If you live in the city, but head for the country every weekend, these are the best vehicles that play on pavement and dirt roads 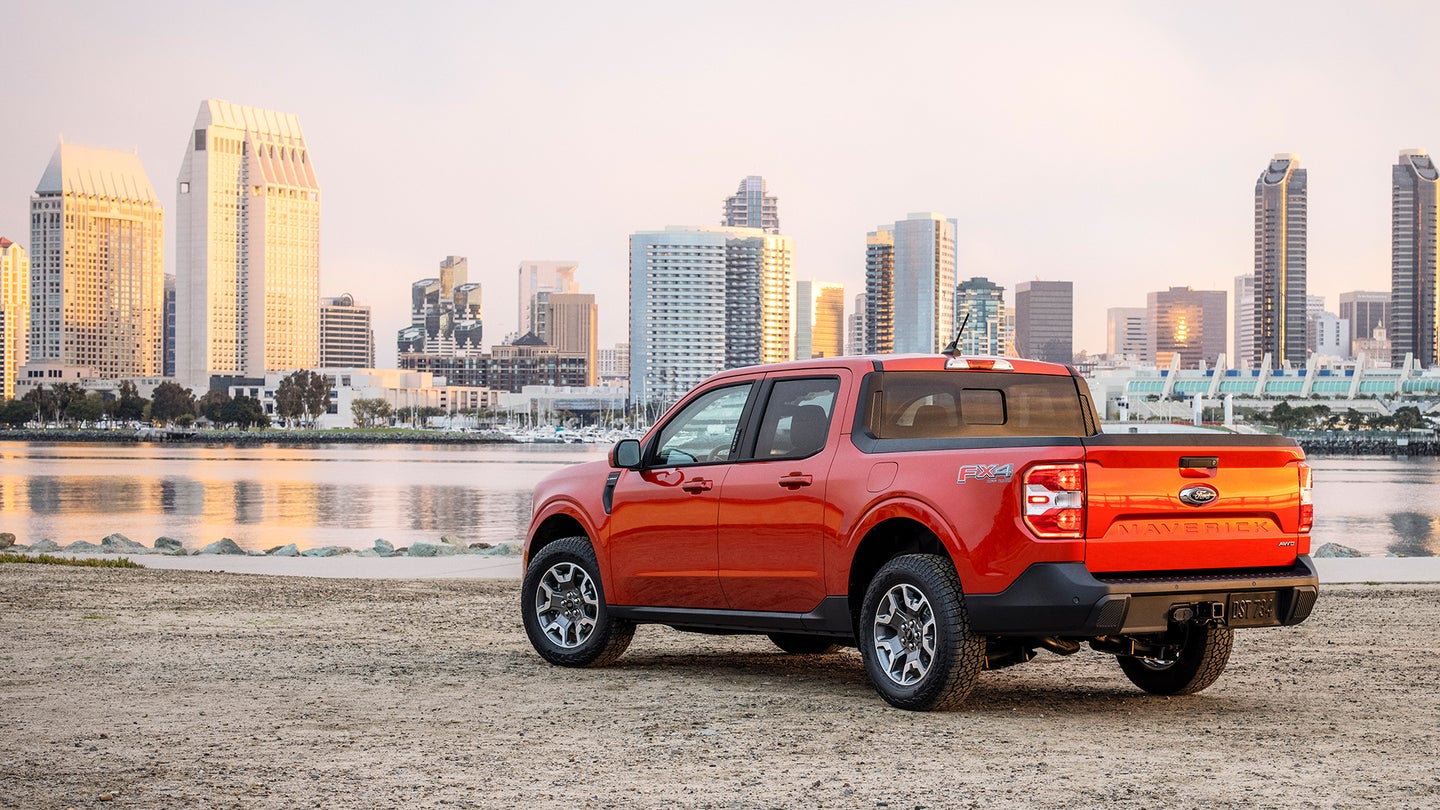 If I had my way, I’d toss my smartphone into the lake, load up an old Land Rover Defender 110, and cruise the mountain roads, hunting and fishing—never to be heard from again. Unfortunately, I have a real job, and 1960s Land Rovers aren’t exactly practical when you live in the city. Plus, I don’t have six figures to drop on a rebuilt Himalaya. For many of us, weekend hunting trips are interrupted by five days of commuting to and from work, trying to safely navigate urban sprawl. If you are an urban hunter—someone who lives in the city, but heads afield whenever time allows—your vehicle has to be able to play on congested freeways and country roads. That requires something very different than the typical hunting truck.

You wouldn’t want to try and parallel park a heavy-duty F-250 downtown, just as a smart car wouldn’t last five seconds on a sloppy two-track. Fortunately, those aren’t the only two options at your disposal. There are a handful of vehicles that can crossover seamlessly from city streets to the backcountry. If you live in a metropolis but hit the mountains, woods, or marsh on the weekend, you have a variety of options.

How Well Can a Hunting Rig Handle City Life?

To earn my recommendation, a hunting vehicle needs to send power to all four wheels and have a sufficient amount of cargo space. It doesn’t have to have the ground clearance of a monster truck, but it needs to be able to handle a rutted dirt road. To work around town, it must be small enough to park easily and have respectable fuel consumption.

Mid-size trucks certainly check these boxes, and so do many SUVs. If you’ve never experienced capable all-wheel drive, you might be surprised at how well it performs off-road and how comfortable the ride is on pavement. On the other hand, you can still get old-school lockers and low-range gearboxes on vehicles that can are small enough to be parked in a downtown garage.

You Have a Ton of Options, But Choose Wisely

There’s no rule that says you have to own a traditional hunting truck, so open your search to include SUVs and wagons, too. Beyond body style, it’s also worth considering what kind of drivetrain you want and what kind of daily duties your next vehicle will be responsible for.

The Subaru Outback is one of the most popular cars among active, outdoorsmen and women, because it’s essentially both an SUV and wagon with a lift kit. That makes it a solid choice for the urban hunter. The Outback has grown in size with every generation since its introduction to the U.S. in 1995, so you have options on the used market if the current generation is too big for your tastes (and don’t forget about the smaller Crosstrek). Subaru built its success on fantastic all-wheel-drive systems and safety ratings, so I wouldn’t hesitate to pick one up for hunting.

People tend to hang on to these cars for a while, so expect to see higher-than-average mileage on used options. That shouldn’t scare you off as long as you get the car checked out by a qualified mechanic before you sign on the dotted line. If you can find a new Outback right now, they are reasonably-priced vehicles that run forever.

Midsize Toyota 4x4s have earned a loyal fanbase over the past several decades. Bulletproof engines and overall toughness helped early Toyota pickups (back before they even got named in the U.S. market) solidify the manufacturer as an off-roading authority. The 4Runner and Tacoma are built on the same platform, so the biggest question is which body style you prefer—SUV or pickup. The ride can be a little rough around town as a result of the body-on-frame design, but not as bad as you’d get from full-size counterparts.

The elephant in the room is a problematic history of frame rust and factory recalls. Fortunately, those issues seem to be a thing of the past and are easy to diagnose on older vehicles. Another thing to watch out for is payload on the Tacomas. Some of them only have a rating of 1,000 pounds, so if you have four 250-pounders in the cab, you’re maxed out.

We all love the Jeep Wrangler, but the Gladiator’s bed makes it a compelling choice for any outdoorsman. Even though it’s a relatively new model, so many parts are carried over from the Wrangler that you shouldn’t be concerned about the unknowns; any bugs should be fixed at this point. Locking Dana 44 axles in the front and rear give the Gladiator legitimate off-roading chops. So does the electronically disconnecting front sway bar. If your style of hunting takes you out of the city and into the rugged back corners of the U.S., give the Gladiator a serious look.

The current Gladiator wasn’t released until model year 2020. That means used vehicles are fairly tough to find and won’t have depreciated as much as older vehicles. On the other hand, they’ll probably have a nice chunk of the warranty left.

The Honda Ridgeline has been called the truck for non-truck people, and that sentiment isn’t wrong. It’s not a knock, because there’s a lot to like about the Ridgeline. Its unibody construction lets it ride more like a car than a truck. That’s something you’ll appreciate every time you bounce over a pothole or need to navigate rush-hour traffic. The all-wheel-drive system should be enough to get you in and out of most hunting spots, especially with a good set of all-terrain tires. Honda has also found creative ways to pack features like a power outlet, hidden trunk, and lighting that’s actually useable into the bed.

There is a large segment of truck buyers who will never consider a Ridgeline because it isn’t a traditional truck. That’s fine; the Ridgeline isn’t for everyone. But if you want a smooth ride during the week and a functional bed on the weekend, it might be for you.

The Best Hunting Truck May Be Ahead of Us

In addition to the current crop of new and used vehicles, the future of dual-purpose hunting vehicles and daily drivers is bright. Ford recently announced the Maverick, which is intended to be smaller and more affordable than the Ranger. This new all-new model will have to go toe-to-toe with an exciting new offering from Hyundai, the Santa Cruz. Both vehicles will come with unibody construction, all-wheel drive, and innovative tech. As more drivers need to balance off-road utility and around-town manners (namely fuel economy, ride quality, and size), I think manufacturers are going to lean into this segment with more options that make the much-maligned Subaru Baja look ahead of its time in hindsight.

The Cost of a Good Hunting Vehicle

Most new vehicles in the midsize truck and SUV categories start around $25,000 and top out around $45,000. As always, shopping used is the best way to save money—as long as you’re comfortable taking on a little more risk and doing a little maintenance yourself. A decent truck or SUV can be had for less than $15,000.

Both body styles have merits. If you hunt any kind of large game, a truck will give you more practicality when it comes time to haul your harvest home. SUVs offer a little more utility in urban areas because the cargo area is secure and waterproof, and some even have a third row of seats.

Get the Most Out of a Mid-Size

Not only can midsize trucks and SUVs hold their own off-road, many of them are far better in the dirt than their full-sized siblings. Their compact size means they can fit in tighter spaces and have less weight to lug around. Some of the best off-roaders out there are the legendary Jeep Wrangler and its Japanese counterpart, the Suzuki Samurai.

Fit your vehicle with a capable set of all-terrain tires and hit the trail. A little extra suspension travel helps, but it isn’t necessary for most people. As long as you have four-wheel or all-wheel drive, you’ll be able to tackle some pretty gnarly terrain.

Sure, you can tow with almost anything. Just make sure your camper, boat, or trailer won’t exceed your vehicle’s tow rating. Pushing the limit has consequences. Expect increased brake wear and stress on your engine and transmission. Towing will have a noticeable effect on your fuel economy, too.

It also matters where you plan on doing your towing. Taking an aluminum boat to the lake every so often is one thing; pulling a camper or horse trailer over the Rockies is something else entirely. If you do your homework and stay within your vehicle’s limits, light towing shouldn’t be a problem.

Most aftermarket modifications aren’t anything to worry about. In fact, it can be hard to find something that hasn’t been tinkered with and you might even find something that already has the parts you’d want to add. Aftermarket intakes, exhaust systems, wheels, tires, and stereos shouldn’t raise any red flags. Take a closer look at engine and suspension work, though, and show some curiosity about anything that’s been repainted. Fresh paint could add value, or it could be covering up Bondo or panels that were replaced after an unreported accident.