Here's how to find pheasants, grouse, woodcock, and quail 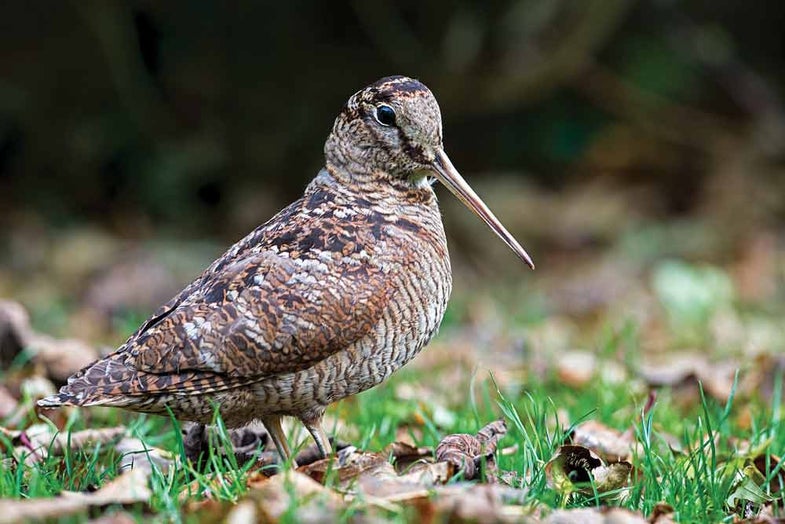 The third week in October lined up with the first frost and the full moon, and woodcock were thicker than fleas on a pointer. Many of the leaves were down, so I uncased my 28-gauge to enjoy a pick-my-shot kind of day. I only shoot pointed birds, but today I wanted to shoot pointed birds that towered in young aspen or white birch.

My setter, Rowdy, had 10 points in wide-open flight covers before I even got to the prime hunting area, but I didn’t pop a cap. Instead, I shot pictures of birds on the ground. One was right next to the river, and when I was done photographing my model, I flushed him across the river. He landed in Mr. Beaumont’s field of thick, winter rye. Hmmm. Ten yards farther, Rowdy pointed again, and we repeated the drill. I took more pictures, flushed the bird, and it, too, flew into the field. Say what? This oddity happened two additional times, so I paused before reaching the aspen and white birch whips. Four woodcock, one field. What the heck?

I learned a critical lesson that day. About 95 percent of the time, you’ll find upland birds in their conventional haunts. But you also need a backup plan. Time of year and weather conditions have an impact on where birds will be and what they’ll eat. Whether you’re chasing, timberdoodles, pheasants, ruffed grouse, or bobwhite quail, strategizing a primary and secondary game plan is critical for success.

Secondary Hunting Locations
At first light, pheasants move from roosting zones into feeding zones; they do the opposite at last light. During these movement times, focus on sloughs, hedgerows, woodland boarders, thick shrubs, and marshes or streams. Check your watch to be sure you’re hunting legally.

Secondary Hunting Locations
After several frosts have killed off the low understory and soft mast, look for grouse in hardwoods, where they focus on buds, sumac, ironwood, dogwood, and locust, among others. Low tangles with dried fruit like raspberries, blackberries, or hawthorn berries are good, as are lines of fir trees, which offer protection from snow.

Secondary Hunting Locations
Flight birds may drop into typical pass-through covers, which are the open areas between the ideal primary and secondary growth. Look for woodcock in the hard and softwood edges along fields planted with winter rye or in the same wood edges that are adjacent to cut row crops. On rainy days, look for them on hillsides; on snowy days, under pine boughs. During a drought, they’ll be near water and in the thickest alder jungle, where it’s cool, dark, and damp.

Early-Season Food
Earthworms and insects such as caterpillars, crickets, grasshoppers, and insect larvae.

Primary Hunting Locations
Early successional fields with an open, grassy ground layer no more than three years old, mixed with pines such as slash, loblolly, longleaf, and shortleaf. Common grasses like Johnson, love, Indian, and switch in the Southeast. In the Midwest, sagebrush, oak flats, tumbleweeds, and plum thickets.