Learn the vocabulary of chattering squirrels, and you can call them into range with these calls 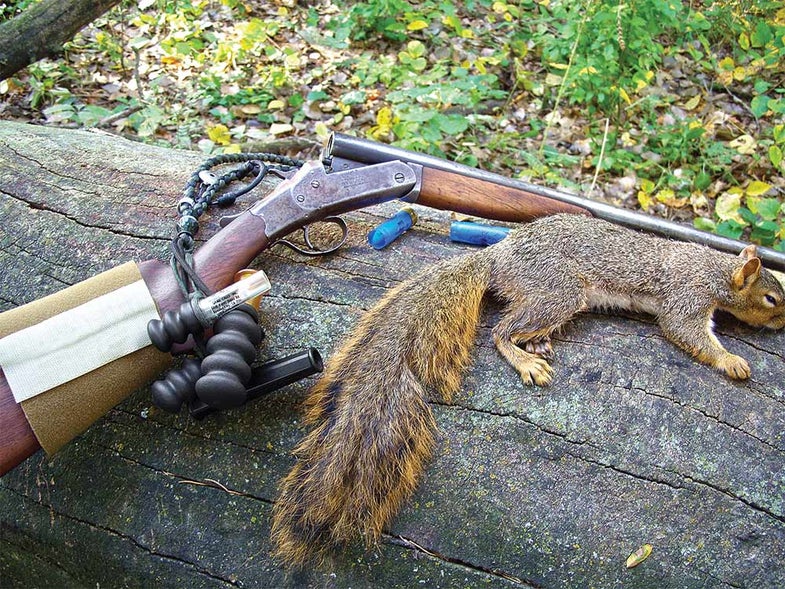 The author bagged this squirrel with his grandfather's singe-shot 16-gauge. Jarrod Spilger
SHARE

Many hunters aren’t aware that squirrels can be called in like turkeys or ducks. On the right day, calling squirrels can be highly effective, drawing them out of leafy bowers and into sight. The trick is knowing what to say.

Squirrel vocabulary consists mainly of chatters and barks. Chatters are a series of fast, staccato notes used to express everything from curiosity to irritation. A bark is a louder, sharper one- or two-note sound often issued as a challenge by territorial males. It’s not uncommon for one or two barks to be followed by a long series of chatters. You’ve probably heard these sharp, annoying vocalizations as you’ve walked through the woods on your way to a deer stand or a turkey set.

The lesser-known whistle or squeal is a distress sound often made by a young squirrel being attacked by a predator. The distress whistle unsettles adult squirrels and encourages them to abandon their treetop hideouts to investigate.

Combining whistles with interspersed barks or chatters creates the illusion of a young squirrel being attacked while onlookers voice their disapproval. Like kids on a playground running to watch a fight, most squirrels within earshot will want to join the fracas. The following calls will help entice curious bushytails to your location.

Cup the Scolder‘s barrel with one hand while quickly compressing the bellows with the palm of the other hand to make rapid-fire chatters. For one-hand operation and to produce sharp barks, give the bellows quick raps with your fingertips or tap the ground.

This easy-to-use bellows-style call from Primos makes ultra-realistic squirrel sounds—everything from barks and chatters to distress squeals—thanks to the integrated whistle in its barrel. Shake the call for a few seconds to make alarm chatters.

Hunters Specialties’ bellows-style call also features a whistle in the barrel. Simply shake it to mimic barks and chatters, or blow the whistle to make baby-squirrel distress calls. The call mimics vocalizations of both gray and fox squirrels.

The DS-85 is a bellows call with an integrated whistle that produces all squirrel sounds. The Mr. Squirrel Whistle, sold with the DS-85, imitates the distress squeal of a young squirrel. Place it between your lips and suck in air to make a whistle.