How to Profile and Hunt 4 Different Types of Bucks

An investigation into the unique behavior of mature whitetail deer, and how you can exploit their tendencies 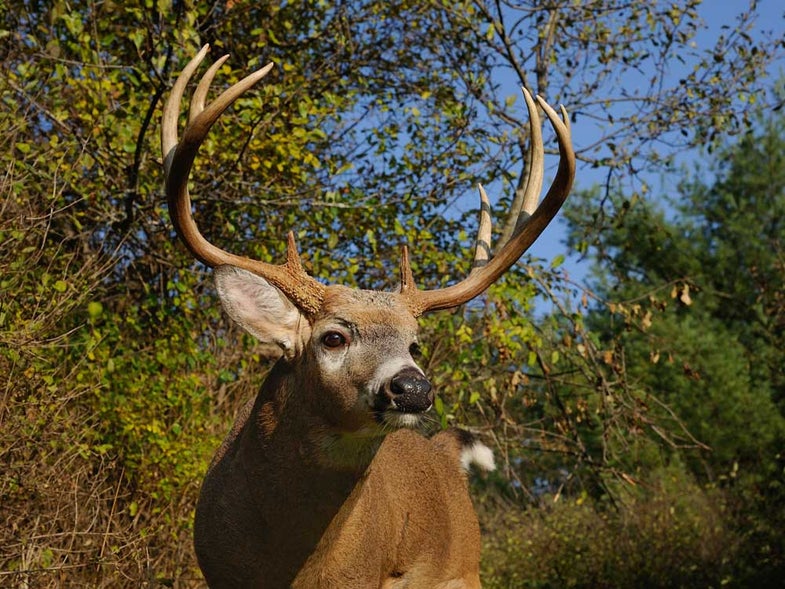 An investigation into the unique behavior of mature whitetails, and how you can exploit their tendencies. Charles Alsheimer
SHARE

A glimpse of wrist-thick antler, a low growling grunt, and a flagging white tail. For most of us, encounters with giant old whitetail bucks are rare and fleeting. So when we do come across these deer, we often misunderstand them and they slip away.

But GPS-collar research and advanced trail-camera scouting techniques are giving us a clearer view into the secretive lives of mature whitetails. Sure, plenty of studies indicate that deer are individuals. But, a deeper dive—­including interviews with experts and a review of countless studies—shows that older bucks can be categorized into personality types. And figuring out a buck’s profile can give you the clues you need to successfully hunt him.

This buck regularly shows up on camera right after other deer arrive at a food source. He displays dominant posture, runs off smaller bucks, and has busted-up tines.

A dominant buck looking for a fight is one of the best types of deer to target, says Dr. Grant Woods, a well-regarded wildlife biologist who specializes in helping landowners set up properties for deer hunting. Woods sets the majority of his cameras to capture video clips of bucks at food plots, salt licks, and other areas where deer congregate because he wants to read individual buck behavior. It’s easier to interpret that behavior through video than it is through a series of photos. The ideal scenario is identifying a mature brawler buck early in the fall.

“When I see a mature buck that is aggressive toward other bucks, I pay attention,” says Woods. “That buck is likely easier to grunt or rattle in. In contrast, when I see a big buck that is always alone and comes in after sunset, I know I have a tough buck to hunt. My time is finite, so why waste my precious hunting days on a buck I might never see? All other things being equal, I’m going after the aggressive buck.”

When you find an aggressive buck, make sure to hunt him hard as soon as weather conditions allow. Brawlers will be vulnerable in the pre-rut phase, and the classic tactic of rattling outside his bedroom can be killer. If you’re not able to bring this buck into bow range early, your neighbor very well might.

This buck will show up one day on all of your cameras at once. Odds are he’ll be cruising through quickly, following a doe, and you’ll only capture fleeting photos of him. Then he’ll disappear for a day or two, and your buddy a couple farms away will have him on his cameras.

Some bucks shift ranges during the fall (we’ll get to that later), but many others go on what wildlife researchers call “excursions.” These are often short (less than 24 hours) walkabouts in which the bucks leave their usual range, likely in search of estrous does.

In one interesting example, University of Tennessee whitetail researcher Ryan Basinger recorded the first breeding between a wild collared buck and wild collared doe on November 19, 2010. The buck and doe stayed together for just 12 hours, and both deer had actually left their normal home ranges. GPS data showed the buck left his range and found the doe at 9 a.m. They moved off and stayed in cover all day, likely breeding during this time. By 9 p.m. that evening, the buck was off cruising again.

The best stand location to waylay such a buck is a rut ­funnel—​an obvious travel route between bedding areas. Look for power-line rights-of-way, cover between agriculture fields, thick river bottoms that connect woodlots, or pinch points between bodies of water.

You’ll have this buck on camera regularly early in the season, then he’ll disappear when hunting pressure increases. If you keep records of your photos, you’ll notice that this happens with the same buck year after year.

Biologists don’t yet know what percentage of bucks relocate from a summer to a fall range, but some certainly do. Dr. Karl Miller, a renowned deer researcher with the University of Georgia, guesses that “maybe 10 percent of bucks relocate,” but many more bucks shift around within their home range as they look for estrous does. Miller points to research done in Pennsylvania by one of his students as a prime example.

For the study, researcher Andy Olson mapped a buck’s movements (via GPS) and found him shifting from one part of his mountainous home range to another in each week of November.

“Clearly the areas of his home range that he used on a weekly basis shifted through the rut,” Miller says.

The takeaway? Minimize hunting pressure on your property, or target public-land spots where other hunters aren’t willing to go. You’ll see more bucks during daylight, and you’ll also have wary old bucks move into your hunting area as the season progresses.

You’ll see this buck all the time when he’s two and three years old. By the time he’s fully mature, sightings will be few and far between, and his trail cam photos will all be night shots. He’s still in the area. You just never see him at your regular stand sites.

As bucks get older, their home range and core areas (the spots within their home range where they spend at least 50 percent of their time) tend to shrink. A study done by Dr. Mickey Hellickson, the chief wildlife biologist at the King Ranch in Texas, found that the home range of bucks shrunk from 2,278 acres at two and a half years old to 1,055 acres at seven and a half. Also, the bucks’ core areas fell from 356 acres to 151 for these same age classes. The number of acres isn’t as important as this: Over the years, a buck finds out where he is safe in daylight.

“If you’re outside a buck’s core by even a little bit, your chances of seeing him are greatly reduced,” says QDMA’s Murphy. “In one instance, I moved a stand just 50 yards—after trail cameras showed what a buck was doing—and then killed him.”

Oftentimes, these homebody bucks are nocturnal. Here, Murphy recounts a ghost-hunting story: “We had one buck that almost never left a 200-acre section in daylight. He had a small home range and moved very little during daylight. Every year our cameras would get him after dark, but we’d never see him in the field. We finally hung two stands right in his core area. It took us two seasons, but we got him. According to the best tooth-aging lab in the U.S., that buck was 15½ years old.”

So besides pure luck, how do you kill a nocturnal homebody buck?

Miller might have the answer. He says some studies indicate that different bucks have different breeding strategies. GPS-collar research has shown that certain bucks continually check on specific doe groups in a small area instead of ranging far and wide to find a doe in heat. So when does in that homebody buck’s area go into estrus, you just might be able to catch a him out in the daylight hours.

To make things even more complicated, many GPS-­collar studies have shown that bucks don’t have home ranges shaped in neat circles, like you might expect. Most have ranges that branch off in aberrant arms and legs.

For a hunter, this means it’s critical to continue gathering clues about a homebody buck all season long. Keep moving trail cameras and stand locations to zero in on his core area. Then, when the wind is right, sneak in and make your shot count.