That makes a total of four medals—and counting—for U.S. shooters 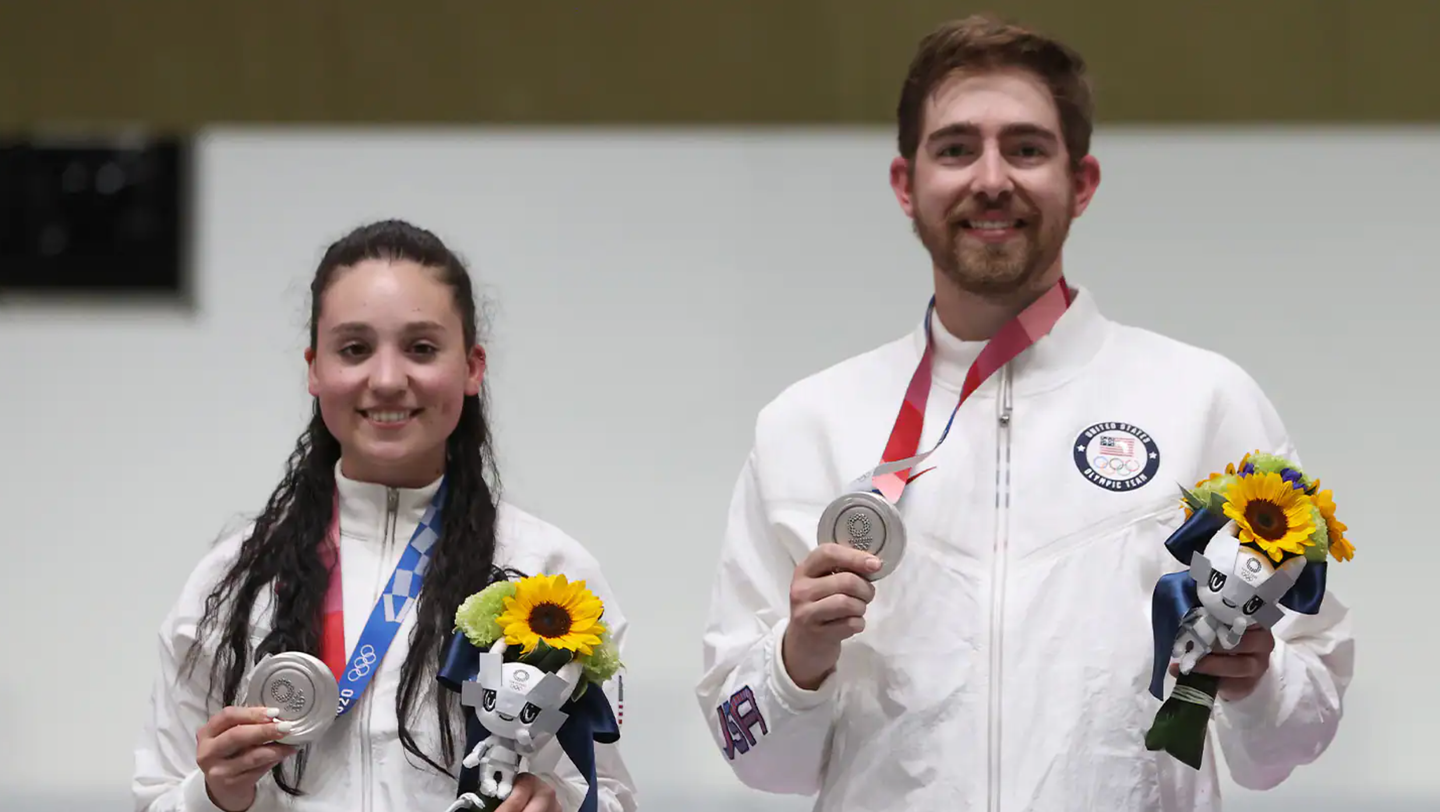 American shooters Mary Carolynn Tucker of Sarasota, Florida, and Lucas Kozeniesky of Raleigh, North Carolina, took silver in the inaugural mixed-team 10-meter air rifle competition on Tuesday at the Summer Olympics in Tokyo. This brings the total medal count won by Team USA shooters to four, with three gold medals and this silver, according to Team USA’s press release. This puts USA shooters in second place behind China, which has eight total medals in shooting events.

The Americans took second after a tight match against China’s team of Yang Qian and Yang Haoran, both of whom already had individual medals coming into the event. The U.S. team led 9-5 at one point before falling behind for a final score of 17-13 as China rallied for gold.

This is the debut of the mixed-team 10-meter air rifle event, with one female and one male shooter on each team. Teammates shoot simultaneously, and their scores are combined. The team with the highest combined score in head-to-head matchups is awarded two points. Ties earn each team a point. Kozeniesky, who competed in Rio during the 2016 Olympics, called the final a roller-coaster event.

“We put up a good fight, and I think, collectively, we shot pretty good,” he says.

“We definitely trusted each other,” Tucker says of her teammate. “I was watching his score, and I just saw consistency, and I knew that my scores were consistent as well…Lucas had a better first [qualifying round], and I had a better second [qualifying round], and then in the final, we were pretty even. So, it’s about knowing your teammate, trusting your teammate and knowing that if you do have a little bit of a stumble, they’re going to pick you up, and vice versa.”

The success of the American shooters has been well received at home, and the Olympians are hopeful their wins garner new participants in their sport.

“I hope that this keeps getting people interested in the sport,” said Tucker. “There’s not a lot of interest in shooting in the U.S., so hopefully us bringing our medal count up to four—and we’ve still got a week to go—hopefully, that will help.”