Why I Don’t Use the Safety on My Rifles

If you’ve watched many hunting shows, you’ve no doubt repeatedly seen this sequence: the hunter spots the animal, then the... 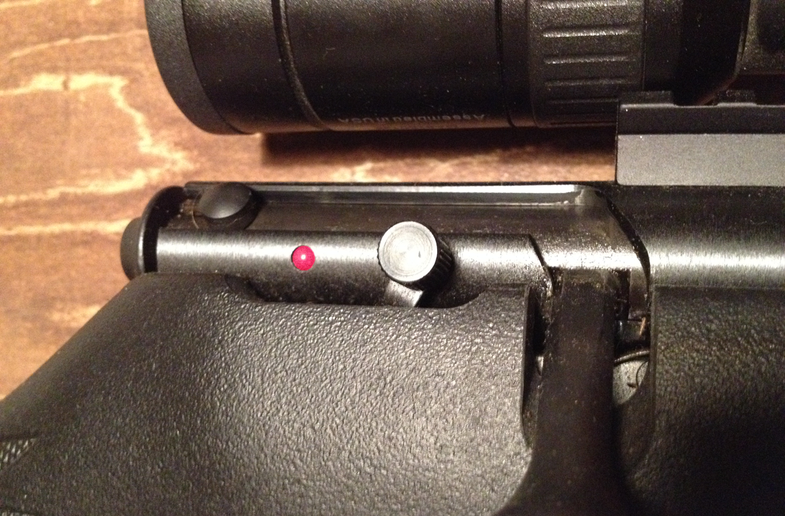 If you’ve watched many hunting shows, you’ve no doubt repeatedly seen this sequence: the hunter spots the animal, then the view shifts to a close-up of the hunter pushing his or her rifle from “safe” to “fire,” and then taking the shot. I find this irritating, almost as irritating as those people who constantly check to make sure their firearm is on “safe” in the field. I know I’m going to stir the pot on this, but I don’t believe in using a mechanical safety while hunting. And I rarely put a rifle on “safe.”

For those with steam piping out your ears at this statement, bear with me.

First off, I was brought up with a strict mindset on gun safety, and I believe in it wholeheartedly. The last thing I ever want to see or hear of is someone injured or killed by a hunting or shooting accident. That being said, I do not believe that the safety mechanism makes a gun safe at all. I have observed instructors pounding the mantra into young shooters of keeping a firearm in the “safe” position until immediately before firing. While the mechanism isn’t a bad thing in itself, it is my opinion that this mentality can and does cause some hunters and shooters to slack in actual gun-safety practices (despite the fact that these same instructors also stress to never depend on a mechanical safety). Instead of being hyper-conscious of the safety, everyone should be practicing these three fundamental rules of gun safety:

If you follow these rules, you will never accidentally injure or kill someone. As far as the mechanical safety goes, it is a well-intentioned device, however I think that just by using it, we are subliminally putting a misplaced trust in it.

To explain what I do with my hunting rifles and why I think my practice is safe, let me go through the three rules in reverse order.

3: Always keep the gun unloaded until you are ready to use it.
To me, this is an empty chamber. A not-cocked gun cannot fire with an empty chamber, no matter how hard it is dropped, etc. Obviously, there are times when you are hunting that you want to have a round in the chamber. If I’m tracking a wounded bear or actively calling predators, I have a round in the chamber, and usually have the safety off because I want to be focused on both the situation at hand, and where my rifle is pointing, not worrying about when the right time to flick the safety off or trying to do it quietly. Some situations allow me to wait until it’s time to shoot to chamber a round.

I’m adamant about checking to make sure guns are unloaded, and every time I see or pick up a rifle with the safety on, it just screams to me that it is cocked and there might be a round in the chamber. Personally, every time I unload a rifle, I either leave the action open or I dry fire to undock it. With just a look, you can tell whether most bolt actions are cocked or not. Many cannot be put on safe without being cocked, and some actions cannot be opened to check whether there’s a round in the action when they’re in the “safe” position.

2: Keep your finger off the trigger until you are ready to shoot.
With the very rare exception, guns don’t just “go off.” It’s pretty basic, but there’s a lot of people out there who still are very sloppy with their trigger fingers. If nothing else, just knowing that if that trigger gets pulled, the gun is going to fire makes me even more anal about keeping out of that trigger guard. Regardless of whether you use the “safety” or not, even if you have a round in the chamber, if the trigger isn’t pulled, the gun won’t fire. If you find yourself in a situation where there is a good chance the trigger might get pulled on accident (by brush or other impediments), then that gun should not have a round in the chamber.

1: Always keep the gun pointed in a safe direction.
There are always those who bring up the accidental discharges of all sorts of natures, but even your rifle is fired accidentally due to a mistake or malfunction, if you are following this rule (and you’d better be), no one will get hurt. I’d wager that every single instance of someone being accidentally shot has this in common: the gun was absolutely not pointed in a safe direction. If you can be hunting with your rifle loaded and still have it pointed in a safe direction, there is no actual necessity to have or use a mechanical safety. Again, knowing that there is a round in the chamber and being aware that if the trigger gets pulled, the gun will fire forces you to consciously be aware of where it’s pointing at ALL times, and really makes you think about all the little things you might do with the safety on, like wait till you get to the truck, or climb over a fence before emptying the chamber because it’s on “safe.”

Although most of the time it’s really not a big deal to take a gun off “safe” just before the shot, and many would call it cheap insurance, I don’t think anyone who chooses not to use the safety is any less safe because of that. A gun pointed in the wrong direction is not safe, whether the safety is engaged or not.

With the constant bombardment of safety rhetoric and safety technology and safety warnings in just about every aspect of our lives, I think that we can agree that safe practices are much more effective and important than any mechanism that is intended to protect us from ourselves. Although all the red dots visible on the actions of the rifles stowed around my house would lead some to believe I am lazy, neglectful, or outright stupid, it is consciously done. No matter how distracted I might appear while handling a gun, I am constantly thinking about where that gun is pointing. Real safety comes from practice (both the verb and the noun), not the object.