We want to know the story of your favorite gun, and what makes it special to you. And, of course,... 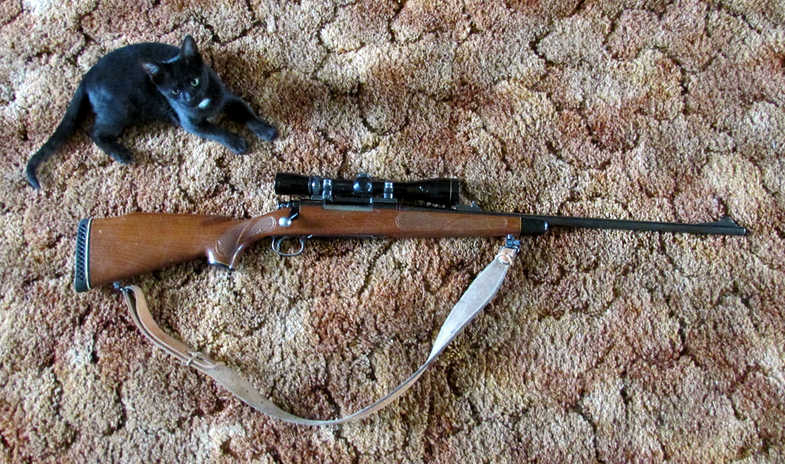 We want to know the story of your favorite gun, and what makes it special to you. And, of course, we want to see a nice picture of it. To share your own, email us at myfavoritegun@outdoorlife.com or submit them here via Facebook.

The year was 1970 and I was working for United Air Lines at the SeaTac Airport as a baggage handler. My 24-year-old interests included muscle cars, mini-skirted young ladies, and magnum rifles (a distant third).

My only hunting rifle at the time was a Marlin 30-30, the perfect caliber for hunting in the woods of western Washington where long shots at deer seldom exceeded 100 yards. Reading Jack O’Connor in Outdoor Life had me thinking that it was time to upgrade to a long-range, flat-shooting caliber like the .270, just in case I ever had an opportunity to hunt in the open sagebrush country, where the “deer and antelope play.”

After reviewing the merits of the .270, comparing it with other similar flat-shooting calibers and fantasizing about hunting big game like elk, I opted for the Remington Model 700 DL 7mm Rem. Mag. It was the best rifle buying decision I ever made and the one I consider my favorite gun. I called my uncle in Iowa with an FFL license regarding the purchase. His response was, “I’m on it.” Shortly thereafter I was $164 poorer and pleased with spending a week’s pay on the rifle ($140), a round trip ticket to Waterloo, Iowa ($14), and a celebratory bottle of Crown Royal ($10).

Fast forward to 1977. I had graduated from college and begun my 30-year-career with the Bureau of Land Management, a job that eventually took me, my wife, and our three kids to the states of Wyoming, Colorado, and finally Nevada. Each fall in each state found me hunting elk, deer, or antelope with my favorite gun, the Seven Mag.

After 45 years of hunting with that gun, I have walked or driven countless miles through a postman’s gamut of weather conditions in order to fill my big game tags. Observing a complete rainbow of beautiful fall colors and supplying my family with healthy, lean venison for the freezer was the frosting on the cake.

Through it all, my gun has acquired some memorable dings and dents and shows signs of wear and tear not unlike its owner. The various hand loads I’ve worked up over the years for antelope, deer, and elk still group 2 inches high and at one minute of angle at 100 yards. My gun still shoots better than I do!

Have I bought many firearms over the years that now far exceed the capacity of my safe? Of course! I’m a sportsman with a love of hunting, the outdoors, reloading, and poking holes in paper. Do I have several guns that are capable of harvesting big game animals? Yes, I do. So, why do I continually reach for the Seven Mag? For the same reason a bird hunter with several hunting dogs prefers and relies on one dog over the others—it does what I want it to do! —Stan Kemmerer