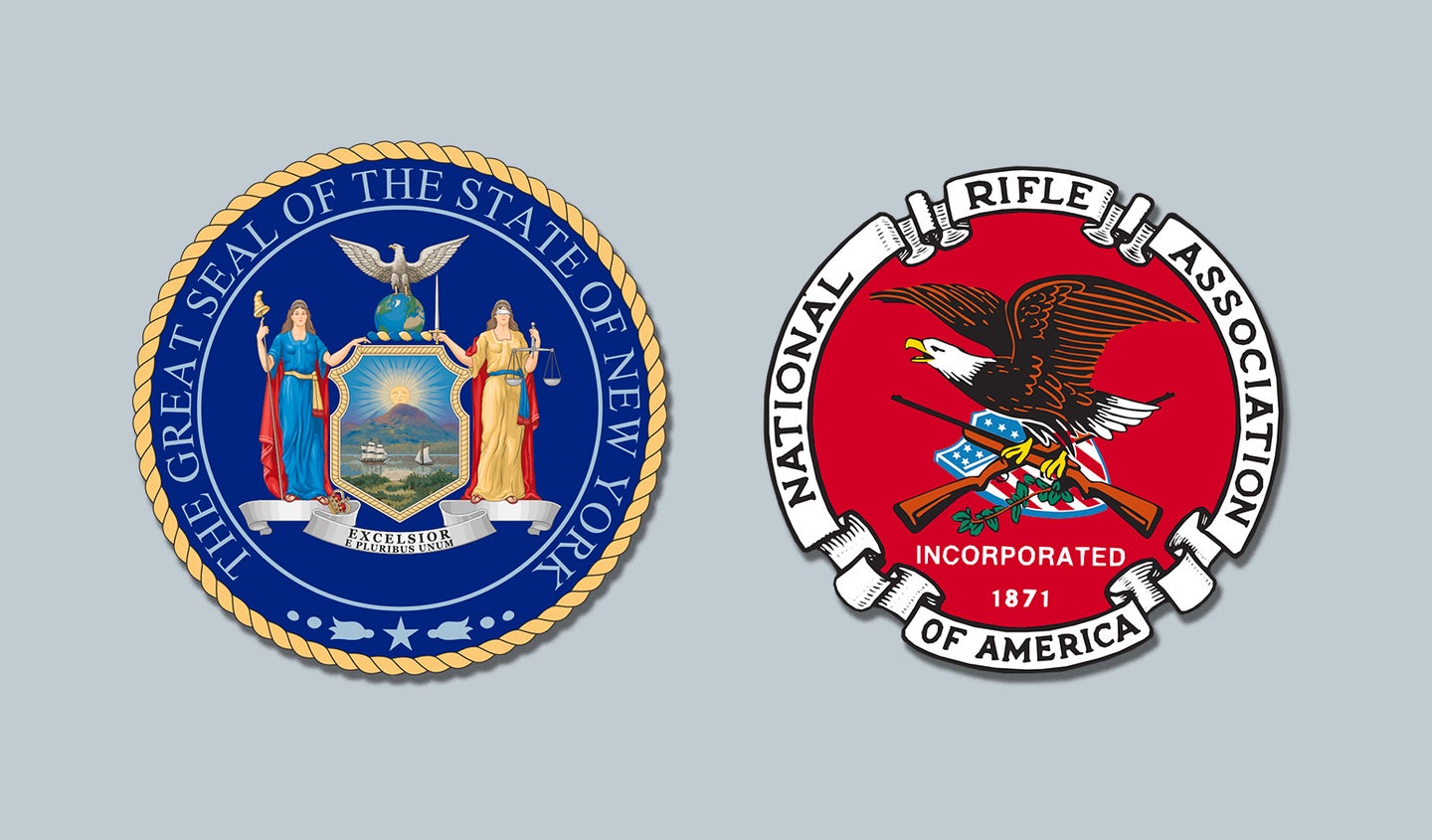 A ruling handed down by a federal judge this week dismissed the National Rifle Association’s filing for Chapter 11 bankruptcy relief in New York state, a step that would have allowed the NRA to reorganize in Texas and move its headquarters there.

As a result, the not-for-profit organization will likely have to battle corruption charges filed last year by New York Attorney General Letitia James, which could potentially result in the dissolution of the NRA.

The decision, handed down by U.S. Bankruptcy Judge Harlin Hale in Dallas, said the NRA did not file for bankruptcy in good faith and that it is, indeed, not in the dire financial straits for which such a filing is intended.

“The NRA filed this case seeking the protection of the Bankruptcy Code to preserve itself as a going concern in the face of litigation that, it argues, poses an existential threat,” the decision states. “Debtors commonly file bankruptcy when faced with a judgement that has, or will, render them insolvent, but the threat against the NRA differs from the classic scenario … The question the Court is faced with is whether the existential threat facing the NRA is the type of threat that the Bankruptcy Code is meant to protect against. The Court believes it is not…the Court finds there is cause to dismiss this bankruptcy case as not having been filed in good faith, both because it was filed to gain an unfair litigation advantage, and because it was filed to avoid a state regulatory scheme.”

Hale could have been harsher. As the NRA pointed out in its statement regarding the dismissal, the court did not elect to appoint a trustee or examiner for the organization. Also, the court dismissed the filing without prejudice. That means the NRA still has the option to file a new bankruptcy case.

The court also didn’t make any ruling that would prevent the NRA from leaving New York. The NRA is also free to contest the dissolution action brought against it by the New York attorney general.

Specifically, Hale wrote in his opinion, dated May 11, “Outside of bankruptcy, the NRA can pay its creditors, continue to fulfill its mission, continue to improve its governance and internal controls, contest dissolution in the NYAG Enforcement Action, and pursue the legal steps necessary to leave New York.”

In its statement, the NRA said it “can still pursue establishing business operations in Texas, and the organization will continue to explore moving its headquarters there from Virginia.”

How Did This All Get Started?

It is common knowledge that the NRA headquarters is in Fairfax, Virginia, so some may find its involvement with New York state confusing. While the HQ is in Virginia (for now) the organization has always been incorporated in New York, the state where it was founded in 1871.

This specific issue goes back to mid-2017 when the NRA was informed by Eric Schneiderman, the New York Attorney General at the time, that he would soon be launching a corruption investigation into the organization.

In response, NRA Executive Vice President Wayne LaPierre, according to his testimony in the bankruptcy trial, decided the “NRA ought to take a look at everything, a 360-degree look to make sure we were in total compliance with New York State not-for-profit law, and if we weren’t, we needed to fix things.” This marks what the NRA calls a major course correction.

The organization then hired a law firm specifically for advice on tax and nonprofit matters. In 2018, it hired another law firm to lend further assistance and prepare for any potential litigation.

On April 19, 2018, the NY Department of Financial Services (NYDFS) sent ominous letters to insurers and financial institutions encouraging them to review their relationships with the NRA.

“…The companies are encouraged to consider whether such ties harm their corporate reputations and jeopardize public safety,” said Gov. Andrew Cuomo’s office in 2018.

About a month later, the NRA filed a complaint in federal court against Cuomo and the NYDFS, alleging they attempted “to deprive the NRA and its constituents of their First Amendment rights to speak freely about gun-related issues and defend their Second Amendment freedoms against encroachment.”

A big development came in July 2018 when several NRA accountants wrote a memo revealing what they believed to be egregious financial issues within the organization and delivered it to the audit committee, composed of NRA board members tasked with conducting fiscal oversight.

The issues included alleged instances of financial mismanagement involving top NRA vendors and executives covering a bevy of issues, including accounts payable procedures, travel and expense reporting, the organization’s procurement and contracts policy, billing practices of vendors, and “improper reimbursement for apartments and living expenses of certain employees and lack of control over vehicle leases obtained by senior management,” according to the bankruptcy decision.

The NRA took immediate action to fix these problems and created new standard operating procedures, as well as revised record keeping and billing practices. It also reminded its vendors about proper invoicing practices by letter.

The decision says, “While most vendors complied with these new measures, some did not. As a result, some contracts with vendors were re-negotiated, and some were terminated.”

Ackerman McQueen, Inc., the NRA’s marketing and public relations firm for decades, was featured heavily in the NRA accountants’ memo, and a disagreement with the organization over its new billing practices resulting in four overlapping lawsuits in Virginia and Texas courts, and one in federal court. This becomes important later.

Skip ahead to Aug. 6, 2020. After a 15-month investigation, the NY attorney general Letitia James filed a complaint in New York state court against the NRA seeking, among other things, the organization’s complete dissolution.

The complaint (165 pages in all) alleges LaPierre “exploited the NRA for his financial benefit and the benefit of a close circle of NRA staff, board members, and vendors,” and levels a litany of alleged offenses.

On Nov. 23, 2020, the NRA hired a law firm to advise on bankruptcy and restructuring options. A company called Sea Girt, LLC, was then formed as “a transition vehicle to facilitate the NRA’s relocation to Texas.”

At an NRA board meeting held Jan. 7, 2021, the board of directors gave LaPierre authority to reorganize and restructure the NRA “for the purposes of cost-minimization, regulatory compliance or otherwise.”

The court decision says bankruptcy or reorganization of the NRA was not mentioned at the meeting and that the board of directors was not informed the NRA was considering Chapter 11.

On Jan. 15, the NRA and Sea Girt filed for Chapter 11 bankruptcy relief.

A month later, Judge Philip Journey filed a motion to appoint an examiner to investigate the governance of the NRA and the actions of its management in relation to the Bankruptcy Code.

On Feb. 10, Ackerman McQueen filed a motion to dismiss the bankruptcy filing, and that got the ball rolling. It was quickly followed by similar motions from James and the Washington D.C. attorney general. All of the overlapping motions were set to be heard during the same trial after a discovery period.

Legal ping pong ensued in the weeks that followed, during which 16 states filed a brief supporting the NRA, while Texas submitted its own supportive brief as well.

The trial over the motions for dismissal began on April 5 and lasted 12 days, during which 23 witnesses were called. Closing arguments were made on May 3, and the judge’s decision came on Tuesday, May 11, dismissing the NRA’s bankruptcy filing.

What’s Comes Next for the NRA’s Case?

The case will now return to New York. Then, in short, everyone will wait while the NRA and the state slug it out.

In a statement, LaPierre said, “We remain an independent organization that can chart its own course, even as we remain in New York to confront our adversaries. The NRA will keep fighting, as we’ve done for 150 years.”

But don’t expect any major developments any time soon. New York state and NRA will exchange evidence for months, well into and possibly through 2022.

And will the NRA be moving to Texas any time soon? That depends on who you ask.

Judge Hale said the NRA is free to “pursue the legal steps necessary” to leave New York, but James has said the NRA will not be able to incorporate in another state without her approval. The NRA said in its statement that it will continue to pursue efforts to relocate, both its incorporated business and headquarters, to Texas.