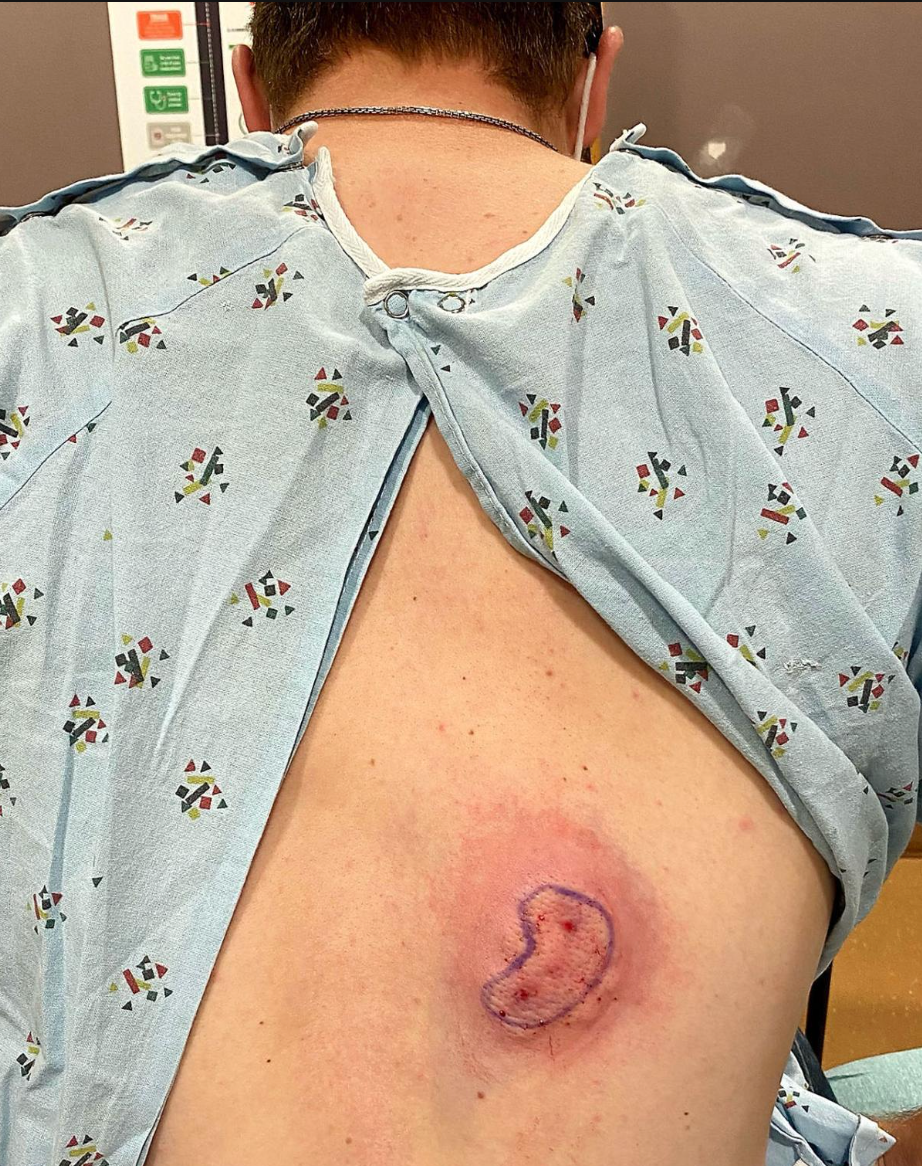 Dalton Roach’s first encounter with a black bear was almost a fatal one. Roach, who is a minor-league pitcher in the St. Louis Cardinals organization, was deer hunting at his family’s farm in Eau Claire, Wis., when the bear approached. He began videoing the bear with his cellphone before it eventually climbed up the tree.

“He was just kind of moseying around. He didn’t look like he was on any kind of a mission or anything,” Roach told the Eau Claire Leader-Telegram on Monday. “But when he got to about 20 yards away, he took a left turn and came directly under my tree.”

Roach didn’t realize the bear was on its way up the tree until he heard some scratching below his treestand, which was about 20 feet off the ground. Next thing he knew, the bear had its paw in his lap. Then he felt his backpack and safety harness tighten—the bear was biting him. Roach spun around with his elbows out wide to try and disengage from the bear, which he estimated to be 250 pounds or more.

“Right when I thought this might be it, I decided I wasn’t going to just go out and it was better to at least try to do something to get out of this situation,” Roach said.

In order to scare the bear away, Roach made himself as big as possible and started yelling at the bear. He had heard that black bears are not aggressive, and that they are typically skittish around humans.

“Luckily, he kind of leaned back, seemed to say, ‘What the heck,’ and eventually got out of the tree,” Roach said.

After the bear climbed down, it circled the base of the tree. Roach nocked an arrow, which was his only line of defense (he had no bear spray or a sidearm). He also called a friend and asked him to drive his truck as close as he could to the treestand. The bear finally began to retreat into the timber, but then stopped and looked back at Roach.

“He didn’t look like he was coming back, but I was still uncomfortable because he was looking at me a little too intently and had just been up in the tree gnawing on me,” Roach said.

After the bear walked out of sight, Roach climbed down and headed to his truck, which was parked a few hundred yards away. It was 5:30 p.m., and he didn’t want to hike to his vehicle in the dark after such a harrowing encounter.

As for the bite, Roach went home with a few puncture marks in the middle of his back. The wound was a little tender, but other than that, he is fine.

“I’m pretty fortunate that it’s not some big nasty bite that took off half my back and that I’m still here and able to talk about it today,” Roach said.

There are an estimated 24,000 black bears in Wisconsin. There are also four different bear seasons that run from Sept. 8 to Oct. 12 in the state. Some of the huntable zones allow hunters to run dogs on bears, other zones only allow for baiting. The application deadline for a bear permit is Dec. 10.