Louisiana Hunter Takes a 260-Pound Boar, and His First Buck, From the Same Stand 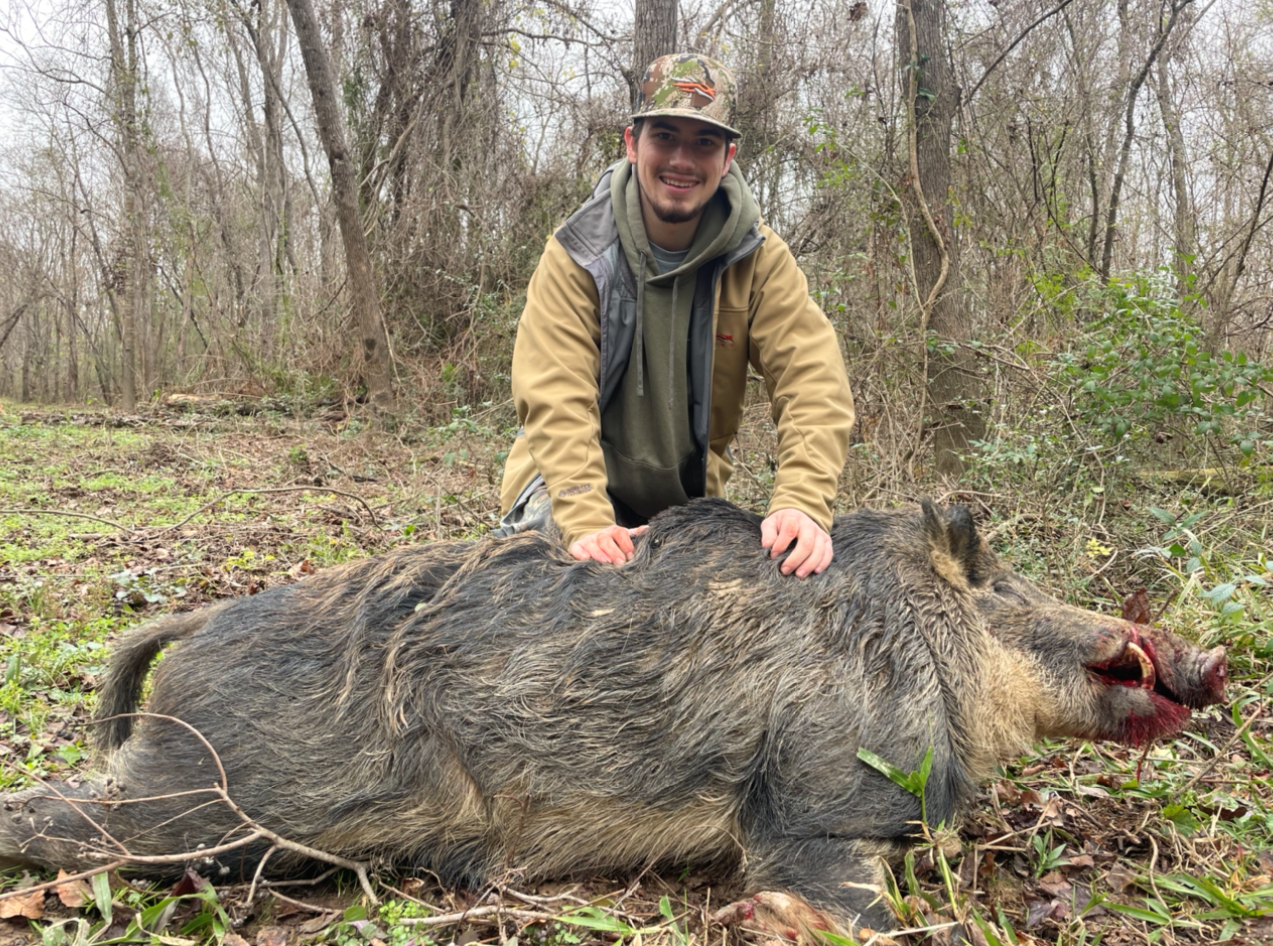 Wild hogs are all too common in the South, and especially in Louisiana where plenty of rivers and lowland bottoms make for ideal feral pig habitat. But when 22-year-old rookie deer hunter Ashton Corcoran climbed into his stand on Dec. 21, he had no idea the wild boar he would see would be the king of all hogs in Washington Parish.

It was only the second season Corcoran had hunted deer, and he’d only taken one whitetail previously, a doe with his bow in October. But that morning was cold, and Corcoran had seen trail cam photos of a good buck on family land north of New Orleans. So he borrowed his brother’s Remington 700 and settled into the stand.

“I got in the stand pretty early, long before daylight, and it was cold,” says the recent graduate of the University of Louisiana-Monroe. “Soon, the sun started to rise and I could see a deer feeder about 50 yards away. Then I noticed a huge black blob moving around. I thought it was a bear it was so big and black.”

Corcoran looked through his scope and saw it was a giant wild hog—the same one that he and family members had seen in nighttime trail camera photos. No one had seen the huge pig during the day.

“We called him ‘The King’ because he was so massive and acted like he ruled the roost,” said Corcoran. “A good number of hogs live in the area because the property isn’t too far from a river. But this pig was different, a real giant.”

Corcoran got settled behind the .243, aimed behind the hog’s shoulder, and squeezed the trigger. At the shot, the hog surged forward—then collapsed dead 20 yards from where it had been hit. Corcoran, his brother Micah, and a friend just barely managed to load the massive animal into the back of the UTV. On a farm scale, the feral hog weighed 260 pounds. The next morning Corcoran returned to the same stand, where he shot a 2-year-old 8-point—his first deer with a rifle.

“It was a heck of a two-day hunt, a real Christmas present for me,” he said.

Corcoran plans to have European skull mounts of both the massive hog head and his 8-point buck to remind him of that hunt.