There’s an old saying: “You can’t have a bird dog without birds.” That’s true. In order for your dog’s prey... 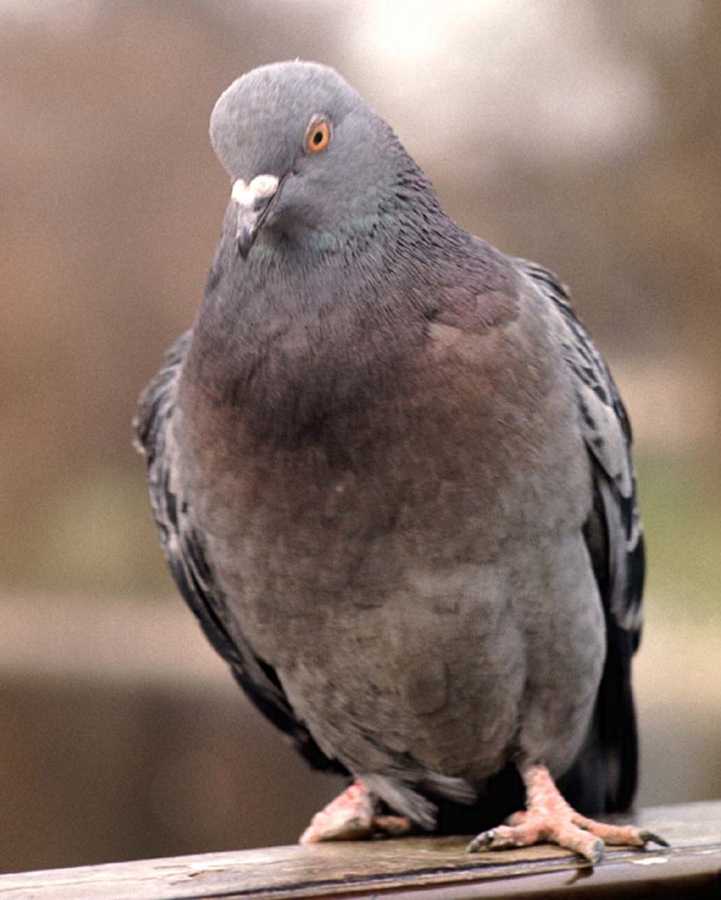 There’s an old saying: “You can’t have a bird dog without birds.”

That’s true. In order for your dog’s prey drive to awaken, develop and reach its maximum, you need to introduce puppies to birds early on. Later in training you need to replicate hunting scenarios repetitively in a consistent manner so that you can teach your dog the reactions you desire from him under specific circumstances and around those birds.

Ideally you’d be able to use the exact bird(s) you’d be hunting with that dog, but that’s not always possible. That’s where the lowly pigeon comes into the picture. They might just be the best training bird a bird dog/waterfowl dog trainer can have, and here’s why:

Numerous: These winged rats are everywhere. You can find them in big cities, small towns, around barns and under highway overpasses. Get permission from a farmer or find a roost in town and odds are you’ll be granted permission to trap or catch the creatures. Supposedly getting after them at night when they’re roosted is the best time to catch them using a flashlight and a fishing net with an extended handle. You can also purchase live traps and try baiting them.

Cheap: If you can’t catch pigeons yourself, you can usually find, or hire a high school kid to do it, someone that will sell them to you for $1 or $2 per bird. That makes much more economical sense than $10-$15 per duck or pheasant.

Puppies: It doesn’t matter if you’re training an upland dog or a waterfowl dog. If you throw a cock pheasant or mallard duck in with an 8-week-old puppy for it’s first encounter with bird scent, you stand a good chance of creating a bird-shy dog via an unpleasant experience. Pigeons, even for puppies, are great introductions to bird scent; quail might be the only other exception to consider.

Smelly: Pigeons aren’t exactly the Martha Stewart of the avian world. They’re dirty and stink…and that’s good! Putting out a lot of scent gets your dog using its nose, whether it’s working on marking and ferreting out a bird in the area of the fall or coming onto first scent and holding point. Lots of scent keeps the dog interested, hunting diligently and using all of its senses.

Hardy: These gray and iridescent birds are tough little things. They can fly hard, even with a chunk of garden hose tied to their legs; take repetitive retrieves/being caught; can withstand being put in a launcher for an extended period of time; are easily dizzied and planted in heavy cover for upland work. Plus, unlike many game birds (quail), they’re easy to care for and can withstand the elements and temperature changes.

Homers: While you can pay for or catch pigeons quite easily, you can also create your own homing flock. While wild-caught pigeons will bolt at the first opportunity (flush, throw or escape), if you can get them to nest and lay eggs, their offspring will consider that home and will eventually return to the coop even after working in the training field. A coopcan be just about any size so long as there’s enough room to accommodate your flock and give them roosting/nesting room. You can build an elaborate indoor-outdoor, walk-in coop or, if you’re limited on space, you can use a rabbit hutch to house a small flock. Hutches work great for suburban trainers; just slip it into the backyard under a tree or between the house and a fence.

Locking wings: One of the coolest attributes of a pigeon are its wings. They’re the only bird (that I know of anyway; or at least ones I’m interested in for dogs) that you can “lock” their wings. Because of how a pigeons wings are structured, you fold one over the other twice and render them incapable of flying or flapping. They can waddle along on the ground, but they’re not going any place in the air. This is handy for keeping a bird in one spot/area when working on pointing, coming into scent or introducing puppies to birds for the first time.

You don’t have to take my word on the benefits of pigeons in training. I’ve heard several pros say that they’re the best bird you can have around, including DT Systems’ pro George Hickox at the seminar I attended last summer/fall.