Why Do Bucks Lose Their Antlers? The Science Behind Sheds

Declining levels of testosterone and increasing minutes of daylight trigger the drop of deer antlers. But injuries and nutrition also play a role 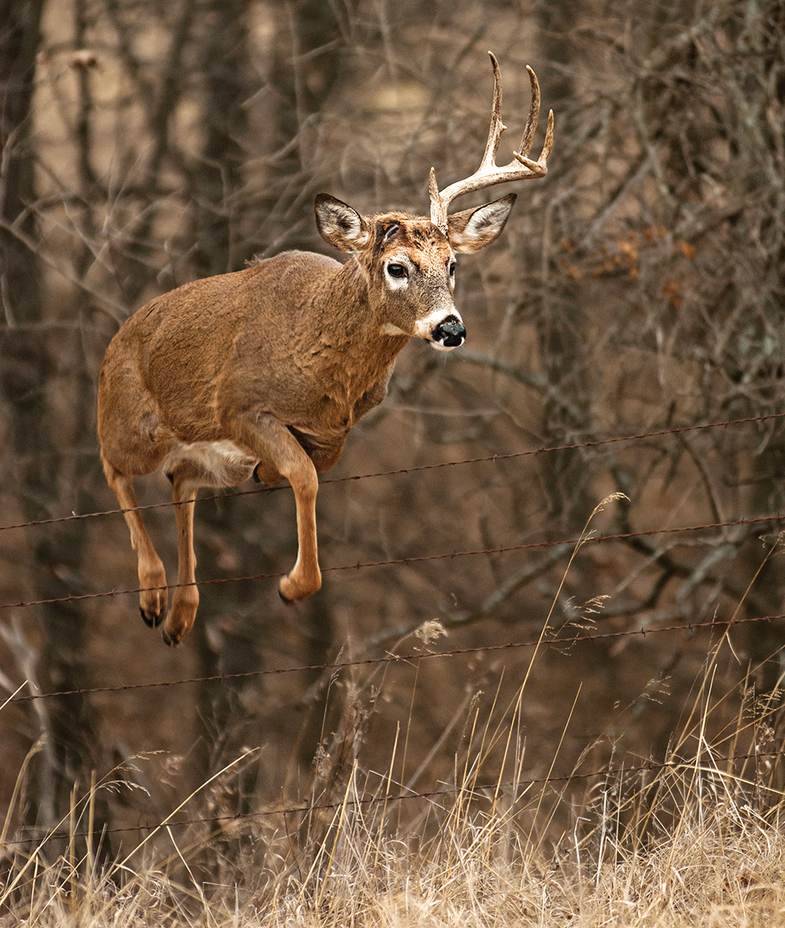 It’s a question every deer hunter has asked at one point or another: Why do members of the deer family shed their antlers when they do? And are there any cues that tip us off about when they are going to shed?

Those are good questions, amplified by the relative inactivity of the off-season. In most places, big-game hunting has ended and early-season turkey hunting hasn’t begun. So we turn to shed hunting, hoping to get a piece of that elusive buck we may have missed during autumn. You’ll be a more effective shed hunter if you understand that members of the deer family shed and regrow antlers based on levels of testosterone and daylight. But, as with most topics, the longer answer is a bit more complicated and depends on a number of variables.

During the spring and summer months, the increasing photoperiod triggers hormones that encourage the growth of antlers. As fall approaches, the decreasing day length results in an increase in testosterone, causing bucks to shed their velvet and prepare their antlers for the upcoming rut. The amount of testosterone peaks in mid fall and begins to decline following the rut, as day length increases into late winter. The decline of testosterone triggers hormones to reabsorb calcium in the bone around the pedicle. This enables the antlers to be shed after some weeks of this testosterone decline.

In captivity, bucks often shed antlers within a few days of one another, but in the wild a number of factors influence antler shedding, including region, nutrition, stress, and injury. Antler shedding in northern latitudes often occurs around January and February, but in southern latitudes it can range from January to April.

Individuals in poor body condition may shed their antlers before deer with adequate food resources. Stressors such as a harsh winter or injuries that may have occurred during antler growth often result in earlier antler shedding as well.

Serious shed hunters who have tracked for several years the week or two when deer in their area cast their antlers will be at an advantage over those of us who go shed hunting on the odd weekend when the weather allows. But, just like hunting the bucks themselves, finding their freshly dropped sheds is largely a matter of luck and paying attention to both big trends and a few small details.