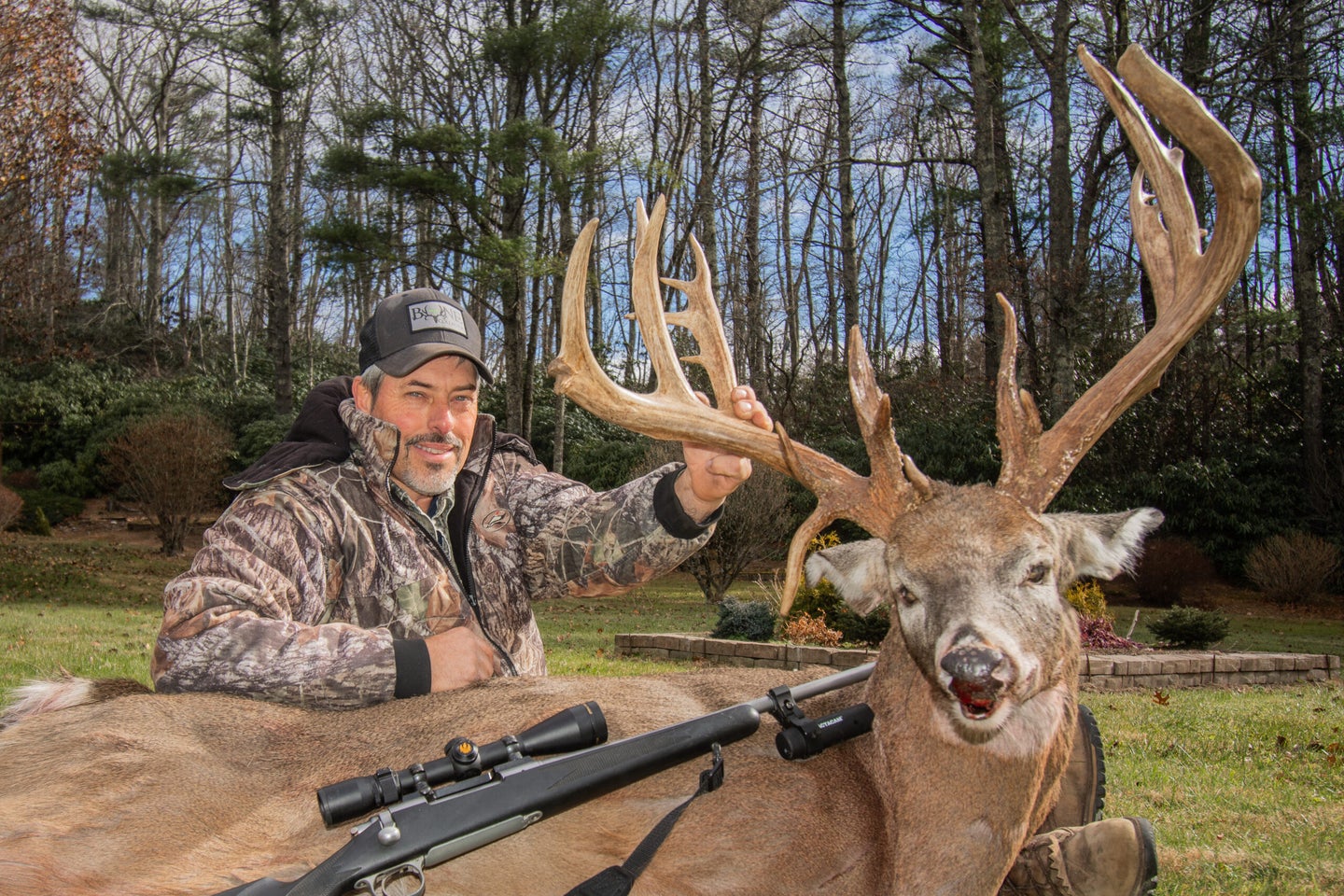 Vincent Clark’s giant buck will go down as the fifth biggest nontypical whitetail taken in North Carolina. It was recently scored at the Dixie Deer Classic, which was held March 4-6 at the North Carolina State Fairgrounds in Raleigh. It’s a whitetail hunters’ gathering where folks bring their bucks in for official scoring.

Boone & Crockett Club scorers measured Clark’s buck, which was killed in the rugged western Appalachian Mountains region of North Carolina—not a place that’s known for growing giant deer. Clark’s hunt for the buck was previously detailed in a December Outdoor Life story, and the culmination of that hunt was getting the mounted buck officially scored.

The remarkable rack has heavy mass, with all kinds of kickers jutting off the main points. It has heavy split browtines, one of which is palmated. The 4×4 frame has 15 measurable nontypical points, including a long and distinctive drop tine.

Scored officially as a nontypical deer, its 23 points measured 203 0/8 inches. It falls a little more than 25 inches short of the all-time state record. Clark won “Best in Show” at the Dixie Deer Classic, according to Carolina Sportsman, but he received no prizes or cash awards for his deer. However, that’s not the point of the Dixie Deer Classic anyway. He got the chance to share a truly once-in-a-lifetime trophy buck with a bunch of other deer hunters.

Clark took the 200-pound buck at about 5 p.m. from a box blind overlooking a small private-land food plot. It was a 100-yard shot, and the old buck ran only a shot distance before falling. Clark said he never could pattern the buck but had gotten several trail camera pictures of him.