After watching the buck grow over the past four years, bowhunter Josh Heuser arrowed his very own Missouri Monarch at the end of September 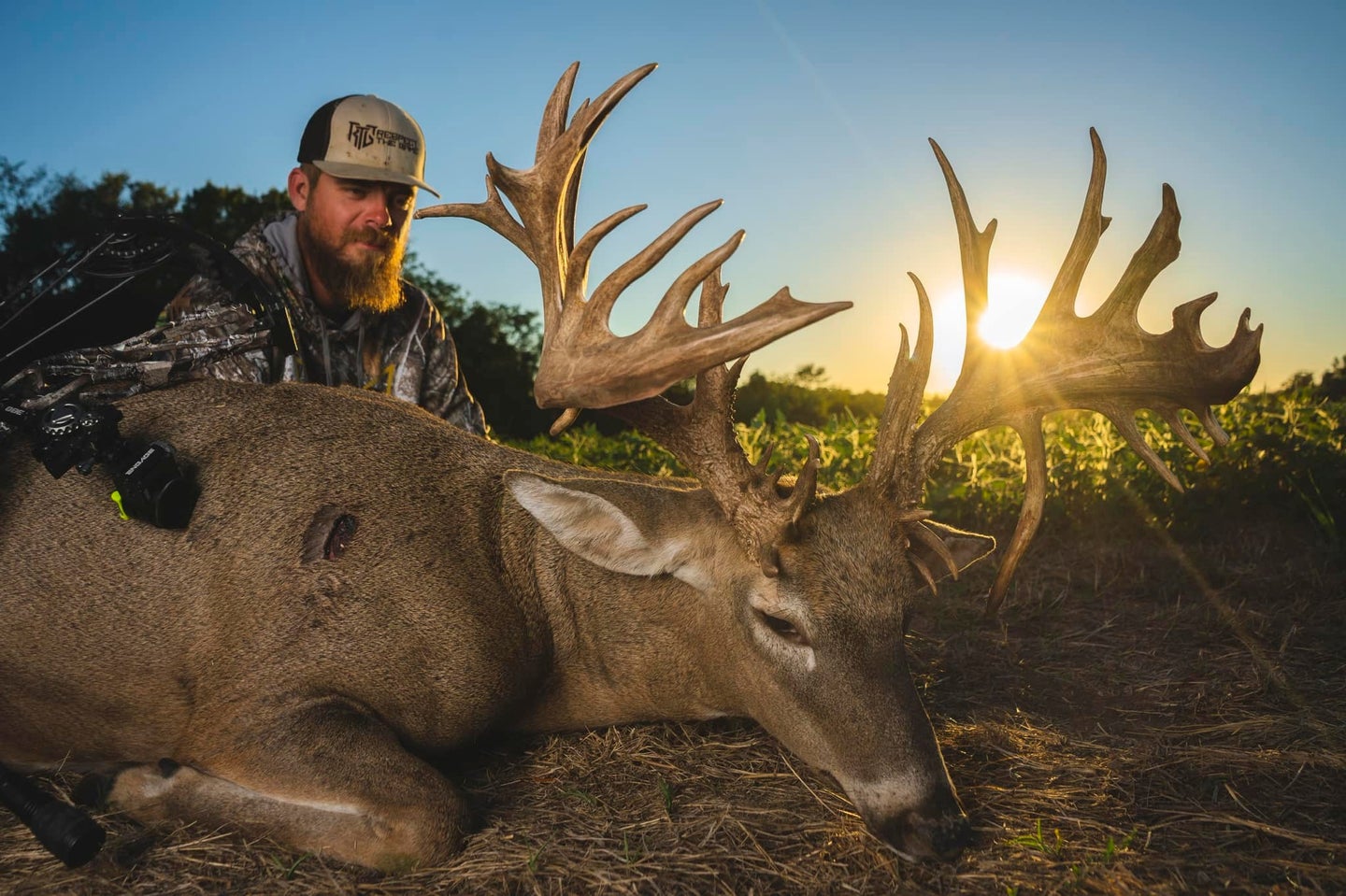 Bowhunter Josh Heuser tagged “a buck of 10 lifetimes” on Sept. 27 while hunting in his home state of Missouri. That’s according to Clint Schwach, who captured some beautiful photographs of Heuser’s goliath whitetail. The buck is an absolute stunner, and more than a few people have already wondered aloud if the deer could be a new Missouri state archery record. That record currently belongs to Randy Simonitch, who arrowed a 269 7/8-inch nontypical whitetail in Pike County in 2000.

Heuser, who is one of the hosts of “Respect the Game TV”, has not yet responded to interview requests from Outdoor Life. He did, however, participate in a formal interview with North American Whitetail. The magazine plans to publish the full story of Heuser’s hunt for the buck he nicknamed “Louis” in its December/January issue.

NAW published an abbreviated version of the story on their website yesterday, which you can read here. It explains that Heuser had been watching the giant non-typical for years, and he arrowed it from roughly 25 yards away while standing 12 feet off the ground on the limb of a hackberry tree. It also includes the one key detail that we’ve all been waiting for: the buck’s potential score. According to NAW, certified Boone & Crockett measurer Cameron Coble came out to rough score the buck soon after it was harvested. Coble gave it a “green” gross score of 236 2/8 and a net score of 254 3/8. The rack had 36 scoreable points, and if the preliminary score holds up over the mandatory 60-day drying period, that would make “Louis” the fourth biggest non-typical buck ever taken with archery gear in Missouri.

“Josh Heuser, son of Kent Heuser, just shot the biggest free range Missouri buck I have ever seen! I am sure that we will hear more about this buck over the next year,” Jesse Maruschak, an experienced public land hunter wrote in a Facebook post on Sept. 29.

According to social media posts by the hunter himself, Heuser had a long history with the deer. He had watched the buck grow since 2018, which he proved by sharing trail cam photos on Facebook of the deer over the years.

“Us four covered countless miles in the pickup this summer,” wrote Houser, who said that bringing his family along to scout made the whole experience even more memorable. “The kids would watch movies in the backseat while I glassed. Truck piled with snacks and juices we were ready to roll. 5 years of watching him came to a close.”

For a proud Missourian like Heuser, the deer belongs in the same class as the Missouri Monarch, the standing world-record non-typical whitetail buck that was found dead in St. Louis County in 1981. Even if it doesn’t set a new record for the biggest buck ever arrowed in the Show Me State, the deer represents the pinnacle of Heuser’s whitetail hunting career, which he alluded to in a heartfelt Facebook post on Sept. 28.

Read Next: The Biggest Nontypical Whitetails of All Time

“As a child I dreamt of an animal like this. I would hide behind trees in the yard with a BB gun and pretend to shoot big bucks,” Heuser wrote. “For this story to come to an end after many prayers. Many selfish prayers I may add is just incredible. I’m still in shock. My very own Missouri Monarch. 5 long years of watching this deer is finally over. I learned a lot about myself on this journey. (Louis) you played one hell of a chess match. For everyone that helped me along the way I say thank you. Your presence and love goes farther than y’all think.”