Hunting Creates Bonds Between Friends and Family Like Nothing Else Can 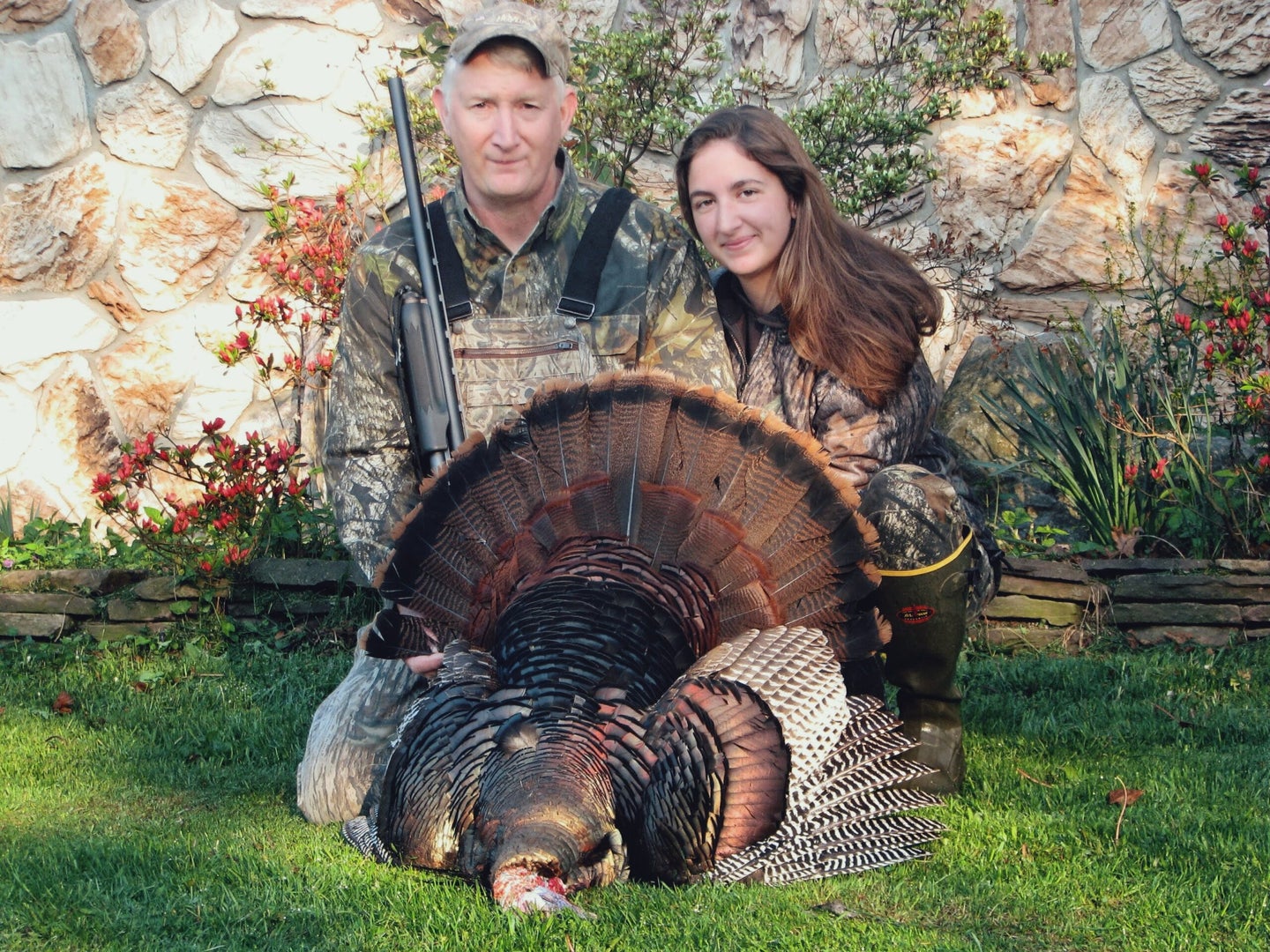 The author and her father with a spring gobbler. Beka Garris
SHARE

The rain was a light mist around us, hanging on the brim of my hat and the newly budding trees. My dad and I sat on the ground shoulder to shoulder, our backs against a rotting log as we listened for the sound of a distant gobble.

We never did hear one that day, but I remember that particular hunt anyway. From the age of seven to well into my teens, I spent turkey season with my dad. It was always something we did together. The best times we’ve spent together have been in the woods.

That doesn’t mean we have to kill something to make it memorable. (If it did, the memories would be few and far between, with just a few tags in such a long season.) I can clearly recall rainy days where neither of us spotted a single turkey or deer. Instead, we enjoyed hiking the miles over ridges and hills, remembering past hunts, and stopping to take pictures of trout lilies, dogwood blossoms, and the occasional salamander. I remember plenty about those hunts, but I don’t remember any real feeling of time passing. In those woods we were far from technology and society, and we were able to simply be present with each other. Some people may find it odd that my core childhood memories of time spent with my dad revolve around swamp muck, heavy shotguns, and hand-me-down camo. But I wouldn’t have it any other way.

There is a certain level of trust that comes when hunting with someone. The trust I had for my father to teach me the ways of the hunt and firearm safety, was reflected in his trust in me to learn and follow his instructions. Over the years we began to work as a team, knowing instinctively that if my dad was looking on one side of the tree for a bobbing red head, I would be looking on the other side. If I was the one to hold the gun while my dad called a turkey in, I knew that he would be the one holding the shotgun next time.

In my mid-twenties I moved to southern Ohio for work. Starting fresh in a state where I knew no one was difficult, but I eventually met Jen through social media. She and I spent a good bit of time bowfishing together that first summer I was in Ohio, and eventually she invited me to come along on her 8-year-old daughter’s first turkey hunt that following spring.

Apart from those hunts with my dad when I was younger, I did most of my hunting alone. So I was unsure how it would go. Spending hours together in close quarters in a ground blind is a fast—and potentially unpleasant—way to learn whether you enjoy the company of the people you’re hunting with. But my risk was rewarded with a new hunting buddy. It was as if the three of us had hunted together for years.

Partly we bonded over working toward a common goal: getting Jen’s little girl her first turkey. We hunted for two days, hiking a few ridges and taking time for the little stuff, like making wishes on fluffy dandelions. When Savannah finally got her shot at a gobbler, she sent him flopping with one shot from her .410. As the sun sank behind us into the bright pink sky, the three of us celebrated a moment that may not have happened without each other. Jen had invited me along on that hunt not knowing how well it would go. We all got lucky, because it went far better than any of us would have imagined. Getting to see Savannah kill her first turkey was incredibly special. It reminded me of my own first turkey, but it also kept me firmly planted in the present, in the childhood unfolding in front of me.

For the next few years, I hunted every youth turkey season with Jen and Savannah. We didn’t see each other much when it wasn’t hunting season. We were all busy. But when we got together to turkey hunt every year, it felt like no time had passed.

I have often tried to put my finger on why hunting with someone seems to create a better friendship than doing almost any other activity. Perhaps it has something to do with the trust that comes with sharing your favorite hunting spot or knowing that the gun you are borrowing from your dad was passed down from your great grandfather. Maybe it’s the simple act of sharing your love of the outdoors. Maybe it’s that you and your hunting buddy experience together the highest highs of a successful hunt, and the lowest lows of a missed or lost animal, as if the day’s outcome belongs to both of you equally. It’s a big ask to share that with someone, especially of hunters who so look forward to their time alone in the woods. In the darkness of dawn or the coolness of the forest floor, conversation seems to come easier and words seem to take on more weight.

Over the years I have hunted with many people: family like my dad, and people like Jen, who started out as fellow hunters and left as friends. I have my own daughter now, and although she’s still just a toddler, we’re forging the same bond I’ve forged a handful of times before. It’s a strong one, and just like the others, special in its own way.