Dog treats made from nutria helps save marsh habitat, and keeps canines happy, too 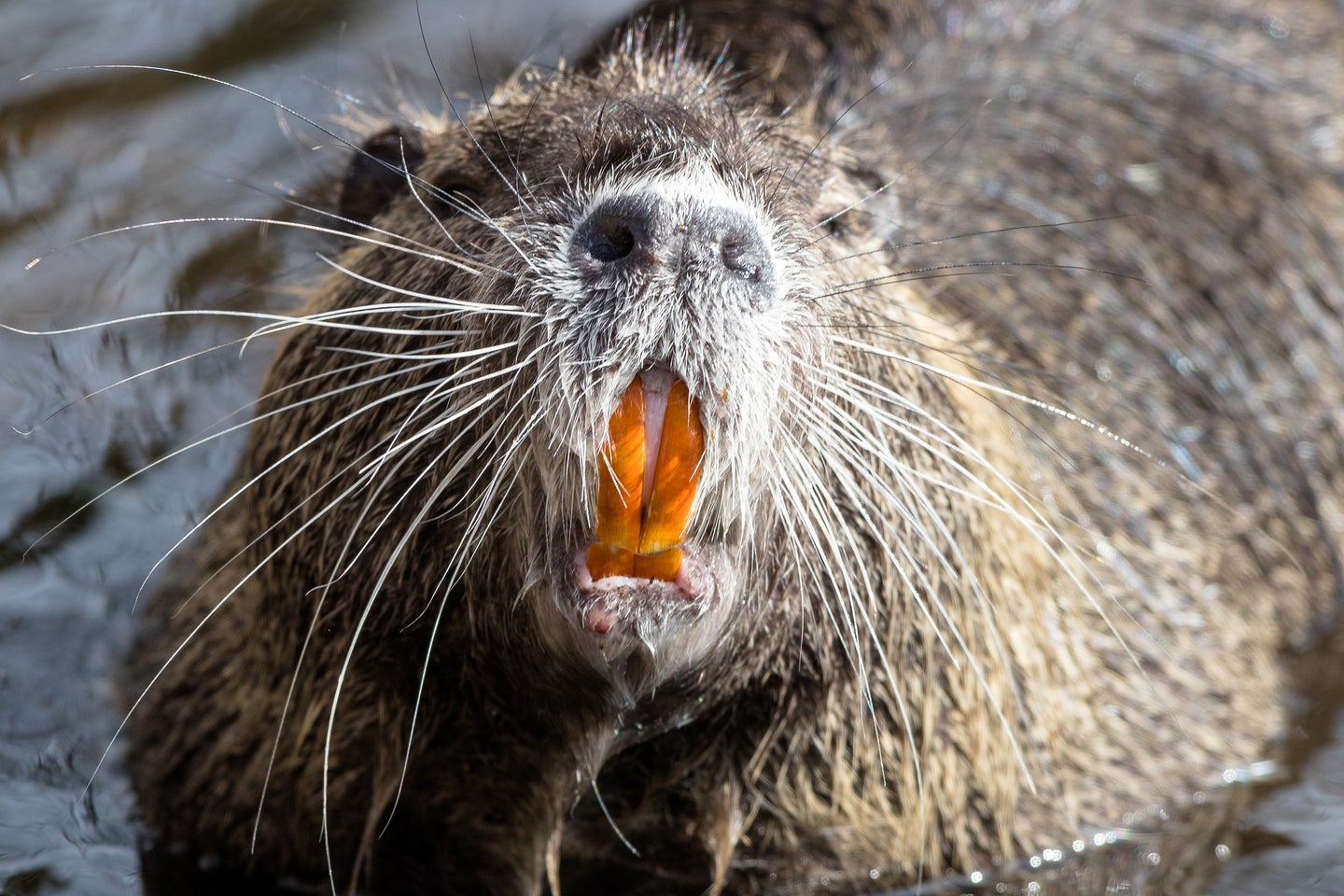 One of the more innovative uses for incentivizing the removal of a devastating invasive rodent from American shores could also help you train your dog. The family-owned company Marsh Dog, started in Louisiana in 2012, sells three versions of soft and crunchy dog treats made with meat from nutria—the buck-tooth invasive rodent that has destroyed countless miles of marsh grass, chiefly in Louisiana. This summer, the company was bought by Chasing Our Tails, a Minnesota-based dog treat and food company that plans to add Asian carp treats to its lineup, too.

“We look forward to continuing the legacy of the Harlan family’s work while expanding the product line to include other US invasive species,” said founder Stephen Trachtenberg. “Our first line addition will be Asian Carp which is an invasive species in Minnesota and several US waterways. We firmly believe that every canine can help in the conservation effort and that Marsh Dog will be an integral part of a solution to invasive species.”

Marsh Dog currently offers three flavors of nutria treats, with two textures: soft Wild Nutria Blueberry, chewy Wild Nutria Grain-Free Cranberry, and chewy Wild Nutria Brown Rice and Sweet Potato. Most any pup would find something in that group to savor. On its website, the company touts the all-natural “eco-sustainable treats for the canine conservationist” that are sourced, manufactured, and packaged in the U.S. The Marsh Dog folks say using wild nutria seemed like an ideal method of utilizing the animal’s meat for an eco-friendly purpose — feeding dogs, while also helping rid dwindling marsh habitats of the invasive rodent.

“Lower in fat and cholesterol than turkey, and free of hormones and antibiotics, nutria is a high quality dense protein source similar in taste to rabbit,” reads the Marsh Dog website. “Dogs love this healthy alternative protein.”

Nutria are vegetarians, weighing up to 12 pounds in size. They devour plant base stems and dig for roots and rhizomes. Almost anything that grows is on the nutria menu, as they’re known to feed on more than 60 species. They consume agricultural crops like rice and sugarcane, and they’re wasteful, too, since they consume only 10 percent of what they cut down. Nutria act like a “mammalian lawn mower” eating plants, roots and all, and leaving huge areas of bare mud. Without roots to hold it, the ground simply washes away. Nutria construct burrows in banks of rivers, sloughs, and ponds, causing considerable erosion. Burrows weaken roadbeds, stream banks, dams, and dikes, which may collapse when soil is saturated by rain or high water.

In 1938, 20 nutria were introduced to Louisiana from their native range in South America to inject the fur market with more trapping opportunity. Within 20 years, the population exceed 20 million. By 1962, Nutria had replaced the native muskrat as the leading furbearer in Louisiana. Nutria are highly adaptable, found in 18 states across the U.S., wreaking havoc wherever they exist. In 2018 Louisiana state officials reported over 16,000 acres of wetlands had been impacted by nutria. Over 100,000 acres of marsh have been destroyed by the animals. hey breed year-round with up to 13 animals per litter, three litters per year, with young able to swim and feed on marsh grass only five days after birth.

Read Next: Hunting Nutria in the Louisiana Bayou

Louisiana has a nutria bounty of $6 per animal. From 2002 to 2017 hunters and trappers removed five million nutria from Louisiana’s wetlands and marshes. The state wants to remove 400,000 nutria annually to prevent drastic marsh damage. Marsh Dog argues that taxpayers shouldn’t have to shoulder the $2 million burden of funding the bounty.

“The program incentivizes the removal of nutria from wetlands to stop further land loss by providing a bounty at taxpayer expense,” reads the website. “The fur and the highly nutritious lean meat of Nutria was not being utilized…Today, owners across the USA can offer their dogs a healthy alternative treat while supporting science-based wetland conservation.”