Want to Honor Our Military Veterans? Take Them Hunting

Help bring military veterans and the hunting community together this fall 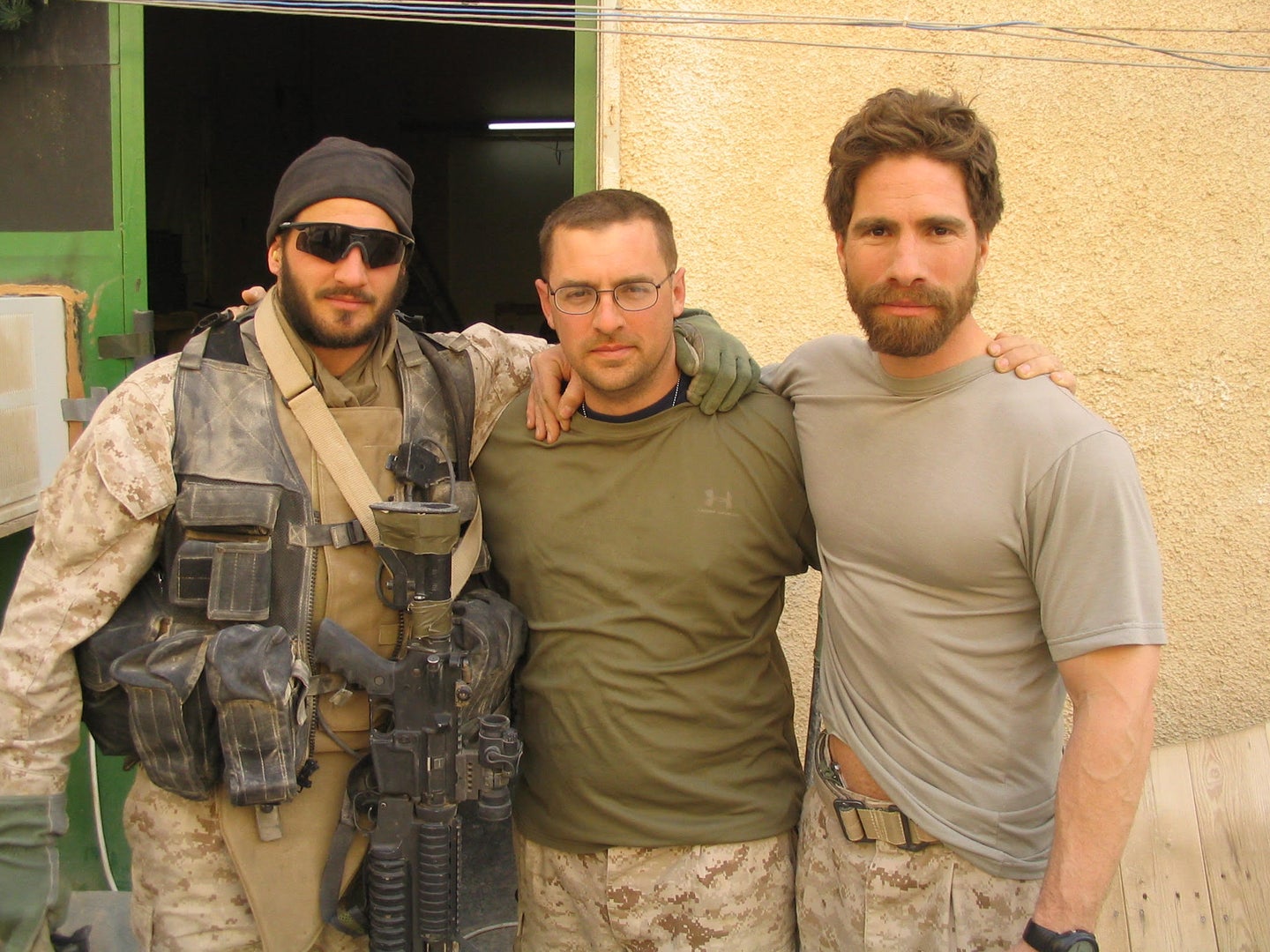 The author, middle, during his career as a Marine. Russell Worth Parker
SHARE

I never wanted to be anything but a United States Marine. Now, twenty-seven years after earning the title, I am preparing to spend my first Veteran’s Day as a civilian, a status in which I’ve spent fewer years of my life than those in a uniform. Perhaps it was inevitable. I am but one of seven Marines in my family, with a cousin now on a journey to become the eighth. The other services are represented in my family as well, all the way back to Gettysburg. I never considered the Corps an option, just a natural extension of my citizenship, a stop on the trail of my life.

Though I generally enjoyed my decades in the Corps, I am truly enjoying my reacquaintance with life as “just Worth.” A friend and 30-year, three-war Marine calls it a “reclamation of self” and it is incredibly liberating after years as “Lieutenant Colonel Parker.” Still, having gone from belonging to something larger than myself, a sense made visibly manifest by a uniform, to the decidedly solitary pursuit of writing, sometimes I feel that I’ve lost something I can’t get back.

At the trial in which he was sentenced to death, Socrates famously declared, “[t]he unexamined life is not worth living.” For me, military service was about accumulating experiences as a means of examining life. Sometimes it is like living with the volume turned all the way up; a series of razor’s edge moments connected by stunning levels of boredom or discomfort or hysterical laughter. Those conditions, and the sometimes closer-than-blood connections born of them, are exactly what I sought. They’re also the primary thing I miss. I cannot revisit some of the most intense moments I experienced over three decades. I’d likely skip a repeat of some of them. But in civilian life, I’ve found the essence of the best of them afield, in the company of hunters.

Finding Connection in the Field

The moments of clarity and meaning and the quiet sense of belonging I find under open sky exceed even the value of the game I’m hunting. That matters. Veterans who experience difficulty on re-entering civilian life report loss of identity and a sense of belonging as the chief reasons. It’s hardly surprising. Military culture, and success within it, is built upon continuing acculturation and increasingly difficult standards. Simultaneously, only 7% of the American population are veterans of military service, a fact that makes it all the more difficult for returning veterans to connect, particularly in rural areas with less dense populations.

Veterans are not the only culture that needs connections to thrive. In the most recent census, conducted in 2016, only 11.5 million Americans reported themselves as hunters. This in a nation of 321 million people. Hunting is getting harder, particularly for those of us in places without a strong public lands tradition. Land access, ammunition shortages, and the simple fact that, as with veterans, fewer and fewer Americans know a hunter, much less how to hunt, conspire to put hunting on the wane. Time conspires against us too, we are all scheduled to levels of absurdity, overcome with time and effort saving devices and their inexhaustible appetites for the data we must feed them, leaving me wondering who is mastering who?

This is not to imply there are not hunters, veterans and civilians alike, offering a tribe to veterans. I am regularly contacted by people looking to extend deeply generous efforts; group hunts, fishing tournaments, and adaptive hunting clinics for wounded veterans. But frankly, a two-day hog shoot does not a hunter make. I say that with more than a year in the seat as the Backcountry Hunters and Anglers Armed Forces Initiative President at Camp Lejeune, North Carolina. My sole purpose has been to recruit, reawaken, and retain military hunters and anglers in the hope of building a tribe that will survive beyond their years of military service. It’s hard. But like any good Marine, I see opportunity in difficulty, one both sublime in its simplicity and stunning in its challenges.

Just like military service, hunting requires progressive acculturation and increasing standards. That fact makes veterans fertile ground for the creation of outdoorspeople. Though there are plenty of ready similarities between military service and life afield, long term, one on one, mentorship is the single critical factor in making or re-awakening an enduring hunter. I sat in a deer stand as a boy, because that’s what boys did where I grew up. But no one taught me how to hunt.

Bringing It All Together

For me, it started with one phone call from one Marine, now my local hunting buddy, who put me in a duck blind for the first time in twenty years. A civilian friend invited me to three days of stunning Arkansas flooded timber bursting with mallards. I’m going back this winter. Another civilian friend added me to the invite list for an opening day family dove shoot. A Marine with a local lease put me in his deer stand, then a field along the same woods for turkey. Another Marine invited me, and two others, to Texas to chase Rios. Most importantly, all of them took the time to teach me how to hunt and then see that I did it. Those lessons, that passing on of an ancient tradition, gave me the confidence to wander North Carolina’s largest Wildlife Management Area, just 15 miles up the road, by myself. Next week, I will join hunters, some of whom I have never met, some of whom I have not seen in a quarter of a century, all of them veterans, in the mountains of Southwest Colorado. We gather to chase elk, but the truth is we’re chasing something bigger, something we can only have when we’re all together.

What is it that brings us together?

We gather to remember to share a moment, to take a deep breath, to remember what it felt like to stand together when we were young and strong and unscarred but for black ink on fresh skin by which we declared our loyalties. We come together to celebrate the fact that we were once boys who sought to become men and were willing to leave it all on the field to do so. We gather for the hunt, the bite of cold air on sweat, the burn of our muscles, and the elemental connection to the processes of life found in the pursuit of game. We gather to remember.

So, this Veteran’s Day, I ask you to honor the day by resolving to find a veteran and invite them to the woods, the swamp, or the mountain. Share your spots and teach them how to honor that gift. Teach them the ethics of the hunt. Help them recover and clean game. Then do it again until they can repeat the process for another. There is no greater gift than your time. Give it, so that two deeply American communities may flourish together.

Russell Worth Parker is a retired U.S. Marine-turned-writer. He is the editor-at-large for TomBeckbe.com and lives with his wife and daughter in Wilmington, North Carolina.