It's an ambitious idea that would reinvent how lands in 11 Western states are managed. But is it feasible? 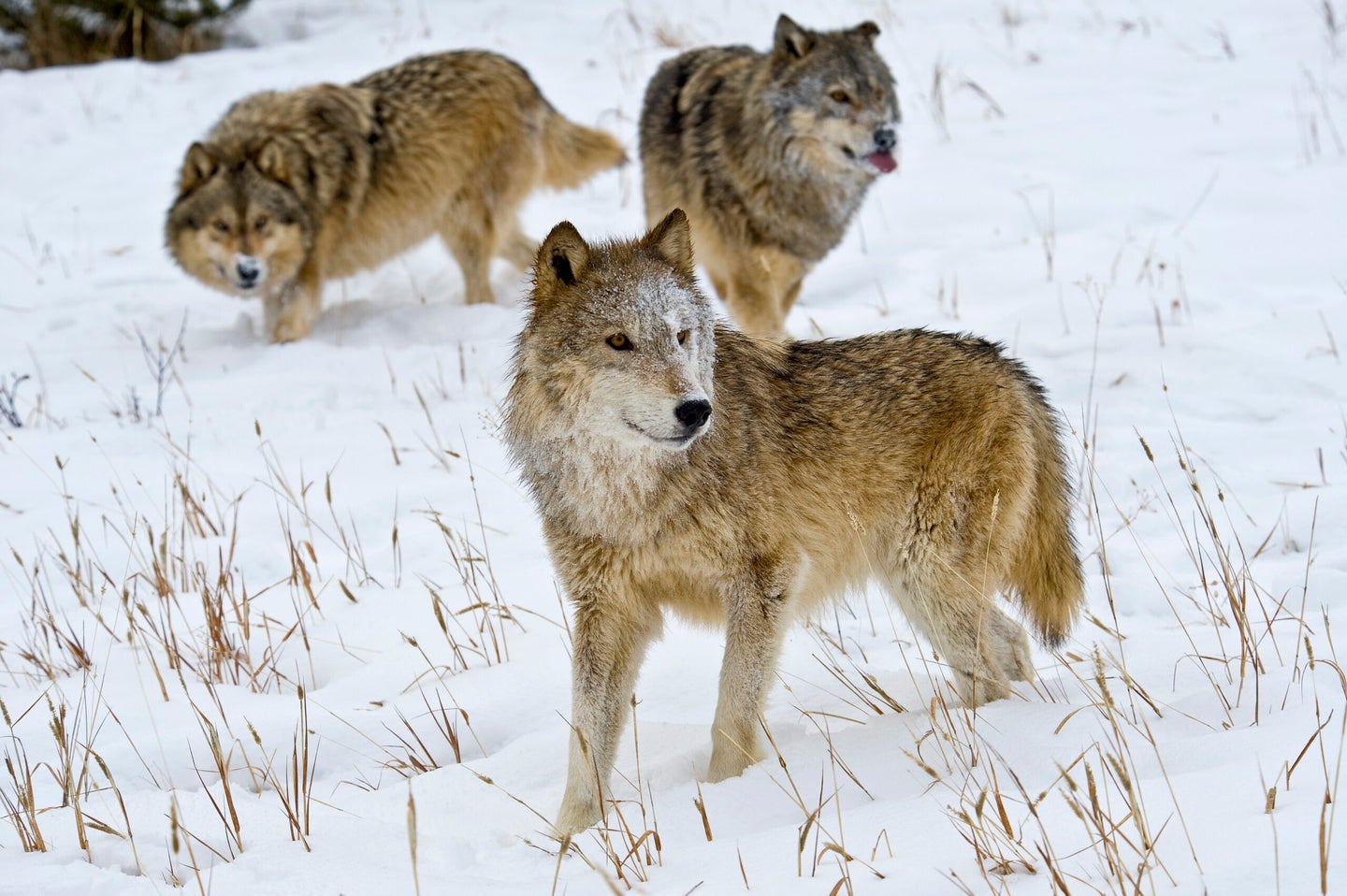 Researchers from Oregon State University recently proposed a plan to “rewild the West” by establishing and supporting healthy populations of beavers and wolves on an interconnected network of federally owned lands. The authors of a study published in BioScience suggest repurposing large portions of federal lands to construct a network of protected areas based on suitable habitats for the gray wolf and American beaver. The proposed “Western Rewilding Network” covers more than 193,000 square miles spanning across 11 western states.

“It’s an ambitious idea, but the American West is going through an unprecedented period of converging crises, including extended drought and water scarcity, extreme heat waves, massive fires, and loss of biodiversity,” lead author William Ripple said in an OSU news release.

Researchers say the rewilding network would address the biodiversity crisis by focusing on public lands that are home to 92 threatened or endangered species—including iconic game species like sage grouse and cutthroat trout, as well as lesser-known natives such as the Oregon spotted frog and the New Mexico meadow jumping mouse.

The researchers suggest that the presence of beavers and wolves on the landscape can have positive cascading effects on these species as well as the entire ecosystem. They point to the role that beavers play in restoring aquatic habitats and improving water quality, and contend that wolves would help control ungulate populations.

“By simply letting beavers and wolves do what they evolved to do, they can restore ecological integrity to an entire landscape,” said Joanna Lambert, a co-author of the report and a professor at CU Boulder.

In addition to restoring suitable habitats for wolves and beavers, the report highlights livestock grazing as a major threat to the health of the landscape. The authors conclude that livestock grazing causes stream and wetland degradation, inhibits the regeneration of plant species, and threatens 48 percent of the endangered or threatened species within the proposed network.

The plan proposes a 29 percent reduction grazing allotments on federal lands within the 11 states. Convincing livestock producers to retire their allotments, the authors indicate, would require the institution of a sizable federal compensation program. The authors also suggest that the proposal could only work with the input of various stakeholders, including ranchers, hunters, recreationists, and indigenous governments.

The proposal is extremely ambitious, and it’s doubtful whether implementing even a portion of the rewilding network would be feasible for land managers in the West. For one, there is the matter of public opinion surrounding beavers and wolves, which are two of the most controversial mammals in the U.S. Wolves are especially contentious, and they have long been at the center of ongoing legal battles. Earlier this week, environmental groups filed yet another lawsuit that would force a decision on whether the gray wolf population in the northern Rockies should be returned to the Endangered Species List.

Beavers, whose populations were decimated during the days of Western expansion, have also been a sticky subject because of their inherent ability to alter landscapes—which can lead to damage on agricultural and residential lands. Although the species is gaining more support for its role in mitigating climate change and drought, beavers are still widely considered pests in many places throughout the region.

The plan also pits the ecological needs of the West against one of its biggest economic drivers: livestock. By eliminating grazing from federal lands, the rewilding network could potentially cripple one of the largest industries in the region.

In Oregon, the cattle industry alone contributes nearly $1 billion annually to the state’s economy. Most ranchers also live and work in the eastern part of the state, which is where most of the rewilding proposed by researchers would take place. Asking ranchers to remove their cows from federal lands to make way for wolves is a recipe for intensive conflict in nearly every rural community east of the Cascade Range.

The authors of the study seem to recognize this. They contend the U.S. is approaching a point in time where dramatic actions are necessary to protect the West, writing: “Although our proposal may at first blush appear controversial or even quixotic, we believe that ultra-ambitious action is required.”