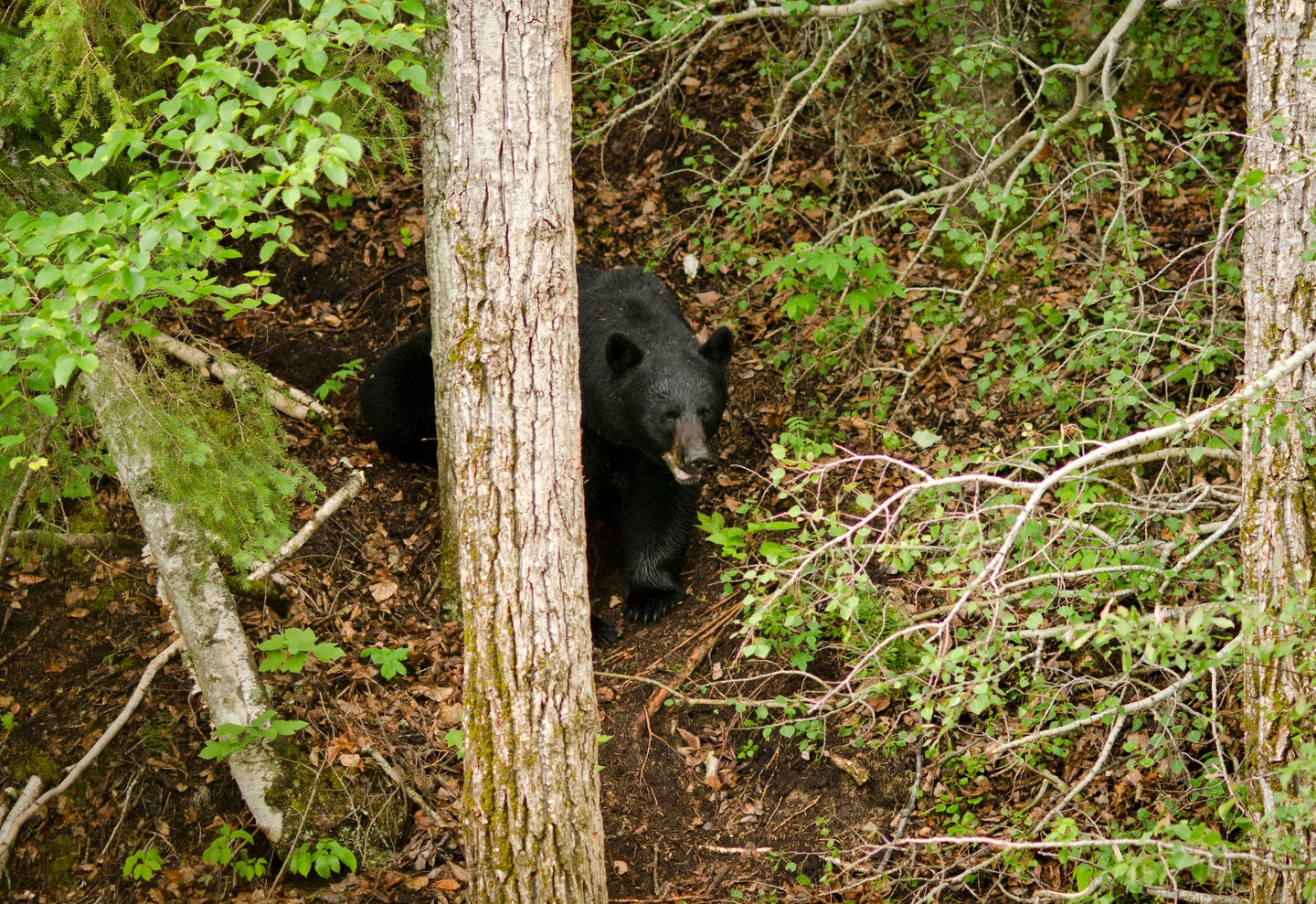 The 2022 spring bear season is being closed in Washington State. John Hafner
SHARE

Washington just lost it’s permit-only spring bear season when the state’s Fish and Wildlife Commission vote came up tied 4-4. This is despite the fact that the Washington Department of Fish and Wildlife staff had recommended the commission approve the hunt, which has taken place each spring since 1999.  The vote to stop the spring bear hunt highlights the political divisiveness in the state and game commission, as well as the abuse of power wrought by Gov. Jay Inslee and favoritism for urban areas west of the Cascade Mountains. And it’s emblematic of anti-hunting efforts taking place nationally—including in your state.

A former presidential hopeful who ran on a green-friendly, climate-change platform (and who stumbled answering basic questions about recycling), Gov. Inslee runs the state with an iron hand through emergency powers granted at the start of the pandemic (and yet-to-be rescinded), and by appealing to western Washington voters at the expense of more than 1.6 million citizens in rural eastern Washington. When he doesn’t overrule the game commission and advisory groups outright (like on cougars and wolves, which predominantly impact those residents in the east of the state), he governs through dysfunction, paralysis, and decree.

Further, game commissioner Larry Carpenter has been left unscrupulously on the commission as chairman in bureaucratic title only. In reality, Carpenter’s term was up more than a year ago. He either needs to be reappointed or replaced. But Gov. Inslee has kept him in place, doing neither. With a commission of eight and a chairman who he can replace at any moment, Gov. Inslee can unduly influence game commission matters. According to backroom-word-of-mouth, Carpenter (who has long been an ally of sportsmen) has become Inslee’s puppet, voting “no” on passing the spring bear hunt at the behest of the governor.

Gov. Inslee openly flaunts his disdain for Eastern Washington values, lifestyles, and livelihoods (which is ironic, since he lived out here for a decade) and instead panders to Seattle, Tacoma, Olympia, and other urban areas along the I-5 corridor in Western Washington. His overt disregard for accepted wildlife and predator management practices has emboldened the Humane Society of the United States, Center for Biological Diversity, and other animal-rights organizations to pull strings, submit petitions and file lawsuits to push their agenda upon the state fish and game commission and agency. Animal-rights activists know they have an ally in Gov. Inslee and they’re using it to their full advantage.

In fact, when it came to the spring-bear vote, the testimony of animal-rights activists and the comments by their allies on the game commission didn’t even bother to hide the fact that this entire discussion was a charade. At first, they tried to dismiss the science, and when they received pushback from trained biologists, commissioners shifted to social concerns: allaying the boisterous emotion-laden objections to the hunt by I-5 corridor anti-hunting citizens and big-money organizations.

Their entire argument prioritized emotion over science. As usual, the argument hinged upon the feelings around maternal care and offspring: an effective, passionate archetype everyone can relate to on some level. The promoted notion was that Washington hunters are recklessly slaying lactating females and leaving cute, orphaned cubs to wander the woods and die. In reality, just one of 145 bears taken in the 2021 spring bear hunt was shown to be a lactating female. Other studies point to about a 2-percent cub mortality due to hunting. A far cry from the picture painted by animal-rights activists, organizations, and commissioners.

Of course, the irony when discussing Washington bear hunting is that these same anti-hunting organizations who now use lactating sows and orphaned cubs as reasoning to end the spring hunt were the same ones who took away the most effective tools hunters had to avoid taking sows with cubs. A ballot initiative banned the use of bait and hounds for bear hunting—which help hunters to field judge bears and make smart harvest decisions—in Washington state in 1996. It’s a circular, self-fulfilling, argument that animal-rights groups invested in 25 years ago, and it’s still paying dividends for them today.

Before you think the ills of Washington state can’t befall your home state, you better think again. Partisan governors abound; “greening” of state fish and game departments and commissions by non-consumptive, alternative-approach, predator-management-aversive employees and beliefs systems is taking place in many states to one degree or another. The urban-rural divide only grows deeper and wider in every state as one or two cities control policy through the ballot or legislative process. Mainstream media only gins up more emotions with misrepresentations of hunting and wildlife management to drive website traffic.

Make no mistake: Hunting is under attack and Washington state is emblematic of the ills of society and the challenges facing hunters nationwide.

Powerful, well-funded animal-rights organizations know this and are working to further these rifts in states and within game commissions and agencies. The Sportsmen’s Alliance routinely fights to maintain the legitimacy of state game commissions, predator management, hound hunting, the use of bait, and trapping. These have become the touchpoints of the animal-rights movement in recent years. They’re difficult concepts to explain and therefore an easy sell to the non-hunting public and politicians seeking re-election.

Every anti-hunting game commissioner appointed within a state, every coyote-contest ban passed or onerous trapping regulation enacted weakens the North American Model of Wildlife Conservation a little more. When enough cogs in the model’s wheel are removed, the model itself will begin to break—which is the goal of animal-rights movement. At the end of the day, wildlife and habitat will pay the price. Washington state is just the most recent example of how anti-hunters are undermining wildlife management.

What can hunters do about it? We can do a better job of teaching non-hunters about who we are, what we do, and why it matters. And we must rally together to vote down ballot initiatives and vote out politicians who are chipping away at our hunting rights.