The Truth About Hunter Mentoring: Everyone’s Got to Earn It

Being a real hunting mentor takes much more than a weekend 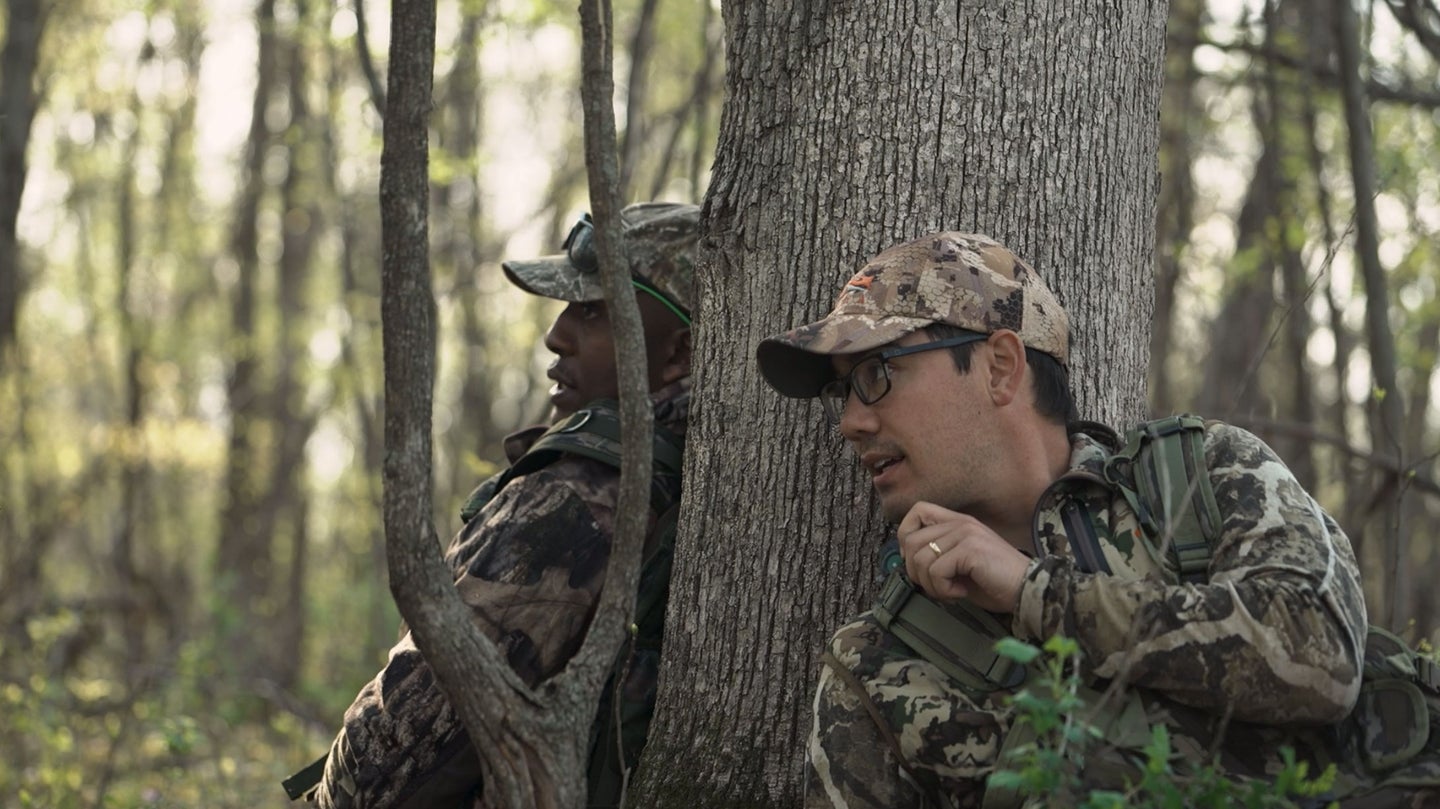 There’s been plenty of commentary this year about the importance (or unimportance) of hunter recruitment, retention, and reactivation—commonly referred to as R3. Do we have too many hunters, or not enough hunters? Should state agencies be spending money recruiting new hunters or just focusing on habitat?

Amid the debate, it’s easy to lose sight of what hunter recruitment really is about, or at least what it should be about. And that’s identifying people who are interested in hunting and giving them the support and knowledge they need to get started. Hunting is fun. You could even argue that hunting your own meat is trendy, at the moment. So, it’s not like hunting propaganda needs to be spread far and wide in hopes that we’ll recruit new hunters. There are already plenty of folks who are intrigued by hunting. It’s our job, as experienced hunters, to help show them the way.

At least, that’s what I’ve learned so far by mentoring my buddy Fru Louis, who signed up for the Minnesota DNR Learn to Deer hunt program three years ago. Fru grew up in Cameroon where his dad was a serious trapper and hunter. Fru has lived in the U.S. for his entire adult life, but it wasn’t until his dad came for a visit and marveled at the amount of wildlife and public land available in Minnesota that Fru decided he wanted to learn to hunt here.

Both Fru and I had a great—no, perfect—experience during that first Learn to Hunt program (which I wrote about a few years ago). But that was far from the end of the story. It turns out that mentoring a new hunter—I’m talking about converting them to a real diehard—takes more than a weekend. It takes years. Here are a few other things I’ve learned along the way about what it takes to be a good hunting mentor.

It Takes Years to Mentor a Hunter

Beyond that first-hunt experience, Fru and I kept in touch and kept talking about hunting. He was interested in bird hunting, so the next season we got out and chased doves and geese. We also hunted winter squirrels on a subzero day in Minnesota. He was intrigued by turkey hunting so I showed him some places he could scout on his own.

These were all short day trips. Sometimes we killed game, sometimes we didn’t. But now I had moved past explaining the basics of hunting. Fru understood firearm safety, public lands, and conservation. So we started getting into the details of animal behavior (for example: a windy, arctic winter day is a bad time to go squirrel hunting). Eventually, I stopped explaining everything I was doing and just started hunting. Fru kept asking questions, but he also started giving his opinions on hunting tactics or on how we should approach a certain scenario—as any good hunting partner will do.

Looking back, this was probably the most crucial phase of Fru’s learn-to-hunt experience. He was forming his own ideas about how to hunt, but he got to reality check them alongside an experienced hunter. Then I started asking him tactical hunting questions. I’d hit him with follow up questions (“But what about the wind? Do you think the sun will be in our eyes?”) to see how he was thinking about things. He was thinking like a predator now. He had started seeing the terrain and conditions not as obstacles to his hunt, but as advantages he could use to get close to game.

Be There for the Stories

Fru was also doing plenty of hunting on his own by his second year. Most of my mentoring now was catching up on the phone or responding to text messages about which ammo to buy. We are more hunting buddies now than mentor and mentee.

Then last season, Fru started diligently scouting a piece of public land near his home. He was determined to kill a deer on the property, on his own. Late in the summer I hiked around the property with Fru to look at four different stand sites he had picked. He told me about each site and explained why he’d picked them, and then I got into a detailed evaluation of each. We were really getting into the weeds now, planning for hunting pressure, phases of the rut, food sources, and bedding areas. After a good amount of debate, Fru and I agreed on a ranking of the four spots and selected trees for his climbing stand in each spot.

Then on November 11, I got a text message from Fru that read: “How’s my mentor doing?” along with a picture of a dead buck in the snow.

I immediately called Fru, who was still in the woods. He excitedly told me the whole story as I paced around the house, fist pumping in the air. This, I realized, is an underrated part of mentoring: being there for all the stories. But it’s also the best part. There aren’t that many people in Fru’s life who would understand the importance of the story he was telling me. Non-hunters just can’t fully appreciate it. But I could.

Be Ready to Learn Yourself

This spring, Fru and I were getting our asses kicked by public-land turkeys in southern Minnesota. I picked a large chunk of state land where I’d had success in the past, but we were striking out at every turn. The birds simply would not work for us.

Not quite sure what to do next, I had us sit high on a hill so we could hear the surrounding valley. Maybe a midmorning gobbler would sound off. While we waited, Fru started telling me about what it’s like in Cameroon.

“That big farm field we walked past on the way in, it would take an entire village to farm just one corner of it,” Fru said. He told me about the intense manual labor required to farm and build in Cameroon, where heavy machinery is still inaccessible for many.

Over the years, I’ve learned a lot from Fru. He’s given me insight into places and cultures that I’ve never experienced first-hand. But he’s also given me some good stock market tips and even a little life advice. Every kernel of knowledge I’ve shared about deer behavior or shotshell selection, Fru has paid back with his own knowledge or stories. And I suppose that’s the final point of all of this: Hunting is about gathering experiences. If you bring in someone new, your hunting world will expand. But it’s going to take plenty of work from both of you.