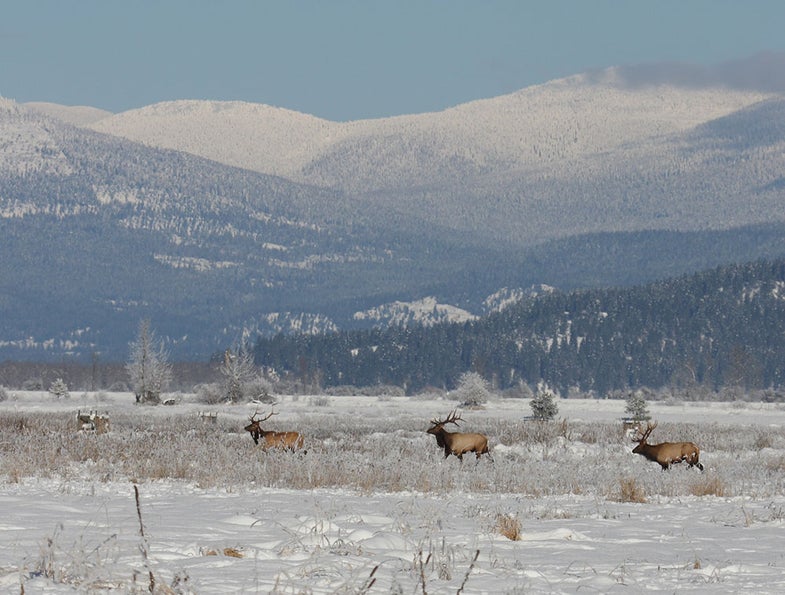 The tags for antelope and bighorn sheep at Hart Mountain National Antelope Refuge, and mule deer tags at Umatilla Refuge are some of the most coveted hunting tags in Oregon. Ric Shirrod of Washington drew the golden tag for a pronghorn archery hunt at Hart Mountain Refuge in Oregon this year after applying for 20-plus years.

Shirrod and his 12-year-old son, Garric, quickly learned about the 270,966-acre Hart Mountain Refuge. Created on Dec. 20, 1936 by President Franklin D. Roosevelt as a range for remnant herds of pronghorn antelope, the refuge is a rich mix of habitat types, home to more than 300 species of wildlife including California bighorn sheep, mule deer, greater sage grouse, and redband trout.

Shirrod started by researching the refuge, talking with biologists, and scouting. “We started by talking to biologists with the refuge and Oregon Department of Fish and Wildlife. It turns out there has never been a better year for antelope. The fawn reproduction was phenomenal, the population was at an all-time high, and moisture was good. There was a ton of water down there.”

That abundance of water actually created a challenge for Shirrod. With so much available water, it meant the pronghorn were scattered and he had to adapt. “My son and I sat 12 hours per day at watering holes, and only thing we saw close was a doe and fawn. It’s only an eight-day season and I was starting to panic a bit. I told my son we were going to look for spot-and-stalk situations, which are extremely difficult with archery pronghorn.”

Shirrod credited Hart Mountain Antelope Refuge specialist Laurel Kullerud with starting him toward a successful hunt. “Laurel was just phenomenal. She wanted to make sure we had the best time, and she had great information for us. Her help and the refuge meant everything to us. Without public land, hunting as we know it now is will cease to exist. … Without public land, you could kiss hunting goodbye.”

Shirrod, who owns All That’s Wild Taxidermy, says many of his clients rely on access to public lands for hunting opportunities. “Looking at my customer base, 25 percent of them are extremely wealthy. The rest are blue-collar, over-the-counter tag buyers. They don’t go out of state to hunt. Without public land, they wouldn’t be able to go hunting. They rely on this meat for their freezers to feed their families for much of the year.”

Nate Erickson of Oregon was successful after he drew a tag for a California bighorn sheep at Hart Mountain National Antelope Refuge this year.

Greg Sheehan, the U.S. Fish and Wildlife Service‘s Principal Deputy Director, says that providing increased public access to National Wildlife Refuges and other public lands is an important goal for the Department of Interior.

“Our public lands play an essential role in outdoor recreation, and the U.S. Fish and Wildlife Service is accelerating efforts to expand hunting, fishing and other opportunities when compatible with wildlife management goals. I’m proud of the fact that our National Wildlife Refuges provide some of the finest big game and waterfowl hunting in the nation,” Sheehan says.

On the Service’s 566 National Wildlife Refuges, permissible uses are known as “The Big Six.” It calls for refuges to support wildlife-dependent uses involving hunting, fishing, wildlife observation, photography, interpretation, and education, when compatible, as legitimate and appropriate uses.

Refuges also offer a lot more than just big-game hunts. There are numerous refuges that include hunts for upland game and waterfowl, and fishing. Steve Olson and Tyler Hand, and their Labrador Raven, show their harvest after a successful hunt at Willapa Bay National Wildlife Refuge in Washington in 2016.

Morgan Sands with his first ever duck from a 2016 hunt on the Lower Columbia River at Lewis and Clark National Wildlife Refuge.

Refuges also provide numerous big-game opportunities for young hungers. Brogan Madden, 13, of Oregon got his first archery first blacktail deer on William L. Finley National Wildlife Refuge. “It’s fun looking at the animals and learning more about them. It’s about seeing them all and everything that’s going on in nature. It makes me happy they let us hunt there. A lot of places won’t let us hunt.”

Kai Pelizza, 17, of Oregon got a mule deer doe at Umatilla National Wildlife Refuge. “It was really pretty there. It’s really good to have such a neat opportunity. Without the public lands, there were be a lot fewer opportunities to hunt.”