Dare You to Eat This: Weird Wild Game 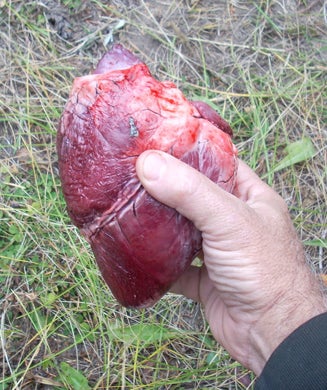 Remove as much fat as possible from one small or medium beaver. Place beaver in a foil lined roasting pan and bake, covered at 350 degrees F. for 1 1/4 hours, starting with the back down and then turning over after half an hour. Add water if beaver seems to be drying out. Cover with sauce, inside and out and cook uncovered for about half an hour. Add sauce every ten minutes. Tomato sauce will burn easily.

Chill the brain and cut into 1-inch cubes with a thin filleting knife. Heat some cooking oil in a skillet. Salt and pepper the sqaures and roll them in flour. Fry them until they are golden brown. Squeeze a few drops of juice on each serving.

Put the lot in a crock pot, along with:

Cook on low for 3 hours or so, and serve topped with some grated cheddar and sour cream.

First, catch a ‘possum. This in itself is excellent entertainment on a moonlight night.

Be sure to wash opossum thoroughly after a thorough skinning. Freeze overnight either outside or in a refrigerator. When ready to cook, peel the potatoes and boil them tender in lightly salted water along with the butter and sugar. At the same time, stew the opossum tender in a tightly covered pan with a little water. Arrange the taters around the opossum, strip with bacon, sprinkle with thyme or marjoram, or pepper, and brown in the oven. Baste often with the drippings.

Cut snake into 3-inch sections and place in a large baking dish. Cover with cream or milk and add the mushrooms, limes, basil, pepper, and rosemary. Cover tightly.

Put rattlesnake in bun and top with chili, cheese, and diced onions. Get creative! Add your favorite hotdog toppings.