How to Identify and Cook Pheasant Back Mushrooms

Morels are more popular, but the pheasant back mushroom is just as common, easy to identify, and makes fine tablefare 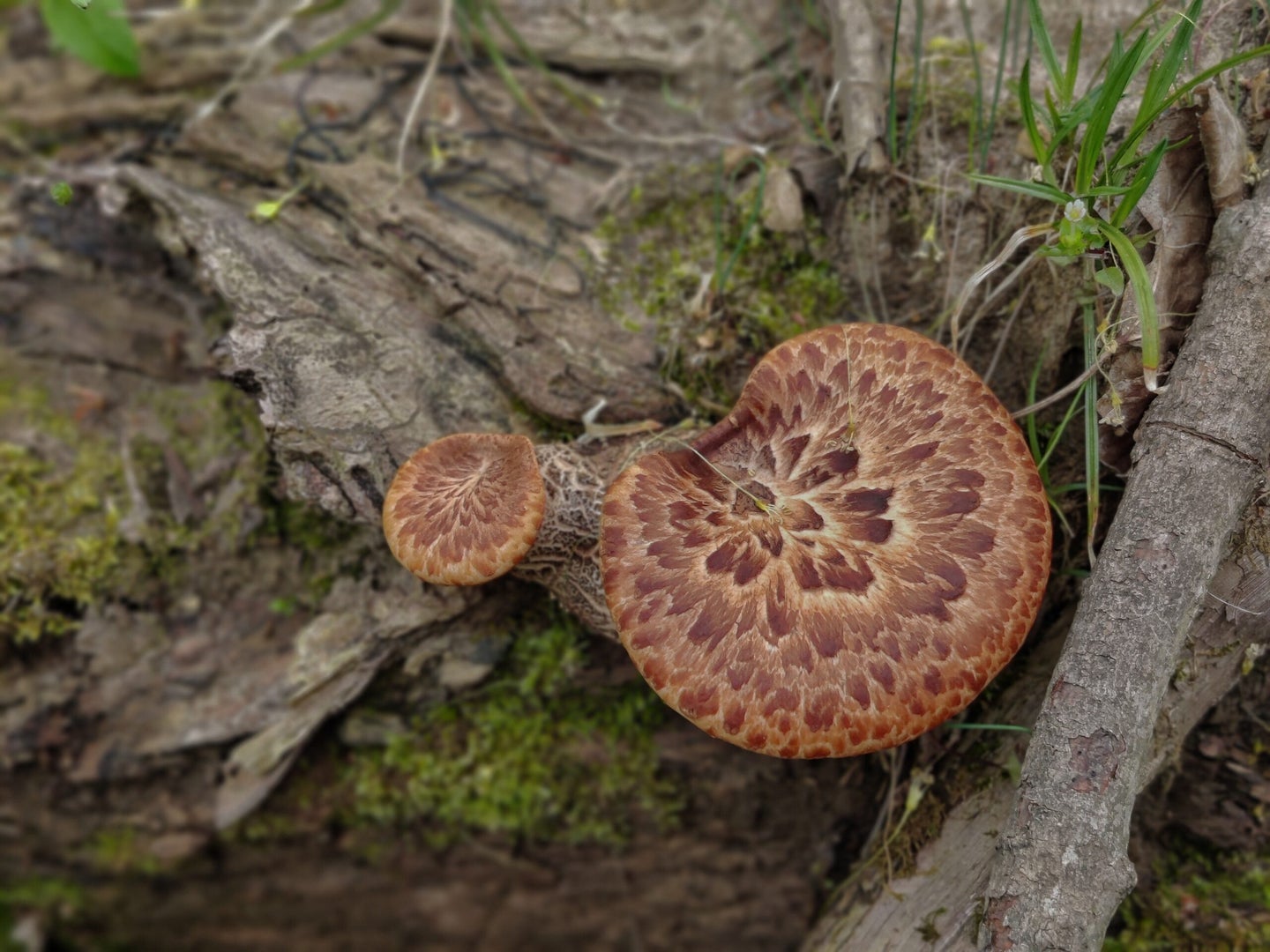 April and May are the two favorite months of mushroom hunters. Warm weather coupled with spring rains mean mushrooms start popping up everywhere, making this time of year prime time for foraging. Morel mushrooms are the favorite among most hunters, but there are several other edible wild mushrooms that are often overlooked, including the pheasant back mushroom.

Pheasant back mushroom (also known as Dryad’s saddle) is extremely common and fairly easy to identify. Scanning the woods in early spring, the light color will usually stand out against the dark wood of rotting trees or logs. If you have a good sense of smell like I do, you’ll be able to smell them before you see them—it’s a sweet, almost fruit-like scent.

The mushrooms grow like little shelves, closely resembling the coloring and pattern of a pheasant, with brown scales like feathers on the top. Use a knife to cut the thick stem, and upon turning them upside down you’ll see white spores underneath. The small, young mushrooms are the best ones to pick, as the larger ones can tend to get a bit rubbery or infested with bugs. If you do find a large one that looks to be in fairly good shape, however, cut it and bring it home.

How to Clean Pheasant Back Mushrooms

Cleaning pheasant back mushrooms is a bit different than cleaning other mushrooms. First, you don’t want to soak them in water as they will become water-logged and turn to inedible mush. To remove any dirt, use a sponge or soft brush to clean the mushrooms under running water and pat them dry. Cut off any pieces that look chewed, dried up, or just unpalatable.

Turn the mushrooms upside down so the white spore side is facing up. Use a metal spoon to gently scrape the spores off of the mushroom. They should come off very easily. Once the spores are removed, turn the mushroom right side up. Using your fingers or a knife, gently peel off the thin layer of “skin” that creates the scaled pheasant feather look on top. This should also come off easily, especially on the young ones. If you’re having trouble peeling it off, use a paring knife to finish skinning the mushroom.

Most newbies who gather pheasant back mushrooms are unaware of the scraping and skinning steps, which are important if you want the mushrooms to be tender, and not tough and chewy.

There are many different ways to eat pheasant back mushrooms. If you have gathered mostly young mushrooms, you can simply slice them and use them like you would mushrooms in any dish. If you have some larger mushrooms, I like to bread them and create an amazing fried mushroom appetizer platter. Here is the recipe.