Colorado Braces for Wolves as Politics Clash with Wildlife Management 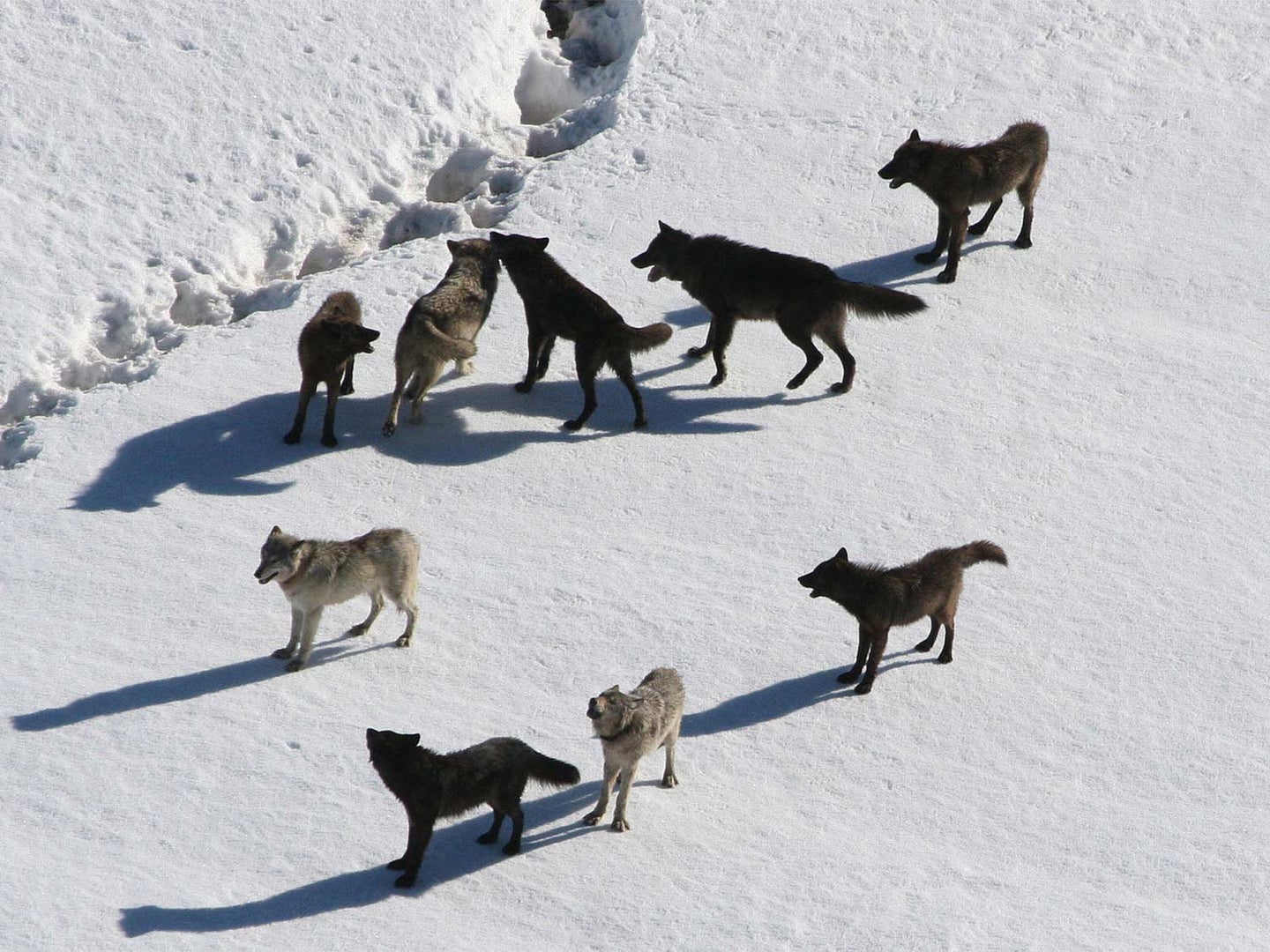 Sometimes, while people bicker about politics, Mother Nature does her own thing. That seems to be occurring in Colorado when it comes to wolves.

On Election Day, Colorado voters will be asked to consider a ballot initiate directing Colorado Parks and Wildlife to import wolves from the north and turn them loose by 2023.

But true to form, the wolves have thrown a curve ball. This month, CPW announced that biologists believe wolves are already setting up housekeeping in the northwest part of the state. In essence, the wolves voted with their paws before humans have a chance to vote on the topic.

Either way, Colorado is poised to become the next “wolf state.” One looming questions is, how much bad blood will be created by ballot-box wildlife management?

Perhaps no other animal in North America elicits the passions and polarization as the wolf, especially among some hunters who often consider wolves competition for deer and elk and ranchers who hate to see their sheep and cattle killed.

There’s no doubt the table is set for wolves in Colorado. Colorado has the largest elk herd in the United States at more than 250,000 animals, plus deer, beaver, moose and other prey.

As in much of the West, settlers eradicated wolves from Colorado by the 1940s. Under the federal Endangered Species Act, the US Fish & Wildlife Service re-established wolf populations in Idaho, Wyoming and Montana in the mid 1990s. The wolves thrived over 20 years and now are managed as big game animals in those states – and the source of wolves that wander to set up new territories far and wide.

In 2019 in Colorado, the Rocky Mountain Wolf Action Fund circulated petitions to put Initiative 107 on the ballot.

The Fund says that wolves should be reintroduced to restore ecological balance to Colorado.

“More than 150 years ago, the gray wolf was forced from its home in the Rocky Mountains. Today, a dedicated team of activists, and environmentalists and ecologists are working to bring them home,” reads their website.

In January 2020, Colorado Secretary of State announced that the petition had enough valid signatures to go to voters on Election Day.

Colorado has a track record of successful wildlife reintroduction, from Canada lynx and moose. Wolves are different in that they can have a greater impact on both livestock and big game species – and because they are politically polarizing.

Of course, there is a precedent for wolf reintroduction in the West. This year marks the 25th anniversary of the US Fish & Wildlife Service reintroducing wolves to Yellowstone National Park and the wilderness areas of central Idaho. From a biological perspective, those reintroductions were successful. However, the heavy-handed methods often went down hard with locals, and even decades later, wolf numbers and their impact on game and livestock are still contentious topics in Montana, Wyoming, and Idaho.

Partially informed by that experience, hunting groups have lined up against the reintroduction effort. Groups like Rocky Mountain Elk Foundation and Colorado Stop the Wolf Coalition are opposing the reintroduction.

“A forced introduction of wolves to Colorado would cost untold amounts of taxpayer dollars, redirect already limited wildlife management resources and would have a significant negative economic impact to the state,” said Blake Henning, chief conservation officer for the Rocky Mountain Elk Foundation.

Boyd believes it’s just a matter of time before wolves reestablish themselves in Colorado, noting that at least 5 radio-collared wolves have reached Colorado from the north in the past 15 years. That suggests that even more wolves have been in Colorado without radio collars.

“They will get there on their own,” Boyd predicts. “You just have to let them. They are highly adaptable, they are not delicate and are highly resilient.”

So what is the price of reintroducing wolves via helicopters and pickup trucks?

“It does cost money to do a reintroduction, but the worst cost is the social cost,” Boyd said. With natural recovery, local hunters, outfitters and ranchers have more time to adjust and are more likely to tolerate the new predators in their communities. It also would give Colorado Parks and Wildlife more time to write a thorough wolf management plan.

But Mother Nature loves irony. Just as the wolf petition was approved for the ballot, Colorado Parks and Wildlife announced that wolves had probably already established a pack near Irish Canyon, near the Utah-Wyoming borders.

For years, individual wolves (called “dispersers”) have wandered south from Wyoming into Colorado. Those individuals have ended up dead as roadkill or inadvertently killed by coyote hunters or poison.

The difference is now that CPW said that evidence indicates a pack of several wolves potentially including a breeding pair videotaped by local hunters, is taking root.

Boyd said the presence of a pack could be verified by track surveys, baited hair traps and trail cameras.

“Wolves are not good at staying hidden,” Boyd said. “They howl. They scent mark. They leave tracks on roads and ski trails. They kill pets.”

Read Next: How to Tell If There Are Wolves in Your Woods

The debate over wolves highlights the tensions that strain Colorado and much of the West when it comes to conservation politics. Urban dwellers tend to be more supportive of predators than rural areas, where hunting and ranching is more prevalent. Outnumbered folks in rural areas tend to feel resentful when urban voters pass laws that impact their lives.

Colorado has nearly 6 million people with more than half of those living in the greater Denver area. The ballot initiative dictates that the wolves be reintroduced to the more rural, western slope of Colorado, not the east slope where the cities like Colorado Springs, Denver and Ft. Collins are found.

The Colorado Stop the Wolf Coalition website lists more than 20 counties that have formally passed resolutions against the wolf reintroduction effort. That’s about a third of Colorado’s 64 counties, but represents a much smaller share of voters.

Wolf habitat exists both in the physical world and the human heart. Wildlife management does better when it is broadly supported by the local people, not foisted on them through political fiat.