Feds Back Away From Relisting Wolves. Montana Approves Baiting and Night Hunting 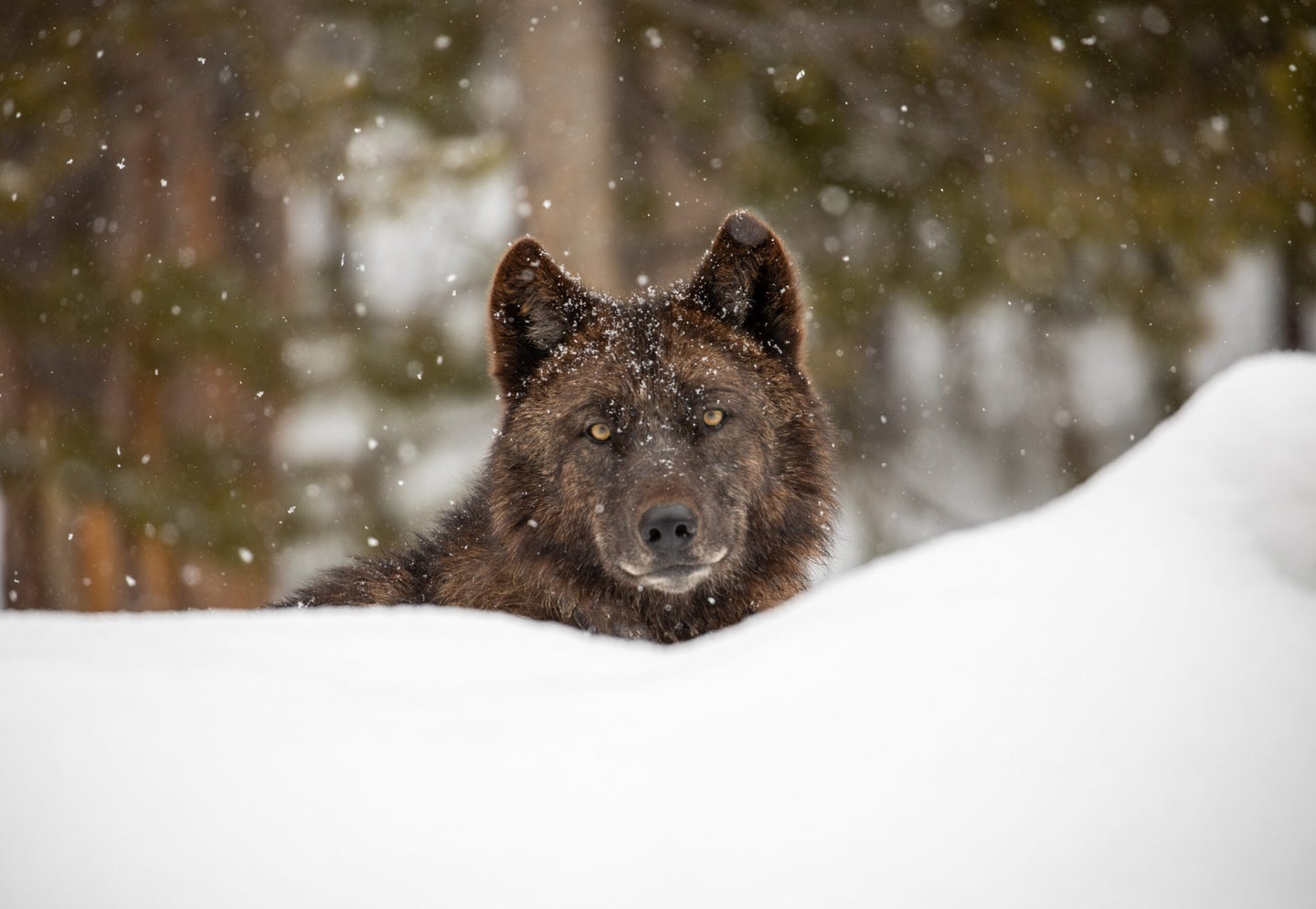 Montana’s Fish and Game Commission made good on its proposal to allow some of the nation’s most aggressive and unorthodox hunting and trapping methods for wolves. National Park Service
SHARE

In a nod to the wacky alternative news of the tabloid “Weekly World News,” I’m calling this dispatch from the equally surreal wolf conservation beat the “Weekly Wolf News.”

In this installment, you’ll hear how Montana’s Fish and Game Commission made good on its proposal to allow some of the nation’s most aggressive and unorthodox hunting and trapping methods for wolves. You’ll read how federal officials have declined to consider a proposal to return wolves to federal protection as endangered species. And you’ll hear some impassioned rhetoric that reminds us how polarizing wolves make any conversation.

First, Montana’s Fish and Game Commission, meeting in person for the first time since the Covid pandemic began and in the august chambers of the Montana State Senate, voted last week to allow night hunting, baiting, and snaring in order to hunt wolves that some Montanans blame for steep declines in elk populations.

You can hear the convoluted discussion of the proposal, which eventually passed on a 3-2 vote, in this recording.

Ultimately, the commission voted to allow a statewide harvest of 450 wolves, which represents some 40 percent of the estimated population in the state. The commission established regional quotas that would trigger an emergency review of the regulations in case the statewide or regional take exceeded thresholds. But the commission also approved controversial night hunting and baiting on private land along with neck snaring statewide. Those aggressive hunting and trapping methods had been widely unpopular among the thousands of comments the commission received on a draft version of its wolf-harvest plans. Those methods are widely considered out of line with fair-chase hunting principles.

Commissioner Pat Byorth, who voted against the wolf-harvest package, pointed out that allowing those unorthodox practices runs contrary to ethics that Montana Fish, Wildlife & Parks has been promoting for generations.

The commission had been directed by the state legislature, which this winter passed a number of aggressive wolf-harvest bills that were signed into law, to find a way to allow snaring, to enable reimbursement for expenses accrued by wolf hunters, and trappers, and to increase the number of tags that could be filled by both hunters and trappers.

Some opponents of the Montana measures noted that not even Idaho, which has some of the most aggressive wolf-hunting regulations in the country, had gone as far as to allow night hunting. Opponents lined up to criticize what they called extreme “wolf extermination” measures. One hound and wolf hunter, Rod Pullis, pointed out that the prevalence of snares on public land increases the chances that a trapper will catch and maim a non-target species.

Under the proposal, “there are no consequences—zero—to a trapper who kills a mountain lion, deer, or pet,” Pullis said, who noted that if one of his hounds was caught and killed in a wolf-trapper’s snare, “there’s a personal war that’s going to happen.”

Other opponents called for a pox to be visited upon commissioners who voted for the proposals, and others used martial terms to describe the “war” and “battle” over wolves.

The intensity over aggressive wolf management measures has taken on legal implications with the formal petition to return wolves to federal protections. As we reported earlier this month, a group of 70 environmental groups, led by Western Watersheds, petitioned the U.S. Department of Interior to return wolves to the endangered species list.

The groups cited “inadequate regulatory mechanisms” in Idaho, Montana, and Wyoming, and a lack of “minimum viable populations of wolves in all other western states” to support its request. Last Friday, an Interior Department spokesman said the petition didn’t appear to have merit, but he pledged the department would respond to the petition in the requisite 90-day review window.

And earlier this week, a pair of conservation groups asked the Interior Department to reestablish federal monitoring of wolf populations and distributions to ensure hunting and trapping measures in Idaho and Montana don’t drastically reduce numbers of the predator.

The Associated Press reported that the Idaho Conservation League and the Endangered Species Coalition also asked for a status review that might return wolves to federal protections.