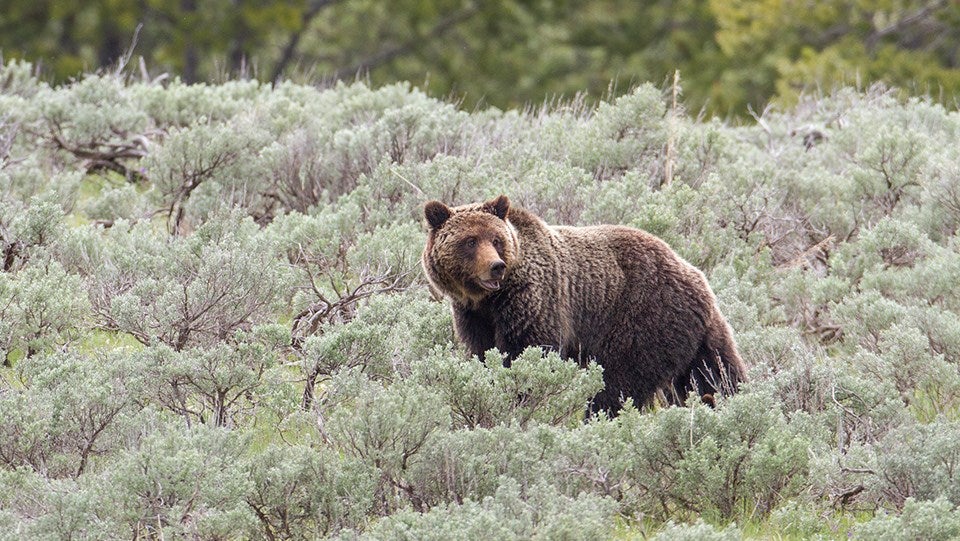 Ranchers and landowners in Montana will now have the liberty to pop a grizzly bear with a paintball, and not risk a ticket from the feds.

Now they may risk a mauling from an angry and colorful bear, but that’s another story.

Here’s the deal. Grizzly bears are protected in Montana under the Endangered Species Act. Under that law, it’s illegal to harm or harass protected species, except when defending human life.

Grizzly bears are also growing in number in Montana, expanding farther out of the mountains and into the prairies. In the prairies, they are more likely to get into conflict with ranchers and other rural property owners. Those folks wanted some way to deter bears, and plans to hunt them have been held up in federal court.

This week the US Fish and Wildlife Service, which administers the Endangered Species Act, released a secretarial order that defines how state wildlife management agencies and residents may legally harass grizzly bears, without getting sideways with the law. This being 2020, the Montana Department of Fish Wildlife & Parks announced the new rules on, you guessed it, Facebook.

Under the new rules, paintballs and noise-making shotgun shells called “cracker” shells are now permissible hazing techniques. Other techniques include bullhorns, flashing lights, motor vehicles, and “golf-ball sized” rocks and slingshots with marbles. The old standby of banging pots and pans is OK too.

The federal order also notes that grizzly bears may be attracted to paint ball residue, so folks should clean up if they miss.

Some ordnance are still off-limits because they are either too dangerous for bears or human bystanders. Prohibited items include: screamers and whistlers; rubber bullets and rubber batons; shotgun shells loaded with bean bags and aero sock rounds.

Montana’s FWP’s Facebook post read: “Many people have been using these aversive conditioning methods for years, but previously we were operating in a legal gray zone – this order now specifically allows landowners to use these useful and effective conflict prevention tools! Hazing is imperative for keeping bears afraid of people and away from our residences and infrastructure.”

The secretarial order ends by advocating for avoiding trouble in the first place.

“Livestock owners and rural residents should take measures to prevent or minimize losses from predation through good husbandry and strategic use of pro-active deterrent methods such as electric fence, guard animals and human presence.”