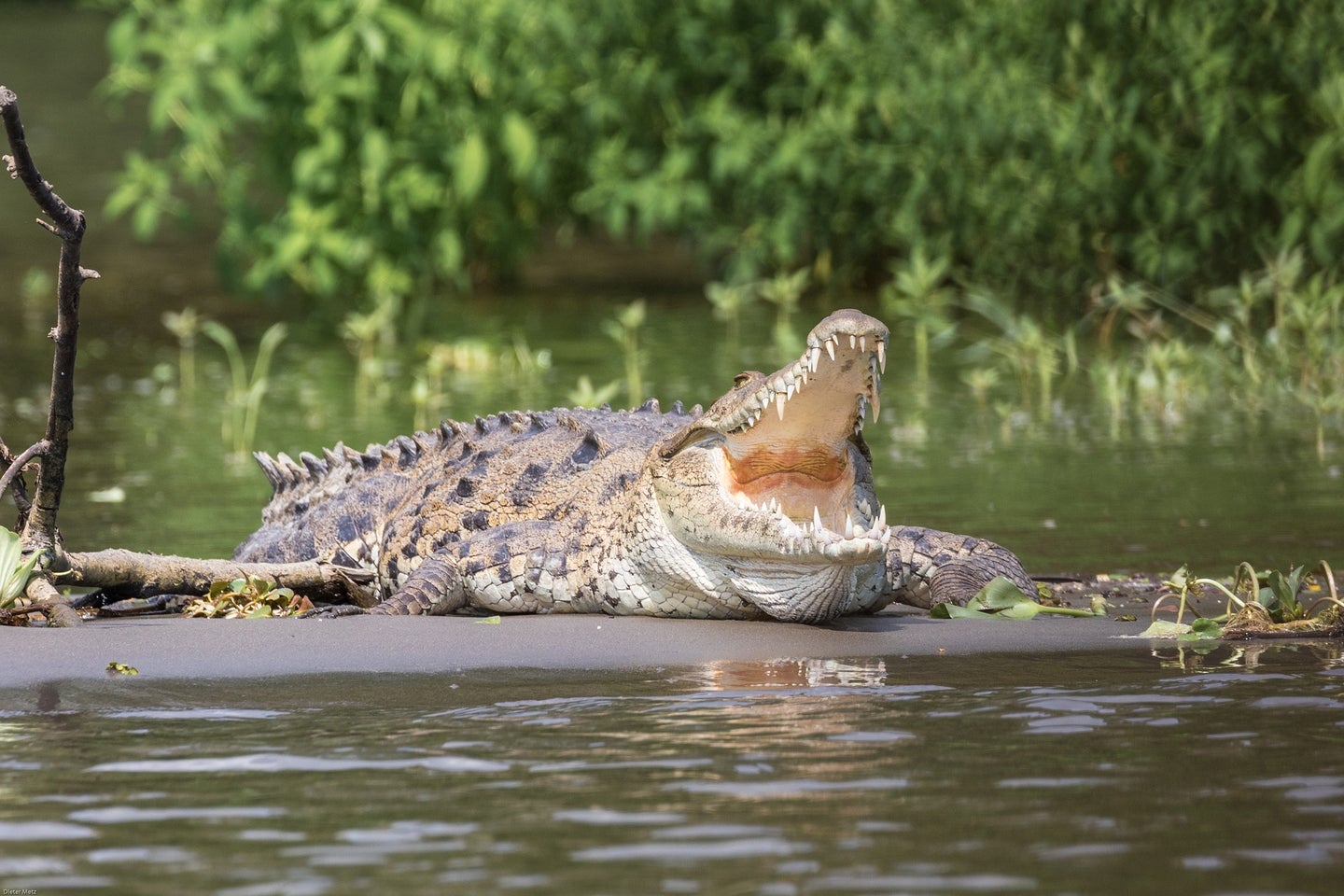 A huge crocodile has been blamed in the death of a Queensland, Australia fisherman. D_Mz
SHARE

Investigations into the disappearance of a missing Queensland, Australia fisherman resulted in the discovery of human remains inside a 13.8-foot crocodile, according to CNN. The crocodile was caught and killed by the Queensland Department of Environmental and Science (DES). The DES also killed a second, 10-foot crocodile as part of the investigation.

On February 11, Andrew Heard, an experienced 69-year-old angler, failed to return from a fishing trip to Gayundah Creek on Hinchinbrook Island. Unable to reach her husband via radio, Heard’s wife alerted authorities who began a search-and-rescue mission. Heard’s damaged and overturned skiff was found around 2:30 PM on Friday. Two crocodiles were in close proximity to the swamped boat and were killed immediately.

According to the Queensland Police Acting Inspector Andrew Cowie, “at this stage we can only confirm that we’ve found human remains in the first crocodile.” The examination of the second crocodile has not yet been completed, but since both were in the same area, Cowie said, “I believe that we’ve got two crocodiles involved.”

Crocodile attacks in Australia are rare, but this is the third attack in Queensland in February. Earlier this month, two swimmers, one in Cairns and one in Weipa, survived crocodile attacks. The crocs in those areas were either dispatched by local authorities or relocated to a crocodile farm.

Luke Nation, another local angler recently had an encounter with a large crocodile in the same area where Heard disappeared. An approximately 15-foot crocodile bumped his boat hull. “He would have been the length of my boat,” Nation told 7NEWS. “It scared us. He definitely was giving us our marching orders.” In late January, a man escaped a near-fatal encounter when a crocodile bit his head while he was swimming. He pried open the jaws with his bare hands. In 2019, another Queensland fisherman escaped an attack by stabbing out a crocodile’s eye.