The Ugly Tuff is a beefy, affordable spinning reel with a 7-year warranty 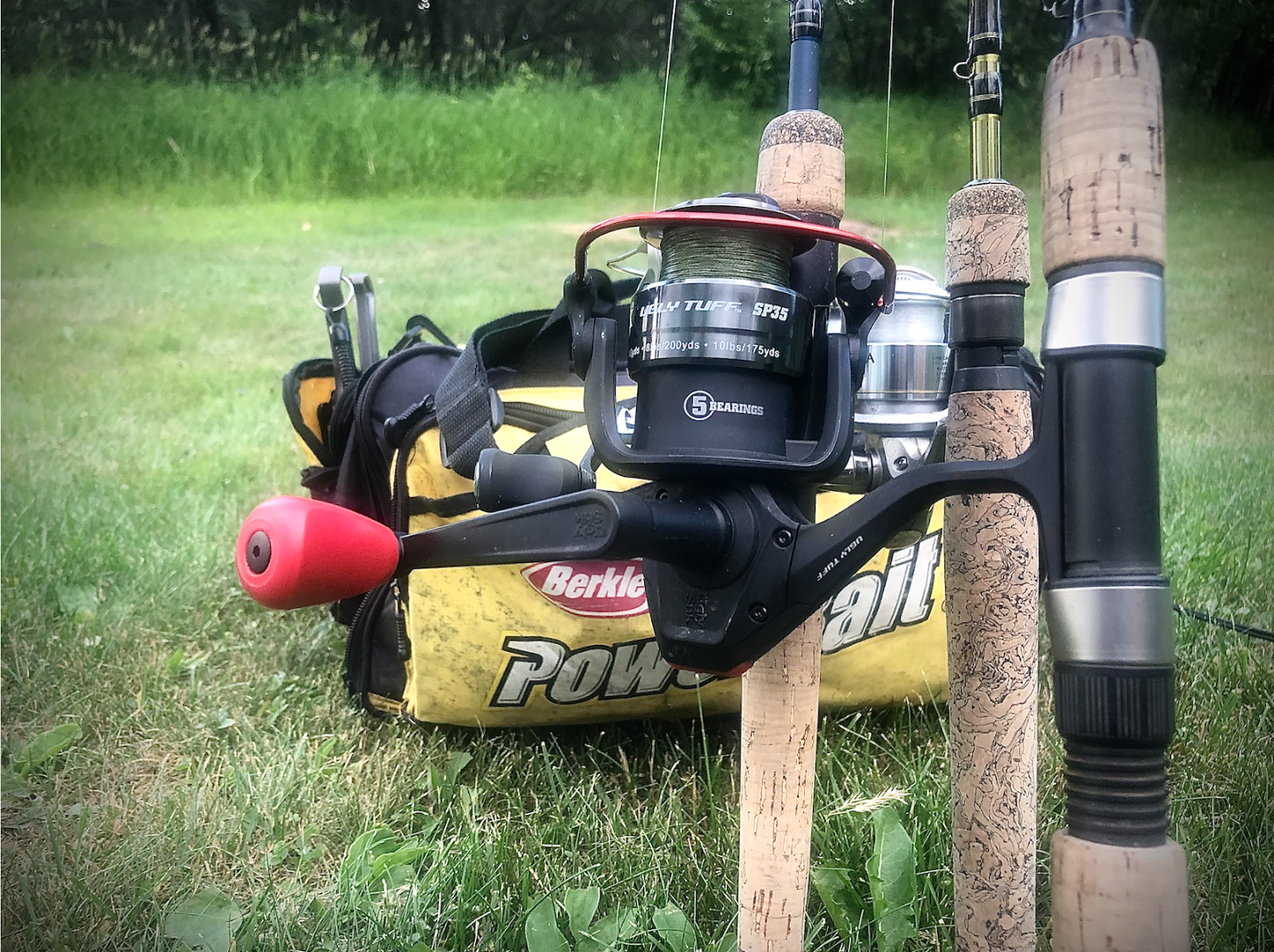 An affordable reel that anglers can rely on.
SHARE

Fishing reels in the $30 to $50 price range can be a bit of a crapshoot—some perform nicely, others are mostly junk. So I was fairly skeptical of Ugly Stik’s new Ugly Tuff spinning reel, which is marketed as an affordable, ultra-durable, do-it-all reel that comes with an impressive seven-year warranty. But after a week of fishing the reel hard for smallmouth bass and pike on Lake Vermillion in northern Minnesota, I was pleasantly surprised to see the Ugly Tuff deliver on all of its promises and prove to be one of the best spinning reels in its price range.

Problems With Most Cheap Fishing Reels

Many cheap fishing reels seem fine in the store, but when you get them out on the water for a few days, you start to notice major flaws. Maybe the bail doesn’t snap closed fully, or the handle squeaks, or drag catches, or the reel isn’t as smooth as it seemed in the store, or maybe it’s a little of all these issues combined. In other words, the major issue with cheap fishing gear is durability.

If you know anything about the Ugly Stik company, you know that they’ve made their business on durability and the Ugly Tuff reel is a good representative of the brand. It feels sturdy in your hand, the bail snaps closed sharply with a pleasing mechanical “clink”, and the reel handle is a hefty rubber knob that’s impossible to miss. And if for some reason the reel happens to fail, it’s backed up by a 7-year warranty (on manufacturers faults only), which is impressive for a reel in this price range.

I fished for this reel for a week on Lake Vermillion in northern Minnesota for smallmouth bass and pike. I am not a professional angler, by any stretch of the imagination. I’m much more of an average-joe angler who fishes hard and is hard on their fishing equipment, which is to say that I’m exactly who this reel was made for. I tested the size 35 reel and paired it with a 7-foot, medium power St. Croix Triumph rod. I spooled the Ugly Tuff up with 8-pound braid.

Over a week of fishing I threw a variety of baits including topwater poppers, lipless crankbaits, bucktails, and I rigged it with a slip bobber to float a live leech over boulder beds for smallmouth. The pike fishing was pretty slow, but we caught hundreds of smallmouths over the course of the week. The reel had plenty of power to handle the biggest bass I caught it’s very important to choose the right reel size when chasing bass. I even used the reel to fish a frog bait for largemouth one evening and I had no problems horsing fish out of the lily pads. The drag worked reliably and did not catch or slip. Unlike the drags on some cheaper reels, it allowed for fine adjustments so I could set it precisely at the weight I wanted. The size 35 reel was a little big for some finesse smallmouth applications and a little small for throwing larger pike lures, but still, it got the job done. This is a good option for an everyday angler looking for one versatile reel to chase mid-sized freshwater gamefish.

The most impressive aspect of the reel was how smooth it was. The Ugly Tuff has 5 stainless steel ball bearings—usually the more ball bearings built into a reel, the smoother it is. Other competitive reels like the Pfluger President (which is slightly more expensive) feature 10 ball bearings. However, most experts will tell you that it’s not simply the number of ball bearings that dictates a reel’s smoothness. It’s more about the quality of the bearings and build of the reel. Ultimately, it’s all about how the reel performs on the water, and the Ugly Tuff delivered.

It’s worth noting that the Ugly Tuff does not have a reverse switch, so you can reel forward only. I don’t typically use the reverse switch on a fishing reel, but for anglers who do, this could be a fatal flaw. On the upside, the reel’s anti-reverse functioned perfectly. In other words, there is no play in the handle wiggling or rattling backwards. This is critical for setting the hook on big fish. If your reel slips backward (even a few millimeters) and lets out line during your hookset, you’re going to end up missing some good fish (and getting incredibly frustrated). I did not have this problem with the Ugly Tuff.

For comparison, I fished the Ugly Tuff against an Abu Garcia Zata, which costs at least three times more than it’s cheaper cousin. The Zata features 10 ball bearings and a carbon handle. It’s substantially lighter. The Zata size 40 weighs 9.5 oz compared to the size 35 Ugly Stik reel I was testing, which weighed 12.6 ounces. The Zata was also noticeably smoother. However, the two reels were a lot closer than I expected when it came to on-the-water performance. Sure if you’re trying to win your next bass tournament, you’ll probably want to go with the more expensive reel. But if you’re just out fishing for fun, and maybe trying to put some fish in the livewell, the cheaper Ugly Tuff reel will suit you just fine.

What this Ugly Stik Spinning Reel Does Best

This reel earns its name—it is ugly and it is tough. Ugly Stik is being straight-forward with what this reel is: a durable workhorse that will cost you about 50 bucks. These days, with skyrocketing prices for tackle, that’s a pretty good deal. This Ugly Tuff is better than most cheap reels which tend to rattle apart after a season or two of hard use (trust me, I’ve fished a bunch of them).

What this Ugly Stik Spinning Reel Does Worst

Elegant this reel is not. It has a serious Darth Vader vibe going on, and the reel handle is so bulky that it seems like it was designed for offensive linemen. This aluminum reel is not lightweight either compared to others in its class. It is made in China. Don’t expect the tight tolerances and smoothness of expensive high-end reels, because ultimately, that is not what you’re paying for here.

Does the Ugly Tuff Reel Accomplish Its Mission

Ugly Stik is about making fishing gear that works for the everyday angler, and their Ugly Tuff spinning reel does exactly that. For most folks, myself included, the reel is a good balance between price and performance. With this reel and a decent rod, you’d have a fishing setup for a little over $100 that would likely last you for decades. There’s also a spincasting version of the Ugly Tuff if you want to indoctrinate your kids in the ways of Ugly Stik fishing.