Designed in collaboration with Mike Iaconelli, the Revo Ike is an excellent spinning reel for finesse fishing 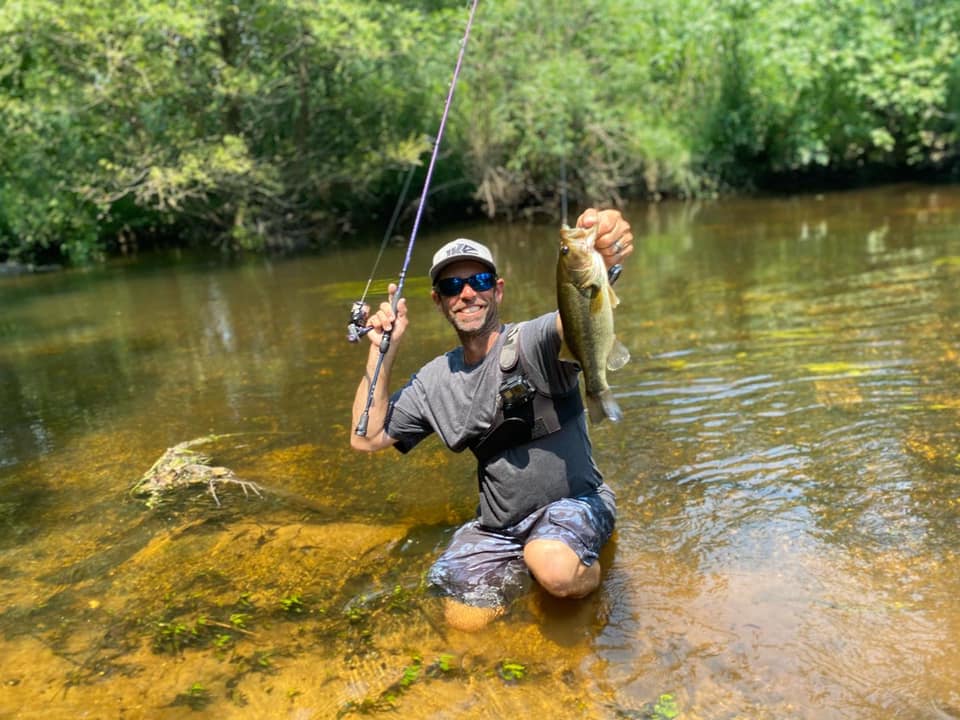 Spinning reels have historically been an under-appreciated tool in bass fishing. Many bass anglers figure that spinning reels are only useful when fishing for smallmouths, with children, or when forced to use light lures. However, over the past couple of decades that has changed, and even the most dyed-in-the-wool power anglers have accepted—if not embraced—the old eggbeater. After all, if they can be used to tame record-class tarpon, rampaging tuna, and drag-stripping bonefish, there’s no reason spinning reels like the Abu Garcia Revo Ike can’t be a viable fishing tool for extracting largemouths, smallmouths and spots from heavy cover.

Perhaps no angler has been more instrumental in this shift than New Jersey pro Mike “Ike” Iaconelli. The 2003 Bassmaster Classic winner and 2006 Angler of the Year has not only “destigmatized” spinning reels but has made them a viable and valuable part of his arsenal from coast to coast. That effort has come concurrently with the introduction and rising popularity of techniques like dropshotting, shakey heading and wacky rigging, all of which has worked hand-in-glove to make a quality spinning reel more essential. You can still buy a bargain reel and get by, but when the bass of a lifetime blows up at distance, grabs your little lure or bulldogs over an underwater rockpile, you may wish you had something more substantial and mechanically advanced. Accordingly, it’s fitting that Abu Garcia would release a spinning reel with Ike’s name on it, built to his specifications. I tested it out over several months this winter and spring and here are my thoughts and conclusions.

Cosmetically this is a gorgeous piece of equipment. Even if you’re not a fan of the Los Angeles Lakers, Minnesota Vikings or LSU, the purple accents are noticeable and distinctive, without being jarring or gaudy. They’re complemented by a carbon fiber look in a few places, including the handle stem. Iaconelli’s signature is on the reel, as is his “Ike” nickname and catch phrase, “Never Give UP.” Other than some of the hardware and fasteners, there is nothing silver or chrome. I paired it up with Abu’s Ike Series spinning rod, which I not only assumed would function properly with it, but also matched it perfectly from a color standpoint. That sort of cosmetic match is something I’ve never considered or pursued before, and clearly the reel would function just as well with a contrasting rod, but it’s a nice touch.

What to Look for in a Spinning Reel

When I pick up a spinning reel, I want something that’ll be comfortable to cast all day, light, and not result in excess line twist. Once your line gets messed up, your casting will suffer, you’ll break off fish, and you’ll want to throw the whole contraption in the drink.

The first thing you’ll notice about this Abu Garcia reel is how light it is. The 30 size weighs only 7.6 ounces and is probably a better fit for most bass applications than the smaller 20 size. Historically, most reels in this category have weighed at least an ounce more, if not two. That might not seem like much, but over the course of a day and a thousand casts it’s a monumental difference. Furthermore, it allows you to match it with not only the Ike rod, but any one of the increasingly lighter weight rods that are flooding the market these days.

The Revo Ike’s handle knob is round and made of EVA, with a flared lip that the company says “locks your finger” onto it. I don’t know about that, but I found it to be exceptionally comfortable. On the flip side, I did not particularly care for the carbon fiber handle stem while this one was light, it had sharp corners and edges as opposed to rounded surfaces. The edges weren’t sharp enough to cut me, but every time I felt them against my hand I was distracted.

A feature that I really liked was the integrated dropshot keeper on the fastener directly across the reel body from the handle. Dropshotting has increasingly become a part of my tool box over the past several years, and I’ve tried several aftermarket accessories and rigging strategies to keep the hook and sinker in place both on the deck of a bouncing bass boat and in my rod box. Otherwise you end up with a tangled, painful mess. This is the best solution I’ve seen so far, and it’s something that all manufacturers should consider adding. It kept my dropshot weight from bouncing around. Combined with the fact that this properly-spooled reel resulted in minimal line twist, I felt that I didn’t need to constantly monitor it for problems or weakened line.

Testing the Abu Garcia Revo Ike: Is it the best spinning reel?

As noted above, I tested this Abu Garcia spinning reel on the matching Ike Series Abu Garcia fishing rod, a 6’10” medium-light stick rated for 4 to 10 lb. line and 3/32 to ½ ounce lures. I like the fact that the reel not only has its line capacity stamped on the lip of the spool, but goes one step further to include both braid and mono. I fished the reel primarily with 15-pound braided line with a fluorocarbon leader affixed with the FG knot. The company claims that the reel’s “Rocket spool lip design” enables longer-than-normal casts, but while I found it to be smooth and long-casting, I don’t know if it pushed my lures farther than any of the best spinning reels on the market.

What I really liked about the Abu Garcia Revo Ike spinning reel was the bail operation. Not only does the wire feel substantial and unbendable, but it snaps into place in both directions with an obvious and satisfying click. That means you’re not likely to have the reel seize up mid-cast and jerk your lure back at you at warp speed. Similarly, the reel’s anti-reverse is rock-solid and unrelenting. The machining and tolerances of every component seem to be first-class.

I used the Ike reel for a variety of finesse presentations – everything from drop shotting to casting 2 and 3-inch swimbaits and tough-to-throw crankbaits like the Rapala Shad Rap. I really liked the fact that it has a 6.2:1 gear ratio, faster than many spinning reels of the past. As the manufacturers have gone to 7:1, 8:1 and even 9:1 in the baitcasting world, they generally have not done the same in their spinning options. Even Abu’s “blazing fast” Revo Rocket spinning reel is only 7.0:1. Nevertheless, 6.2:1 is a good middle ground, allowing you to slowly pull a tight-wobbling crank for lethargic winter bass, but also recover a lot of line on a bass that has grabbed your Senko and charged toward the boat.

I did not get to test the reel’s drag system extensively. A couple of 3- and 4-pound largemouths did pull a little bit of line, and the drag slipped appropriately on hard hooksets (sorry, I still try to drive home the steel as hard as I can, even with 8-pound line), preventing breakage. One other technique that Iaconelli has brought to the forefront of bass tournament angling is back reeling, so even though I don’t normally use it, I made sure to try it with this reel. I was impressed – not only is the lever in an out-of-the-way place that prevents you from switching it accidentally, but it also locks into place with a satisfying click, just like the bail. While reeling backwards still doesn’t come naturally to me, when I tried it was buttery smooth.

At an MSRP of $244.95, this might be more than some spinning-averse anglers want to bite off, but it is consistent with other fishing reels in this range of features. It has 9 stainless steel HPCR bearings and one roller bearing, more than its competitors at comparable price points. The easiest way to stay spinning-resistant is to invest in a reel that won’t perform at crunch time, and the Abu Garcia Revo Ike has shown that it’s one of the best spinning reels for bass.