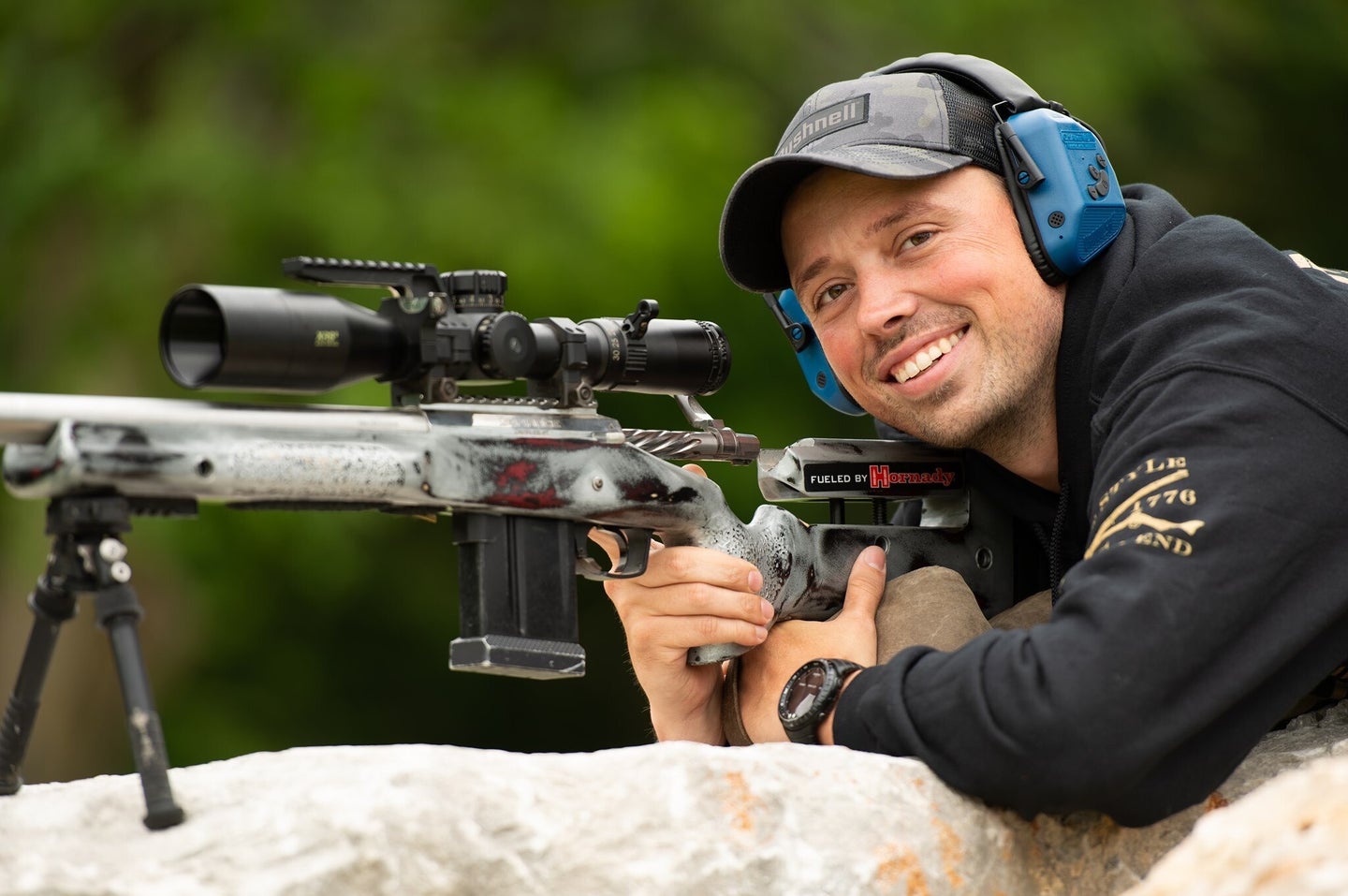 The author found that when he stopped making excuses and started setting personal goals in competitions, he made more progress and had more fun. Courtesy Robert Brantley
SHARE

What are the barriers that keep people from shooting precision rifle competitions? Allow me to count the ways.

After talking to lots of different folks about this over the years, I’ve seen that their reasons for not competing vary. For some, it’s the cost of the equipment. For others, it’s the misconception that their gear needs to be perfect. Without the latest and greatest kit, they reason, they won’t do well. Some would-be competitors hesitate because they fear failure. They especially worry about not doing well in front of others. Folks also commonly think they don’t have the resources—time, as well as money—to participate.

Oddly enough, I’ve found that many of my best matches took place when I was confronting these issues myself. While those moments when you do have total control over every aspect of your shooting feel great, you also don’t have to have every “i” dotted and “t” crossed to shoot at a high level.

And you shouldn’t let a less-than-perfect situation keep you from signing up, either. For example, I talked to one guy who told me he didn’t go shoot a local one-day club match because his brass wasn’t annealed. That’s just overthinking things—letting that notion of perfection keep you from having some fun and learning, too.

I think the key is for shooters to define their own standards of success and work to achieve those goals. It’s not always about being No. 1 on the podium. Your measure of success could be just beating more people than beat you. Or getting a win in your division. Or just making a certain percentage of your shots throughout the day.

These personal goals helped me find more satisfaction in my shooting. In the beginning, for example, I resolved to reduce the number of self-inflicted errors I committed over the course of a match—like forgetting to dial my dope on a target transition. Mentally, I started to shoot matches as a course of fire, and not a competition.

With this mindset, it didn’t matter who else showed up if I shot my best. It also didn’t matter if I had that newest and shiniest toys that all the top shooters were using. Once I changed my mental orientation, I could gauge my progress as an individual, which in turn gave me a sense of what I was capable of doing behind a rifle. This helped me not only to detect my flaws and then work on them, but it also let me know when I did well—no matter where I finished in the rankings, or what rifle and ammo I was running. There are times when I shot awesome and ended up in 25th place, and times I really struggled, yet ended up third.

By learning to shoot against yourself, you’ll be less likely to come up with excuses not to participate. You’ll also be less likely to choke in a match on a course of fire you would normally clean in practice. I’ve struggled with this myself, and still fight certain demons. What’s helped me overcome this is to realize that those targets aren’t any smaller and the stage times aren’t any shorter than my practice sessions. And I shift my thinking from having “expectations” to simply focusing on executing a task: hitting a piece of steel. That’s the anchor in my mind. When I can disconnect my ego from expectations, and instead think about having fun with likeminded folks, I usually perform better and leave satisfied.

And take this to heart: No one will remember or care where you finished on the roster. Most shooters couldn’t even tell you who won the last championship, much less who took first place three matches back, and much, much less who got 14th last match. Everyone only remembers their own placement. So don’t let the possibility of finishing lower than you hope—and the perceived embarrassment of doing so—stop you from showing up.

Also, no one ever wins every time. Find your path to your success, get out there, and try to do more with less. After you do this a few times, I guarantee your performance will improve. Just sign up, go shoot, and have fun.

Every week I seem to talk to so many people who are excited to shoot a competition but have some small reason not to compete. If that’s you, don’t hesitate. Jump in and start swimming. You’re not going to drown, and you’ll come out on the other side better and stronger.

Robert Brantley is a top precision rifle shooter, previous winner of the King of 2 Mile long-range shooting competition, and the marketing manager for Manners Composite Stocks. You can follow him on Instagram at @rebrantley_long_range_shooter.