How Accurate Is Your Hunting Rifle, Really? The Case for Shooting 3- and 5-Shot Groups

There are valid reasons for both, but it all comes down to what a hunter is trying to accomplish at the range 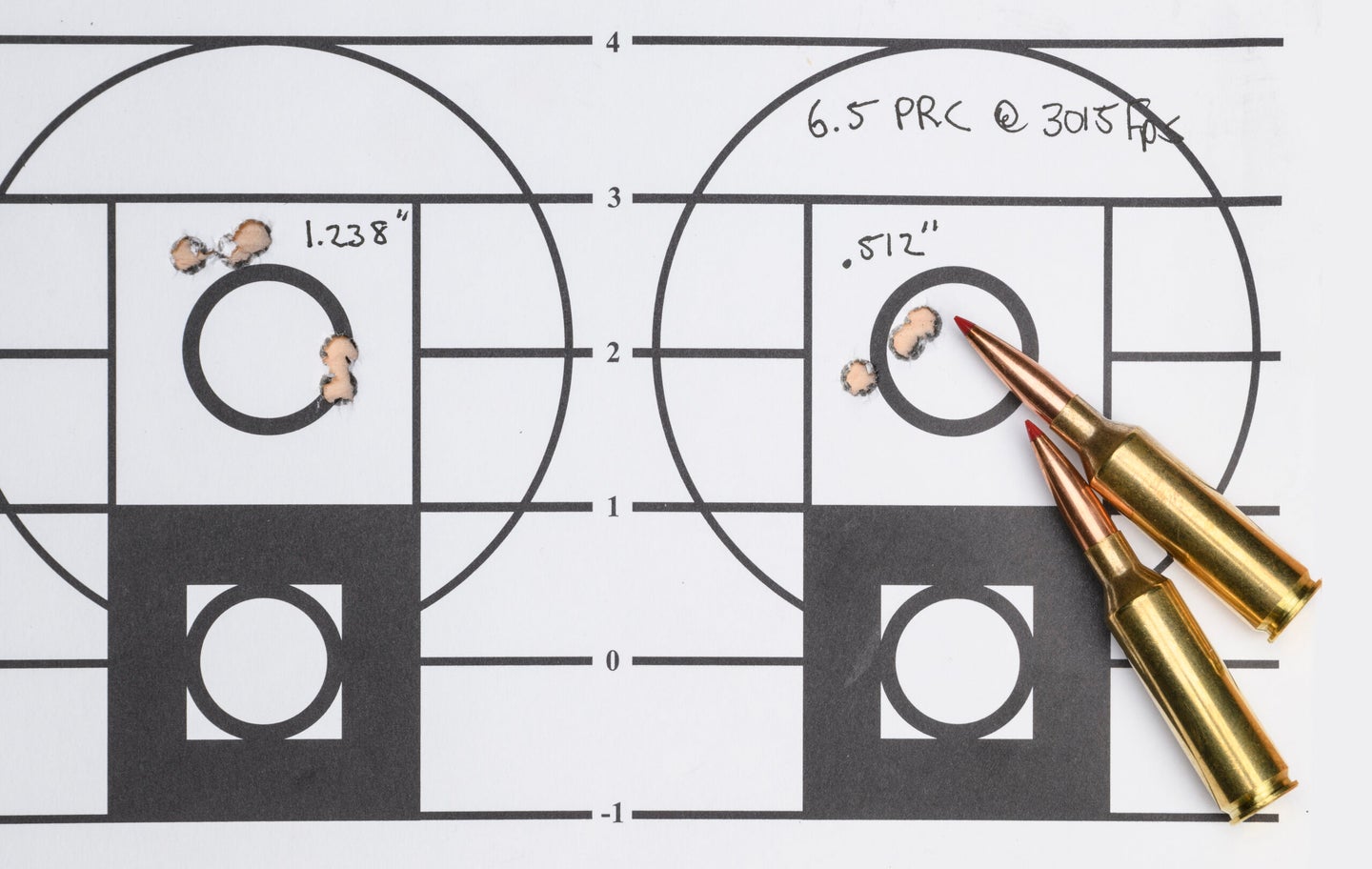 “My rifle is a half-inch gun.”

I hear and read statements like this frequently. Hunters and shooters like to boast about how well their new guns shoot. Or they want to show off the results of their latest reloading efforts, or just reaffirm that an old favorite still has what it takes for another hunting season. Sometimes they have a picture or two of small groups for evidence; sometimes not.

For me, however, these pronouncements raise more questions than they answer.

One of the first things I wonder is, How many shots are in the group? That answer is usually either three or five.

There are valid reasons to use both protocols, so I wouldn’t say that one is better than the other without know what the shooter is hoping to accomplish.

If you’re trying to really determine a rifle’s accuracy, there’s no substitute for going with 5-shot groups. And you’ll notice that “groups” is plural.

For instance, when I review a gun for Outdoor Life and say that it shoots to a certain level—whether it is sub-MOA, or an inch-and-a-half, or something more specific like .683 inches—what I mean is that I’ve shot numerous 5-shot groups with different types of ammunition through the rifle, and then have taken the average of the best 10 groups I measured.

This standard is rigorous, but fair. It also separates the leaders of the pack from the so-so contenders. If a rifle can perform to that level 10 times with different types of ammo, that’s a fair representation of that rifle’s capabilities. And by tossing out the larger groups, you eliminate the shots that get pulled due to shooter error and other factors that don’t really reflect the rifle’s true potential.

What you’ll often see is that standard hunting rifles with sporter-weight barrels—your typical bolt-action deer gun, in other words—will have average group sizes of 1.25 to 2 inches with factory ammo, when shot according to this protocol.

Read Next: How Rifle Shooters Can Become More Accurate Inside 300 Yards

And make no mistake, this is fine performance. When you find a hunting rifle that does much better than this, you’ve really got something special on your hands—especially if the testing includes different bullet styles and weights. Because these barrels are thinner and lighter than those found on varmint rifles or competition guns, they heat up quickly. That means group sizes will tend to open up as you put more rounds downrange. So, if you’re going to try this yourself, it’s important to allow adequate time for the rifle to cool between groups. Otherwise, your rifle will shoot like a (literal) hot mess.

While I test all my rifles this way, I don’t think this is an absolute necessity for a hunter looking to set up his rifle. With competition guns, and other heavy-barreled rifles that are meant to shoot longer strings of fire, going with a five-shot standard is essential. For the average hunter, however, putting three-shot groups through the rifle will tell a person most of what they need to know.

When gun makers advertise an accuracy standard for their rifles, the vast majority are referring to three-shot groups. Based on what I wrote above, that might seem like cutting corners, but it actually isn’t.

In reality, a hunter only needs his or her rifle to shoot a single load well. So, if over the course of putting a few boxes of ammo through a rifle, a few of the groups are duds, it doesn’t matter as long as there is a preferred load or two that agrees with the gun. (I suggest buying and trying about four or five different types of ammo when putting a new gun through its paces. This will help you home in on what it shoots best, and you can use the leftover ammo for fouling the gun after cleaning, and for general shooting practice.)

Once a load is selected, all that remains is to zero the rifle—and for this work you can get away with three-shot groups. As you no doubt know, the most important shot when hunting is always the first one. So, when heading to the range, take note of where that first shot goes in relation to the others.

It’s not a bad idea to make a target with a series of one-inch dots, and use it to shoot the first shot each time you go to the range. After shooting five or ten dots, you’ll have an excellent idea of your rifle’s cold-bore zero and overall accuracy by comparing the various impacts.

Also, putting three careful shots downrange will help you fine-tune your rifle’s hunting zero and, assuming your results are adequate, give you confidence that any follow-up shots will be on target, if they’re needed.