Deer, antelope, elk, moose, and bison were tracked across five states for 20 years to ensure their migration routes stay open 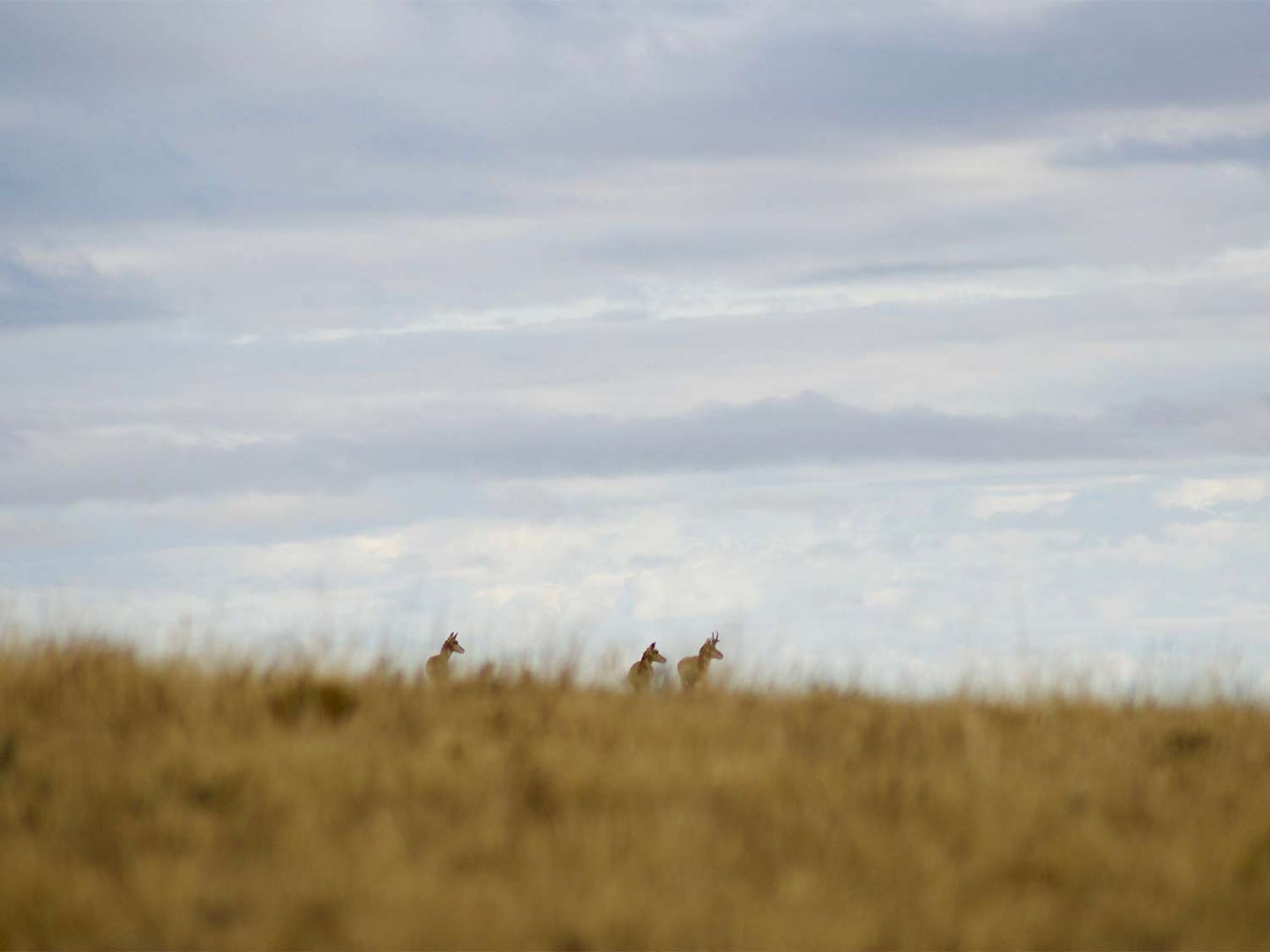 A buck and two antelope does in the hills of eastern Wyoming. Joe Genzel
SHARE

In a joint effort, state and federal wildlife biologists have collaborated to map the migrations of mule deer, elk, pronghorn, moose, and bison across the western U.S.

The Ungulate Migrations of the Western United States: Volume 1 is the first study of its kind to include more than 40 big-game migration routes in Arizona, Idaho, Nevada, Utah, and Wyoming. The maps will help land managers and conservationists keep migration corridors open and functional to sustain healthy big-game populations.

“This new detailed assessment of migration routes, timing, and interaction of individual animals and herds has given us an insightful view of the critical factors necessary for protecting wildlife and our citizens,” said USGS Director Jim Reilly.

The mapping project, born from the Department of the Interior Secretary’s Order 3362, was supported by two decades of wildlife research and gathered through GPS tracking collars and the manpower of volunteers who mapped the migrations.

According to USGS, the detailed maps will be used to “identify key infrastructure that affects migration patterns.” State and federal agencies will work with private landowners “to protect vital habitats and maintain the functionality of corridors.”

The infringement of building roads and resulting car traffic doesn’t stop ungulates from crossing highways. Corridor mapping allows agencies, including the Department of Transportation, to create wildlife underpasses and overpasses that allow for the safety of motorists and animals.

“In Wyoming, motorist fatalities with deer are the number one culprit for the loss of deer, more than what is taken every fall by hunters,” says Joshua Coursey, founder of Muley Fanatic Foundation, a mule deer conservation group.

Big-game pattern documentation is also a great asset to hunters. The maps can pinpoint hundreds of miles of herd migration routes.

“The more intimate knowledge you have about that, that’s the first step of being able to successfully want to harvest them as well,” Coursey says.

Migration paths that formed before the first settlers came to America are at further risk due to more human encroachment, habitat loss, and changing weather patterns. But the biggest threat is not the man-made fences or droughts and wildfires that have ravaged the West—it’s the continued development of subdivisions.

“Animals can’t navigate subdivisions. They’re a permanent loss of habitat. If a subdivision is developed right in the middle of the corridor, that’s a pretty good recipe to lose the corridor,” says Matthew Kauffman, lead author of the report and director of the USGS Wyoming Cooperative Fish and Wildlife Research Unit.

Volume 2 of the study will be published in the fall of 2021, says Kauffman.

“This is just the beginning. [The study] provides just another tool in the toolbox for our wildlife managers,” Coursey says. “The 21st-century effort of conservation is trying to utilize the technology and the sound science that has been gathered…to connect the dots and put action items before us that allow us to do good things on the landscape for our resources.”