Common Sense Ways to Prepare for the Coronavirus Outbreak in America

Now is not the time to panic. A few simple steps will help you prepare for COVID-19 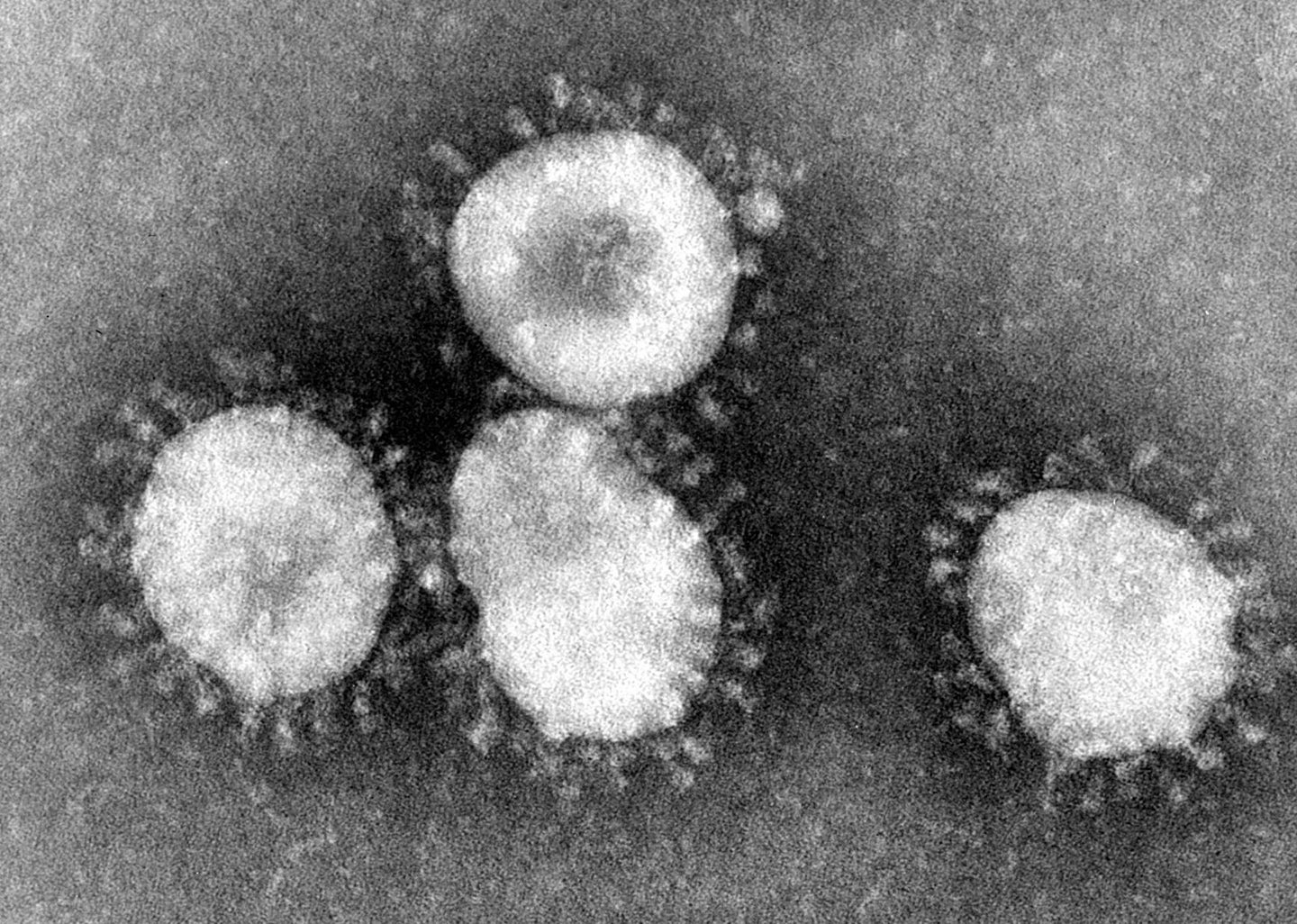 These common-sense steps will help you prepare for the outbreak. Dr. Fred Murphy, Centers for Disease Control
SHARE

Fear activates people. It sells surgical masks and medical gloves. It sells bleach and disinfecting spray. But even more than than selling products, fear drives people to obsessively gobble up social media posts and scroll through traditional media reports. But instead of panicking at the prime time reports, let’s cut through the B.S. and make emergency preparedness a real priority before the coronavirus spreads throughout the country. Here’s how.

What is the Coronavirus?

What is this alarming aliment and where did it come from? Last year, a new virus was discovered in humans and initially named “SARS-CoV-2.” A close relative of SARS (severe acute respiratory syndrome), the disease was renamed “coronavirus disease 2019” (which is shortened to “COVID-19”). First detected in Wuhan, China, the disease is now confirmed in some 60 locations internationally, including in the United States. Coronaviruses are nothing new (and that’s why they’re listed on your Lysol can). This huge family of viral organisms is found in people and plenty of “Old World” animals (like bats, camels, cattle, and cats). Initially, the outbreak epicenter involved people who had ties to a major seafood and live animal market in Wuhan, but soon, the disease seemed to spread person-to-person. On January 30, 2020, an emergency committee of the World Health Organization declared the outbreak a “public health emergency of international concern.” Symptoms of COVID-19 infection range from those of a mild respiratory cold, to major flu-like symptoms that require hospitalization.

What Makes a Pandemic So Dangerous?

The two main things that make a pandemic dangerous are communicability and lethality. The definition of a pandemic is an infectious disease that had spread around the globe, and it will only do this when the organism is easy to spread (highly communicable). Diseases that are strictly blood borne are not likely to jump out of a carrier and all over the other passengers at the international airport, for example. Yet something that’s easily spread in the air (by droplets from coughing and sneezing, breath/body fluids, or other close contact), can spread across the globe in a few days (due to the speed of modern international travel). If the wide-spreading ailment is just a common cold, it doesn’t matter too much. But when it is an illness with a higher than normal mortality rate—that’s when things get ugly. So far, COVID-19 isn’t proving to be as fatal as our fears might imagine—but it is very catchy. Some reports are suggesting that people are “reacquiring” the illness, effectively catching the same virus twice.

The Deadliest Pandemic in History

The most lethal pandemic of recent history was the 1918 Spanish Influenza. This worldwide case of the flu killed between 40 million and 100 million people and infected more than 500 million people across the globe. It was an especially deadly form of H1N1 influenza virus that began killing people in January 1918, and continued until December 1920. The Spanish Influenza had all the usual flu symptoms (fever, nausea, diarrhea and body aches), but it also had two unusual factors, a high mortality rate—even among young, healthy adults. In fact, Healthy young adults were the primary fatalities, not the very young and very old (the most common flu victims). In addition to the death toll, there were plenty of non-disease issues during and after the outbreak. For example, the global economy and the supply chain took a major hit. Ports were closed and trade was crippled. Stores weren’t even allowed to have sales, for fear that they’d draw too many people in one place and spread the disease. Some large cities (like Chicago) actually banned funerals since the death toll was so high and people might infect each other at the gathering. Schools and churches were closed.

So is coronavirus another Spanish flu? Certainly not. COVID-19 is much less fatal, and medical care and communications have advanced by leaps and bounds since 1918.

Be Smart About Your Exposure

You may have heard of the Law of Stupid: Don’t do stupid things, with stupid people, in stupid places, at stupid times. I first learned it from Dr. Conrad Bui, in a self-dense class but it applies here too.

Don’t do stupid things, like skipping an aggressive hand washing with hot water and soap after going out in public. Don’t have close contact with people who are, or may be sick, unless you are the one who has to take care of them. Don’t go to stupid places, like crowed public areas where there’s a known outbreak. Don’t go out at stupid times, like during a full blown outbreak, or most importantly, if you are sick.

Supplement these laws of stupid with plain old common sense and courtesy, like covering your coughs and sneezes with a disposable tissue, disinfecting frequently touched surfaces at home and work, and keeping sick relatives isolated from the family. These are all smart moves for your continued health, now and under any conditions.

How to Prepare for the Coronavirus

Now is a good time to preach preparedness. My children’s school system just sent out an email last week stating that we should expect schools to close in the event of a coronavirus outbreak in our area and that we should be prepared for “an interruption in services” that may last for weeks. Even the most adamant anti-prepper folks are being faced with the thought that they might have to rely on their own wits and resources for awhile. This can be scary to most individuals. But it really is a great opportunity for you to talk them out of panic by buying a bunch of junk that they don’t need and talk them into making some smart steps to self-reliance (in the face of a pandemic or any other type of disaster).

What would your people (or you) do if you couldn’t work for a few weeks? It may be that you are too sick to report for duty, or you decide to stay home to avoid getting sick. How could you pay your bills without your normal income stream? This is a tough question for many people, as much of the world lives paycheck to paycheck. But now is the time to come up with a plan, not during the crisis. I recommend starting with one month’s mortgage payment as an “emergency fund” and then adding to it as your income allows. Some of this emergency fund should be in the form of cash, allowing you to buy things in the event that banks are closed in a crisis. Make that money now, rather than waiting until later. Sell something you don’t need or take some overtime at work. Get creative and come up with a financial back-up plan.

We take water for granted in modern society, but there are occasions when it stops flowing. Figure out where you’ll get water if you can’t get it from the tap, and help your friends and family buy the right supplies and products to make the water safe to drink. This could be water disinfecting tablets for those on a tight budget or water filters. It’s also important to have a stock of stored water on hand. This could be a few cases of bottled water, or larger jugs, or a healthy mix of both. You should NOT drink untreated water.

So many people live on take-out and delivery, but what if that all stopped? Worse still, what if supply chain interruptions limited the foods on grocery store shelves or you were afraid to hit the grocery store for fear of getting sick? Keeping an edible insurance policy of shelf-stable foods at home is key to all types of emergency planning. Start with a week’s worth of ready-to eat foods that require no cooking. Peanut butter and crackers, canned goods, shakes, snack foods and meal bars are great options to get your food storage started. Just make sure you buy things that you know your family will eat. Then add to your food reserve as finances allow, by buying instant foods, freeze dried food, and staple food items. Things that can be prepared with only boiling water are the best approach for hot meals. Instant oatmeal, pasta and rice are cheap, filling, calorie dense, and easy to cook on a camping stove. And make sure you have extra fuel for that stove, if you’re including hot meals in your emergency planning.

God forbid, you have a family member who is sick. Whether it’s a normal cold or flu, or the virus we’ve been talking about, it’s important to keep them away from healthy family members, especially infants and the elderly. They should be in their own room, with their own bathroom. They should even take their meals in there. Like other coronavirus types, COVID-19 can live outside of a “host” for a long time, and reside on solid and soft surfaces. Have some medical supplies at home and plan for how you might treat sick family members.