Straight-Wall Rifle Cartridges Are Making a Comeback in Deer Hunting 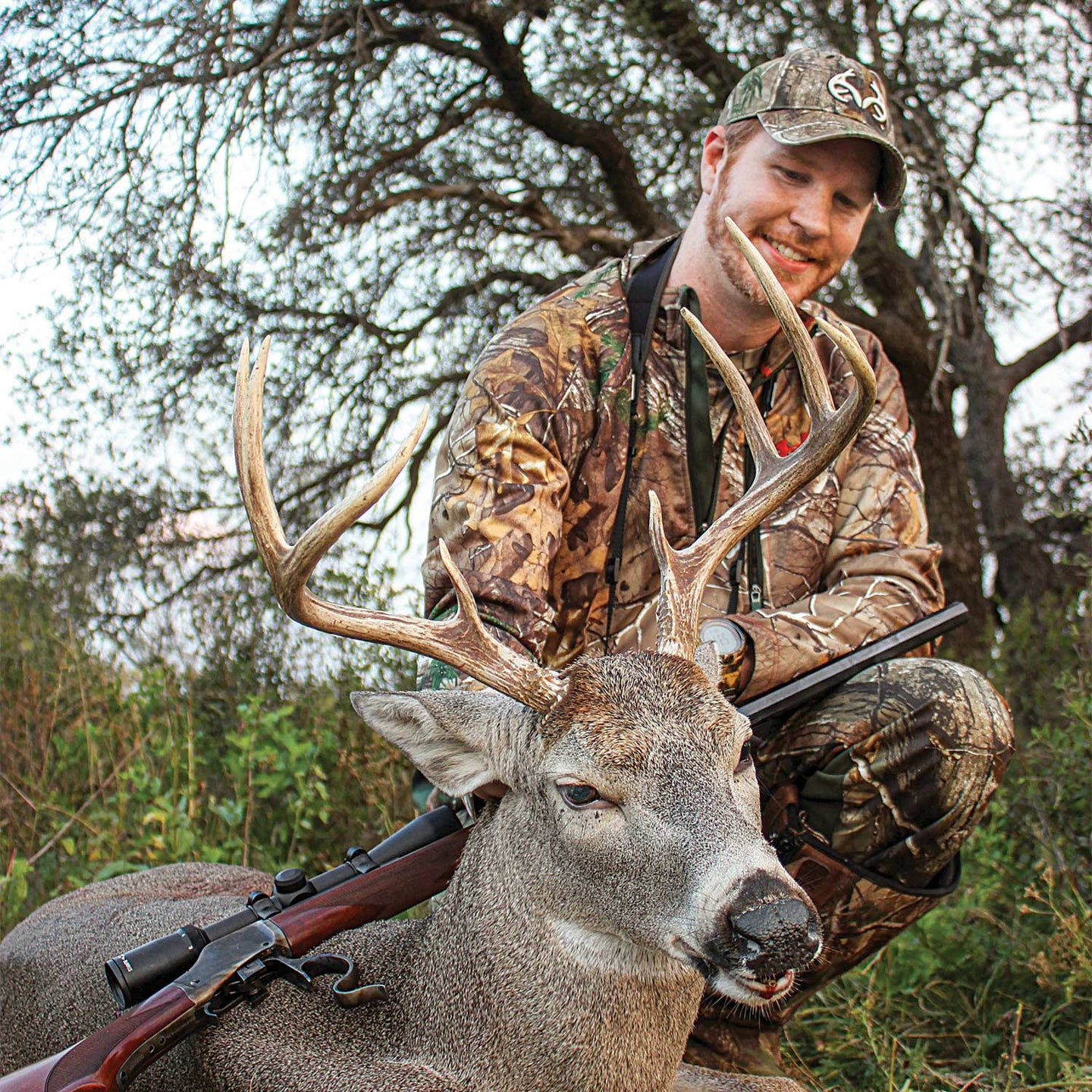 Throughout the Midwest and other parts of the country, deer hunters are swapping their slug guns and muzzleloaders for rifles chambered in straight-wall cartridges thanks to changes in legislation that make these rounds legal to use. For decades, states such as Iowa, Indiana, Ohio, and Michigan prohibited the use of traditional bottleneck centerfire cartridges for deer, citing safety concerns in areas with high human-population densities. But the limited range of straight-wall cartridges makes them ideal for these places.

On the low end of the straight-wall power spectrum are pistol cartridges. That list includes the .357 Magnum and .44 Remington Magnum. Most pistol-caliber rifles are lever actions like the Marlin 1894 and Winchester 1892, but there are other choices: Ruger offers its light, handy 77/357 and 77/44 bolt guns chambered for these rounds, and there are semi-auto and single-shot options as well. The .357 and .44 Magnums are inexpensive to shoot and produce mild recoil, but their effective range is limited. Larger pistol calibers such as the .454 Casull, .460 S&W Magnum, .480 Ruger, and .500 S&W Magnum offer a straight-wall profile with more punch and a flatter trajectory than the .44 Magnum (some border .45/70 Gov’t ballistics) and are an ideal choice for deer-size game at moderate ranges.

The .444 Marlin, .450 Marlin, and .45/70 are rimmed straight-wall rifle cartridges that are most commonly chambered in lever guns such as the Winchester 1886 and Marlin 1895, though there are single-shot options like the Ruger No. 1 and Winchester’s 1885. As the chart below shows, these rifles shoot flatter and hit harder than pistol-caliber straight-wall cartridges. Also, their relatively slow bullets minimize meat damage.

Winchester’s new 350 Legend is a straight-wall case with a .378-inch rim diameter (same as a .223 Rem.) and measures 1.71 inches in length, making it legal in states like Iowa, Indiana, Ohio, and Michigan. Firing .357-inch 150-grain Winchester Extreme Point bullets at 2,325 feet per second, the 350 Legend is effective on deer-size game to 250 yards, and generates more energy than a .30/30 load from a 20-inch barrel. In addition to its relatively flat trajectory (for a straight-wall cartridge, anyway), the Legend offers two other advantages over its straight-wall competitors. First, recoil is extremely mild—20 percent less than a .243 Winchester—making the 350 Legend one of the lightest-kicking deer rifles available. Second, ammunition is affordable, costing as little as $15 a box.

Straight-wall cartridges will never replace bottleneck ammunition, but they do have a place in the hunting market, even for those who live in states that don’t require their use on big game. These cartridges are effective out to 200 yards or more and will tackle game up to and including elk and moose. Plus, they give hunters an excuse to tote a classic lever gun afield during fall.

Regulations can (and do) change. Be sure to verify the rules for the season and area you are hunting.

Indiana
Rifle cartridges for hunting public land must have a minimum bullet diameter of .357 inch, and a case that measures no less than 1.16 inches and no greater than 1.8 inches. Full-metal jackets are prohibited.

Ohio
Straight-wall cartridges firing bullets from .357 to .50 inch in diameter are legal. Hunters may not have more than three cartridges in the rifle and magazine combined.

Michigan
In the limited-firearms deer zone, hunters are permitted to use straight-wall cartridges with cases between 1.16 and 1.8 inches in length, and bullets with diameters larger than .35 inch.