Bighorn sheep, moose and presumably other big game animals, teach each other long and intricate migration routes, and that cultural... 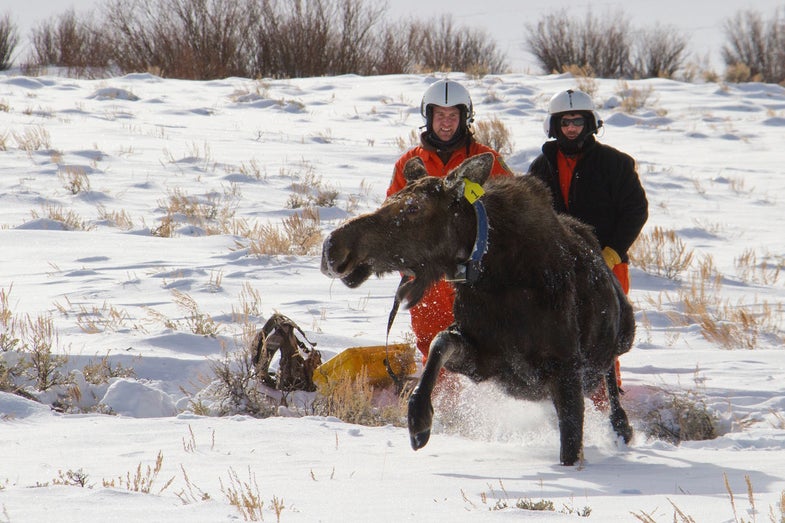 Bighorn sheep, moose and presumably other big game animals, teach each other long and intricate migration routes, and that cultural knowledge can be lost when local subpopulations are extirpated or die out.

That’s the bottom line of new research featured in a recent edition of Science, the world’s leading scientific journal. Researchers say the findings provide even more reasons to identify and protect migration routes, and to intervene early when necessary to protect big-game herds from winking out.

The article was entitled “Is Ungulate Migration Culturally Transmitted?” The answer seems to be yes.

“Restoration efforts for species like bighorn sheep have been massive, spanning decades and costing millions of dollars,” said researcher Matt Kaufman, of the U.S. Geological Survey. “Most of that has been led by and paid for by sportsmen.”

Yet those efforts are not always as successful as we might wish, leading researchers to wonder why.

Some species, such as fish and songbirds, seem to be guided entirely by instinct when they migrate. But that’s not the case with large mammals.

Working with the state wildlife agencies of Wyoming and Idaho, which have introduced hundreds of bighorn sheep and moose over the last 70 years, researchers fitted scores of the animals with GPS collars, then followed them over years. They found that native animals – herds that had been on the same ground for centuries – tended to travel great distances over the course of a year as they seek out the most nutritious food. Animals that had been recently translocated to new habitats tended to migrate much less, if at all.

With fancy charts and some math, researchers concluded that, indeed, these animals taught each other migration routes, generation by generation. Migration is important because it allows animals to better exploit food resources, which means they have better chances of surviving winter, droughts, predation, and typically produce more young.

“In the American West, migration is a hugely beneficial survival strategy,” Kauffman said.

While an eastern whitetail deer may live its entire life within a square mile or two, animals like mule deer, pronghorn, elk and bighorn might migrate hundreds of miles, between seasons. That requires both wide open country protected by public land, as well as working lands like timber and ranch lands that wildlife can cross.

In short, habitat destruction in one spot can impact big game numbers hundreds of miles away.

Once migration knowledge is lost, it’s a long and difficult process for the herds to “relearn” migration routes, if they can at all.

It’s far better to identify and protect migration routes in the first place, than try to restore them once they’re lost, Kauffman said. Also, the research suggests that wildlife biologists are wise to supplement dwindling herds before those local herds die out entirely, so that the animals’ cultural knowledge has a better chance of being passed on.