The New World-Record Bighorn is a Public Land Success Story 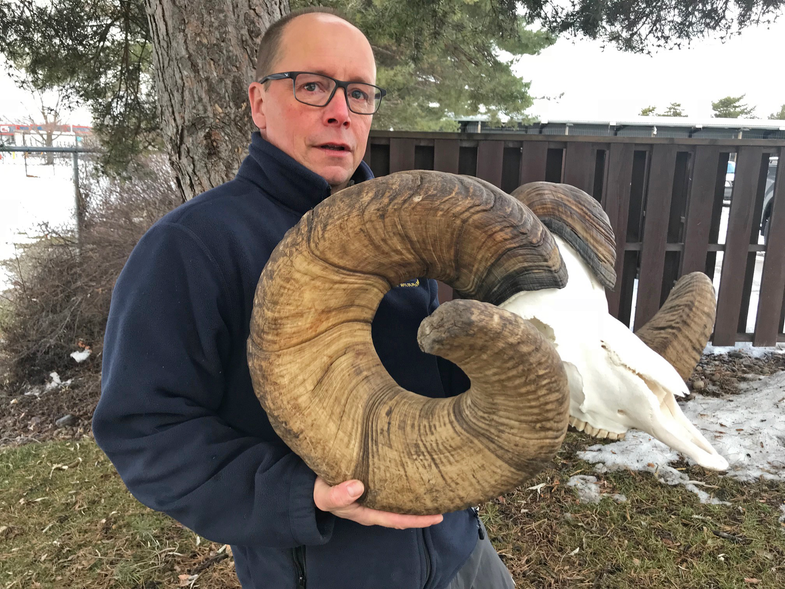 Montana’s “Island of the Giant Rams” is once again re-writing the Boone & Crockett record book, with a Rocky Mountain bighorn that shatters the previous world record by more than six inches.

This week, the Boone & Crockett Club posted an image on Twitter of the pending world-record bighorn. Official scorers at the B&C headquarters in Missoula gave it a stunning score of 216 3/8. That’s a full six inches bigger than the current world record. Before being officially recognized, the measurements must be reviewed by a panel of experts, but don’t expect the score to change much.

The news of a new world-record bighorn spread quickly through the tightly knit community of sheep fanatics. For context, a truly large ram is 40 inches around the curl. This one is nearly 50, even though it is heavily broomed. The skull and horns weigh 50 pounds even.

But the backstory is rich beyond the B&C score alone:

The ram was a natural mortality, what’s commonly called a “pickup” or dead head. According to Fish Wildlife & Parks Regional Parks Manager Dave Landstrom, a visitor to Wild Horse Island State Park noticed the carcass in November of 2016 and reported it to park managers. A team from FWP retrieved the head and put it in an agency evidence freezer, along with several other big rams that had been collected over the years.

This winter, agency folks thawed out the head and took it to a taxidermist to have it cleaned up. They knew the ram was big, but were amazed when they added up their initial measurements. By counting annual rings in the horns, biologists estimate the ram was 9 years old when it died of natural causes.

Wild Horse Island is roughly 2,000 acres in the middle of Flathead Lake, the largest natural freshwater lake in the western United States. The island got its name because it was a favorite pasture for Kootenai Indians keeping their horses safe from raiding Blackfeet.

The island still has a few wild horses, but it is also habitat for bighorn sheep and mule deer. The island is closed to hunting, but is an important source of bighorns for restocking depleted habitats elsewhere in the West. In recent decades, some 421 bighorns have been relocated across at least three western states, providing hunting opportunities along the way.

Most of the larger islands in Flathead Lake have become private estates stocked with trophy homes and bristling with no-trespassing signs. Wild Horse Island, which is spectacular shortgrass prairie with Ponderosa pine, narrowly escaped that same fate, Landstrom said.

In the 1970s, Montana FWP had an opportunity to purchase the island as a state park. That purchase was facilitated by the Land & Water Conservation Fund – a federal program that provides money from off-shore oil leases to pay for habitat conservation and recreational access. “Wild Horse Island State Park is a LWCF success story,” Landstrom said. The island will continue to produce big rams, but it may take awhile before a larger one shows up.