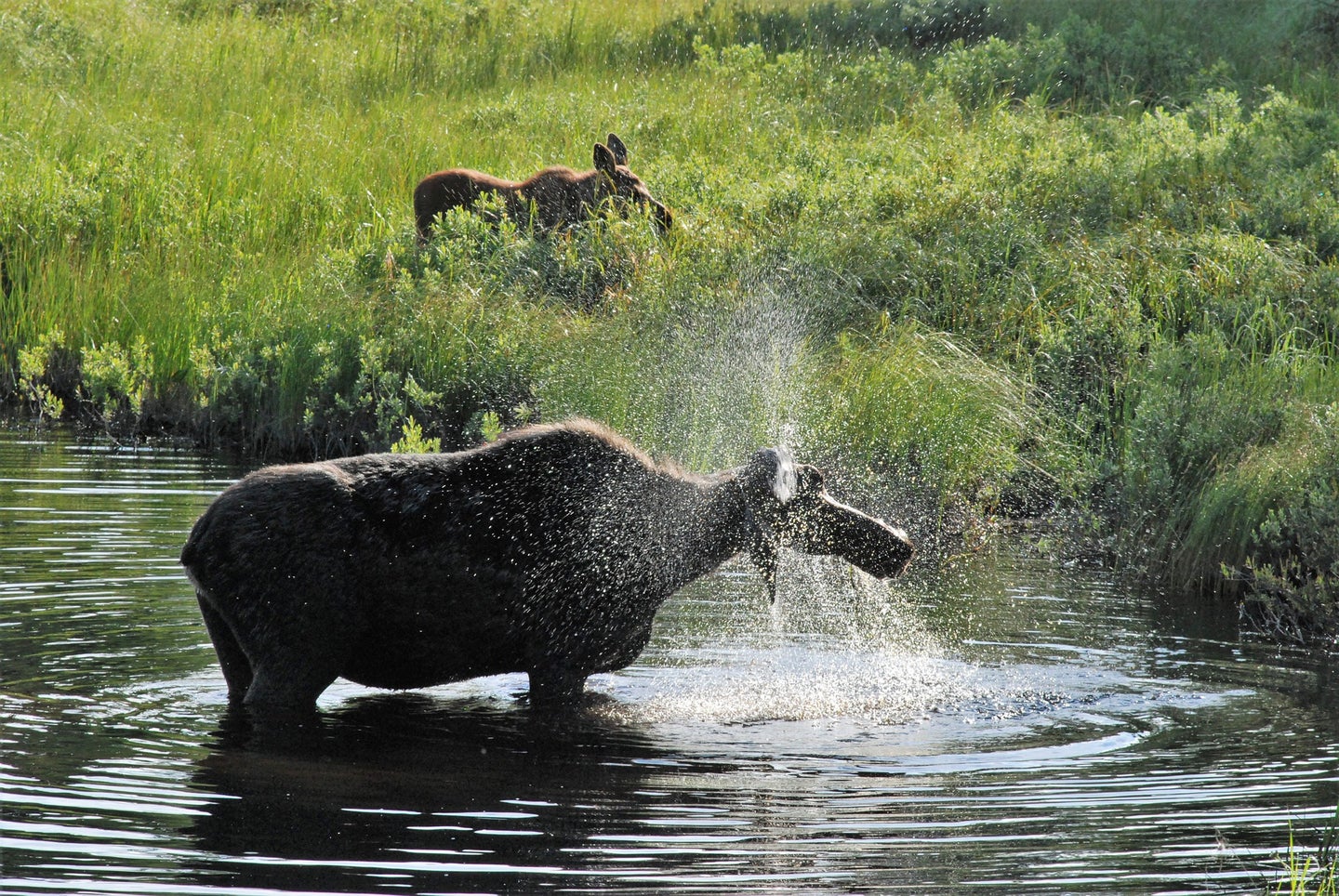 A protective cow moose has attacked a Colorado woman who was walking her dog.
SHARE

A woman was attacked by a cow moose with calves near Glenwood Springs, Colorado, sending her to a local hospital with severe injuries, according to the Grand Junction (Colorado) Daily Sentinel. The attack occurred at 9 p.m. on Aug. 13, as the 79-year old woman was walking a dog on a leash near the home where she was dog-sitting for a resident.

The victim was taken to a local hospital, then later flown by helicopter to a second hospital to treat her injuries because additional acute care was needed.

The Daily Sentinel reports the woman had seen a cow moose with two calves in the yard earlier that day. Later that evening, the woman thought it was safe to walk the leashed dog in the yard. That’s when the moose charged.

The attack was witnessed by another resident, who reported the moose stomped the victim.

“The incident occurred in an area of quality-moose habitat, and it is known that moose frequent the area year-round,” said Colorado Area Wildlife Manager Matt Yamashita. “Our thoughts and prayers go out to the woman. This incident was no fault of her’s. Conflicts with moose can happen, even when best practices are followed for living in moose habitat.”

A cow moose with twin calves had been seen in the area for a long time, with no aggressive behavior reported.

Wildlife experts say the presence of dogs can trigger defensive attacks by some animals, especially when they have young. Bears and moose are noted for this behavior, game authorities said.

Several cow moose with calves have been in the Glenwood Springs area where the attack occurred, making it difficult to identify the animal involved in the incident. No search for the moose is underway.

“This likely was an incident of a cow protecting her calves,” Yamashita said. “We have been talking with local residents to educate them about living in moose habitat, the potential dangers associated with interacting with moose, and actions they can take to minimize the risk of conflict.”