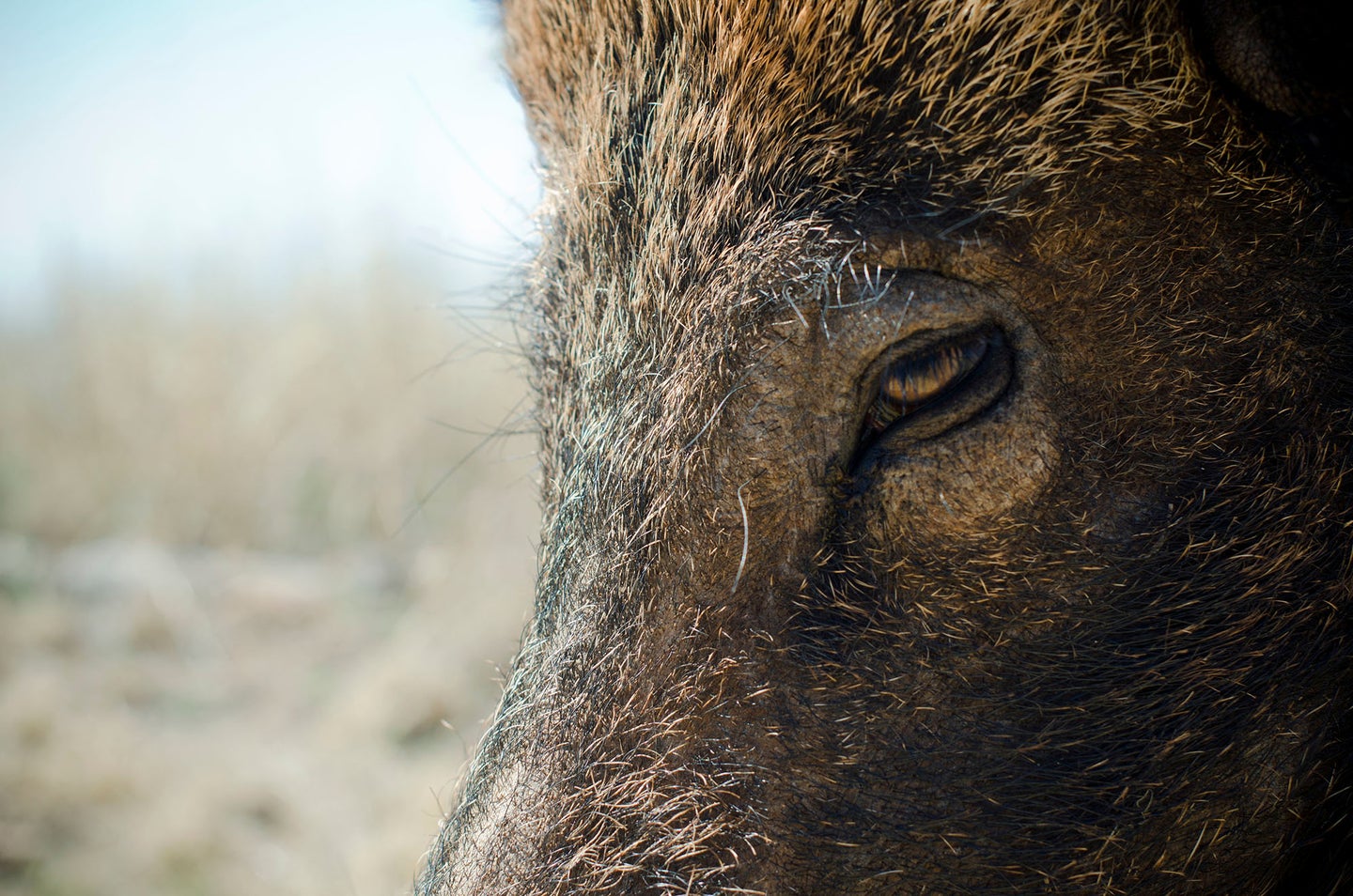 Wild boars are ornery and dangerous, especially when they're injured. John Hafner
SHARE

The odds of being killed by a wild boar are slim. However, a big boar can be dangerous, especially when wounded. Last week an Italian hunter died after he was bitten by a boar he had shot, the DailyMail reports.

Giulio Burattini, 36, was hunting with his father near the Pigelleto di Piancastagnaio nature reserve in Italy’s Tuscany region on Jan. 19 when he shot the boar. The hog hit the ground, and Burattini was approaching the injured animal when, to his surprise, it suddenly got up and charged him. The boar bit him at the top of his right thigh, severing his femoral artery.

Italian emergency services and rescue personnel swarmed to the scene to save Burattini, but the seasoned hunter had already lost too much blood. He died in front of his father, a veterinarian, who reportedly went into shock after witnessing the tragedy. Burattini’s last words, according to the DailyMail, were a desperate call to his friends through his walkie-talkie: “Help, help. I’m dying.”

Read Next: A Surfer in Hawaii Was Attacked by…a Wild Pig?

Burattini lived in Castell’Azzara, which is located 75 miles southeast of Florence. He leaves behind a wife and a seven-year-old daughter.

Italy’s wild boar population is over 2 million strong, according to Coldiretti, Italy’s main agriculture lobby. Hunting boar is popular in the country, and many Italians enjoy a variety wild boar recipes, including boar sauce and wild boar stew. Experienced wild boar hunters know the animals can be dangerous, and will charge with intent to inflict damage on their pursuers. Wild boar are equipped with fearsome, sharp-edged tusks, but usually the victim of a charge suffers only superficial wounds, occasionally requiring sutures.