It seems the tale of Chupie, a chupacabra-like creature that was captured in Texas last week, has come to an... 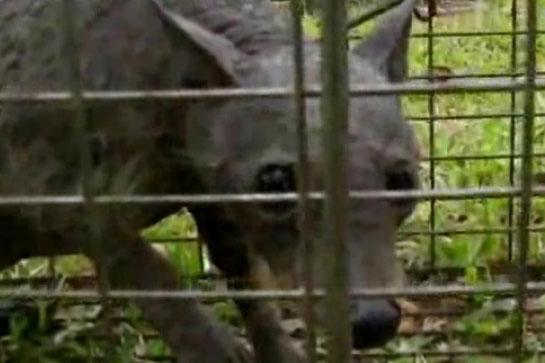 It seems the tale of Chupie, a chupacabra-like creature that was captured in Texas last week, has come to an end.

Jackie Stock and her husband, Arlen Parma, — the couple that caught the critter — decided to put Chupie down after they were convinced he was a raccoon suffering from mange.

“I had gotten attached,” Stock told TMZ. “He will be missed.”

Texas Parks and Wildlife Department asked the couple to set the animal free or euthanize it. A DeWitt County game warden told Stock it was illegal to possess a wild fur-bearing animal, according to the Daily News.

Some people have suggested a chupacabra cover-up conspiracy. TMZ contacted Mike Cox of Texas Parks and Wildlife to see if the animal’s DNA would be tested, and found that it would not be.

“So, we asked, what is the scientific basis to definitely exclude a Chupacabra as a possibility? Cox fired back, There hasn’t been a new mammal discovered in Texas in centuries,'” TMZ writes.

TMZ alleges that no tests are being done because “Texas Can’t Handle the Truth.”

But before you jump on the conspiracy-theory bandwagon, please keep in mind that TMZ is the most infamous Hollywood gossip site on the web, and it has much more experience reporting on celebrity nip-slips than on decisions made by wildlife agencies.