“We Don’t Want Any Trouble!” Watch Nervous Cyclists Talk to a Grizzly Bear 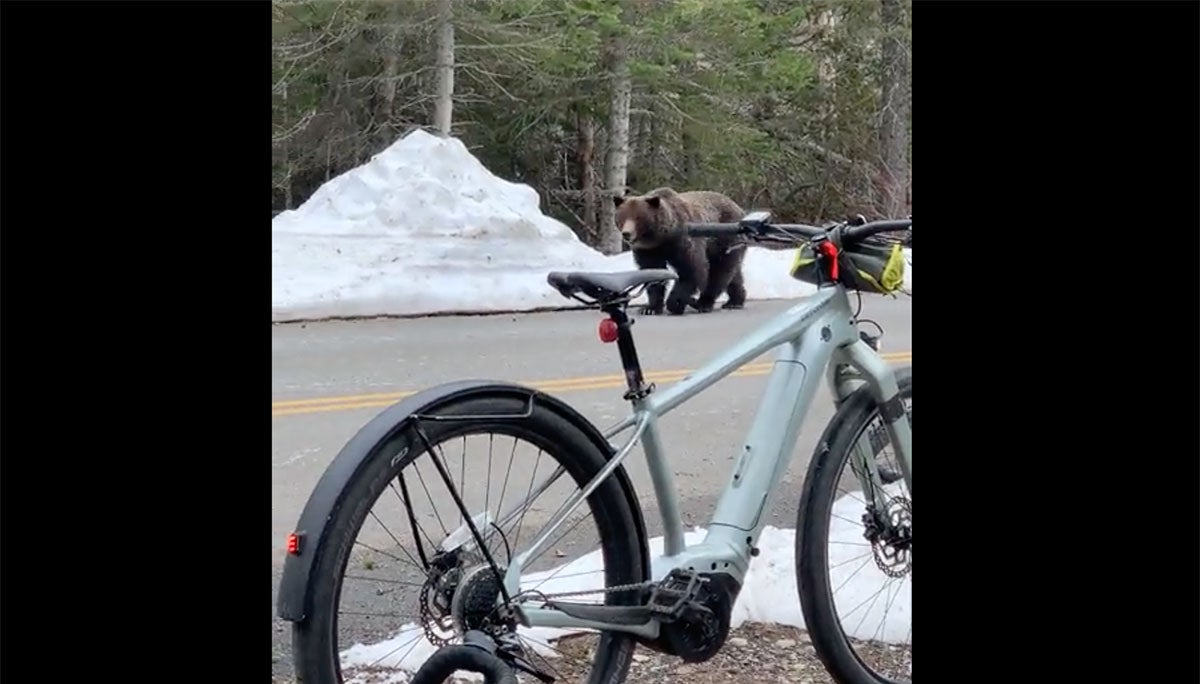 A grizzly walks down the highway. Maureen Gerber
SHARE

Glacier National Park’s “Going-to-the-Sun Road” is a famous scenic highway where visitors often spot mountain goats, bighorn sheep, and grizzly bears. And sometimes those critters end up a little too close for comfort.

Maureen Gerber, her husband, and two friends were out biking when they came face to face with a grizzly walking down the mountain road, according to a report in the Cowboy State Daily.

Encounters like this one are on the rise all across the grizzly bears’ range in the Lower 48, according to an in-depth report from Outdoor Life (read here: Are Grizzly Attacks Really on the Rise?). However, fatal grizzly attacks (and encounters where people are injured by bears) are actually not on the rise at all.

The Outdoor Life Podcast: Report on Attacks in Grizzly Country

The group of four cyclists had traveled about 10 miles and were headed down a hill, the roadsides still packed high with snow, when the bear appeared.

Gerber told the newspaper there was no way around the bear, as there was a river on one side of the road and a thick wooded hillside covered in snow on the other.

Other cyclists had spotted the grizzly, too, and they all clustered together along the shoulder, bikes and gear scattered on the ground between them and the grizz. There were more than a dozen cyclists clustered together, including children, making noise and hoping the bear would continue walking by up the road.

“We put our bikes down and got behind them while others stood up with their bear spray and we all made noise,” Gerber said.

“We were just sitting there. Everyone was shaking. It was pretty scary.”

Gerber’s husband made a video of the bear as it moseyed by the group, clearly uninterested in the cyclists and not showing any signs of aggression.

“These guys [Montana residents] have lived out here for 60 years and they tell me they’ve never come that close [to a grizzly],” says Gerber, who is from New Jersey. “I guess because I’m originally from the East Coast, I thought this happened all the time. I guess it was a big deal.”

Last summer a long-distance bicyclist was killed by a grizzly bear near the town of Ovando, Montana. Leah Davis Lokan, a 65-year-old registered nurse from Chico, California, was dragged from her tent and killed by a bear. That grizzly was eventually captured and shot by game officers.