Michigan Cross Country Runner Gets Run Over by a Whitetail Doe

A Michigan cross-country runner collided with a deer during a race, resulting in a fractured clavicle and concussion 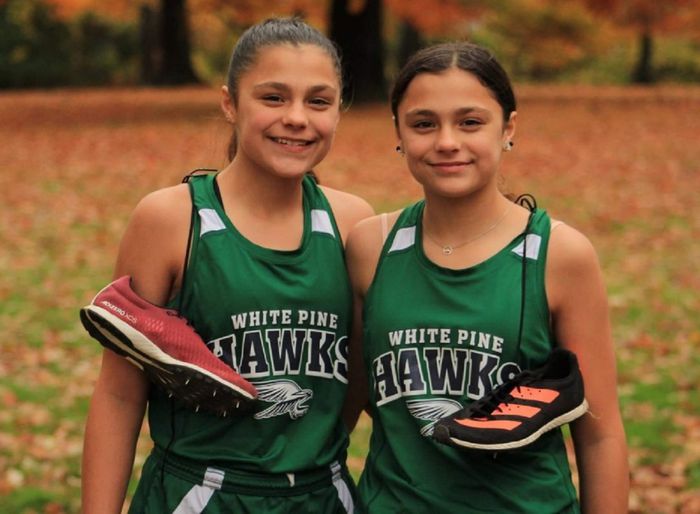 Madison Sylvester, right, was run over by a whitetail doe while competing in cross-country.
SHARE

Madison Sylvester, a 13-year-old eighth-grader at White Pine Middle School in Saginaw, Michigan, was nearing the end of a race when a mature doe suddenly appeared on a collision course with the 5-foot, 100-pound girl.

“I was running and having a good race, and then I heard it, and then I saw the deer out of the corner of my eye,” Madison told Michigan’s ABC-12 News station. “I thought it might go behind me. When it hit me, I knew what happened. It was scary.”

Maegan Sylvester was running in the same late-September race, and was just 10 feet behind her sister Madison when she witnessed the collision.

“The deer kept came running and it leaped out and hit her,” Maegan said. “Madison got thrown to the ground by the deer, and she was just laying there and her face was in shock. I remember my sister screaming for help.”

Maegan and other runners hurried to help Madison as the doe, which weighed an estimated 130-pounds, ran off. Madison was hurt and couldn’t finish the race. Maegan summoned help for her sister. Their father Josh Sylvester was at the race and quickly made his way over to his daughters.

“The mud, the blood coming out of her nose and her mouth…she recognized me and when she said, ‘Dad,’ it was hard,” Josh Sylvester said. “I had to bite my lip and hold it in.”

Read Next: 10 Deer Parts That Will Keep You Alive

At the hospital, Madison was was diagnosed with a broken collarbone and concussion. She won’t be able to resume running until doctors clear her, likely in a few weeks.