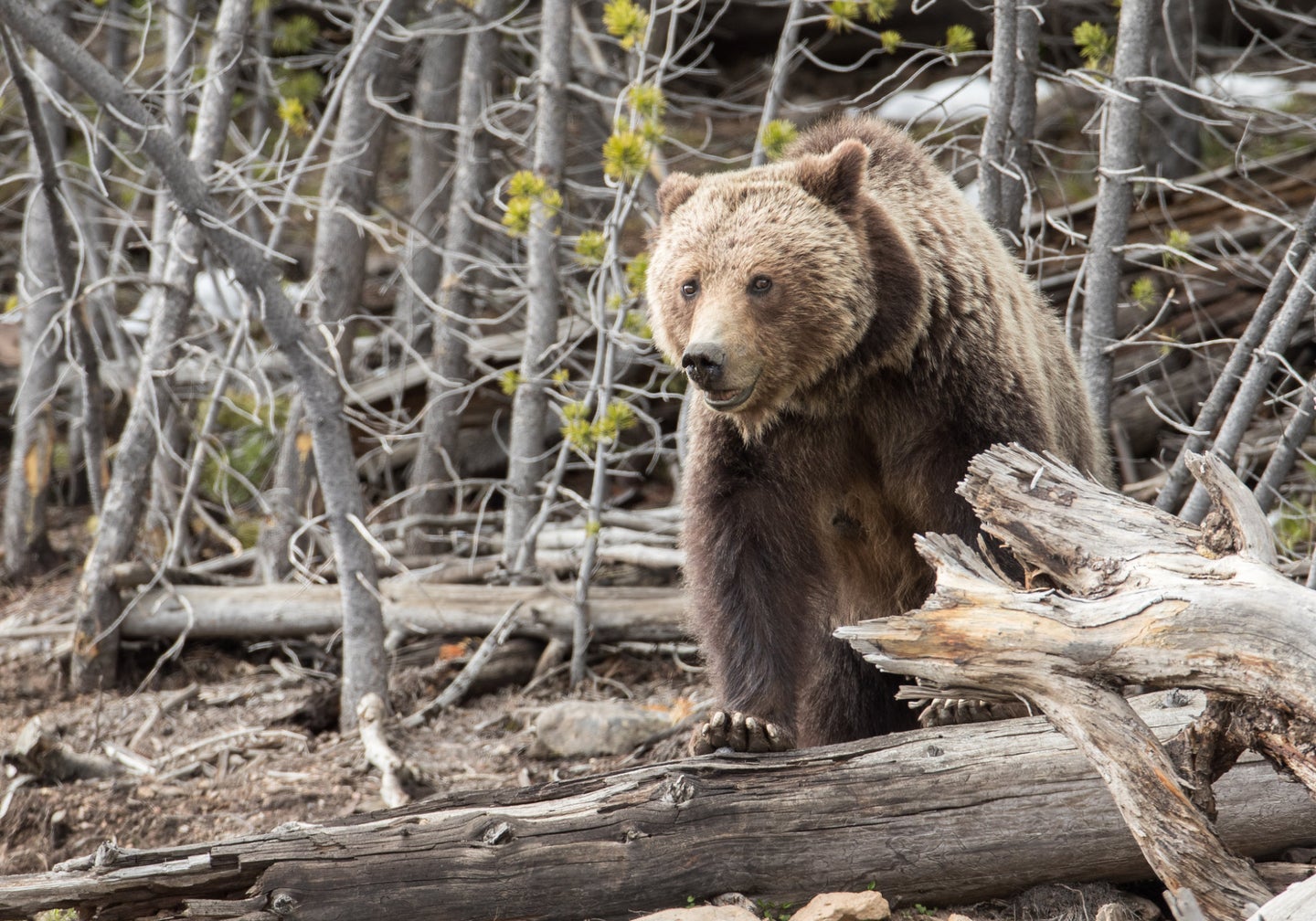 Grizzly bear activity is on the rise in the region where the attack occurred, authorities say. NPS / Jim Peaco
SHARE

Northwest College sophomores and wrestlers Kendell Cummings and Brady Lowry suffered serious injuries after a grizzly attacked them during a shed hunt in Wyoming on Saturday, Oct. 15. Lowry was scheduled for release from the hospital on Monday, Oct. 17, but Cummings is expected to stay longer, according to the Cowboy State Daily.

Cummings, of Evanston, Wyoming, and Lowry, of Cedar City, Utah, were out with two other wrestling teammates Orrin Jackson and August Harrison near the Bobcat Houlihan trailhead on the Shoshone National Forest, southwest of Cody, Wyoming, according to a press release from the Wyoming Game and Fish Department. As Lowry and Cummings made their way down the mountain in the afternoon after a successful shed hunt, the grizzly jumped out unexpectedly and started attacking Lowry, knocking him off a small ledge. Cummings then reportedly tried to pull the bear off his teammate after throwing objects and yelling didn’t work, which prompted the bear to attack Cummings.

“I grabbed and yanked him hard by the ear,” Cummings told the Cowboy State Daily.

After an initial grapple, the bear stood up, at which point Cummings stood as well to call out for Lowry, but the bear returned its attention to Cummings immediately and re-attacked. A few minutes later, the bear cleared out and the men started making their way down the mountain.

Eventually they met up with Jackson and Harrison, who hauled Lowry and Cummings out on their backs. The four made it to their vehicle with the help of a nearby hunter and a local resident. Park County Search and Rescue and WGFD personnel arrived at the scene after the group called 911. Cummings was life-flighted to St. Vincent Healthcare in Billings, Montana, and Lowry was taken to Cody Regional Hospital in an ambulance. He was then life-flighted to the hospital in Billings shortly thereafter.

Cummings’ injuries demanded 60 staples and plastic surgery around his face and head, and multiple sutures in his left arm, right hand, and both legs. Lowry suffered a severe compound fracture in his left forearm and also required sutures for lacerations in his back, shoulders, and right leg.

“We’re praying for those kids and their families and the rest of the team and their coach,” Erickson says. “They’re alive and doing well, for what happened.”

According to a letter from Northwest College president Lisa Watson, the four were carrying bear spray at the time, but the attack was too sudden for any of them to deploy it. The four confirmed this statement and included that one of them had a sidearm.

“I am so grateful for those who assisted these brave young men in the aftermath of this terrifying ordeal and that no lives were lost. It took quick thinking and no small amount of bravery for this to have ended without tragedy,” Watson writes. “May their recovery be swift, and their spirits remain strong.”

Grizzly bears remain active well into the fall. They are currently in the midst of hyperphagia, during which they eat and drink in excess to put on weight for their winter hibernation. This can lead to an increased aggression toward humans, especially if bears are conditioned to eating human food.

“In the vicinity where the attack occurred, reports from landowners and hunters indicate there may be six to 10 different bears moving between agricultural fields and low elevation slopes,” WGFD Cody Region wildlife supervisor Dan Smith says. “Game and Fish will continue to monitor bear activity in the area and work with the U.S. Fish and Wildlife Service to make management decisions in the best interest of public safety.”

As for the power of the bond between the wrestlers, they say it was a classic example of teammates doing what teammates do.

“We go to hell and back with each other,” Lowry says. “We aren’t going to let one of us go down without helping.”

“I can’t even express how grateful I am for him,” Lowry says. “I don’t know what I’m going to pay him back, I don’t. I owe him everything.”