Think Before You Boycott: Guns, Public Land, and Vista Outdoor 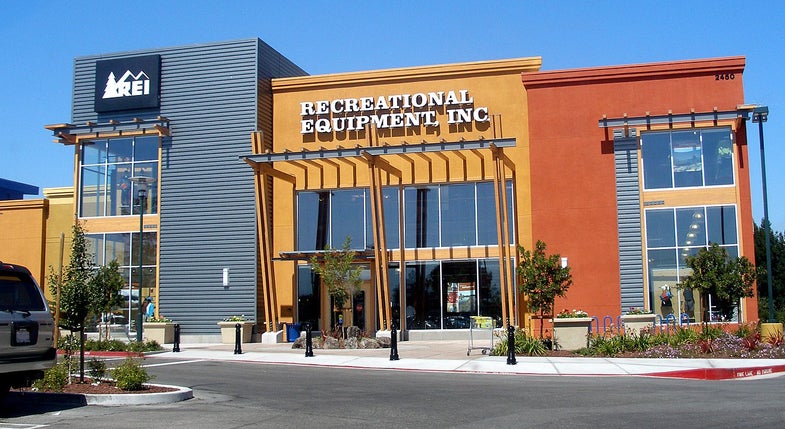 You might have never heard of Vista Outdoor before, but you definitely know about their hunting subsidiaries: Federal Premium Ammunition, Bushnell, Primos, and Savage Arms, among others. Vista also owns a whole suite of companies that work in the camper, backpacker, and cyclist realm: CamelBak, Camp Chef, Bolle, and Bell.

Holding such a diverse lineup of brands put Vista front and center in the debate over gun control last week. First, Canadian retailer Mountain Equipment Co-op vowed to discontinue selling Vista products in its stores because one of Vista’s companies, Savage Arms, produces six models of AR-style rifles. Savage is most widely known for producing bolt-action rifles and only got into the AR market about a year ago. Then, on Thursday, REI, an American outdoor gear retail giant that does not sell guns, said in a statement that it would put a hold on Vista Outdoor brands from all of its stores. (Full disclosure: Vista Outdoor is an advertiser with Outdoor Life magazine.)

The move was helped along by stories from Outside.com that covered mounting pressure being put on REI through a petition. Many folks didn’t realize that some of their favorite outdoor brands were owned by a parent company that also owns gun and ammo brands. The story also cited that a Vista Outdoor PAC contributed money to Utah representatives Rob Bishop and Chris Stewart, who have both pushed anti-public-land legislation. Another Outside story asked: “Say one of your favorite hydration-pack brands has a parent company that also owns a semi-automatic rifle maker. Should you stop buying the gear?”

Jesse Ladner started the petition, which has 24,000 signatures and states: “As an REI Co-op member, I’m asking my favorite outdoor retailer to take a firm stand and stop profiting from companies that promote and manufacture assault weapons.”

Regardless of how you feel about the AR-style rifles, or the Utah reps, there are some important facts missing from this story. And these facts are critical, no matter who you buy your water reservoirs from, now more than ever. In the past few years, the outdoor rec crowd and the hunting crowd have formed a tentative but powerful alliance to support the public lands we all love—and that our sports’ very existence depend upon. (And that alliance has been covered thoughtfully by Outside.com and many others.) The outdoor rec crowd needs hunters and shooters. It needs hunters to show bi-partisan support for federal lands, which are mostly located in Western, conservative states. The outdoor rec community needs shooters specifically, because shooters are helping to fund the habitat and wildlife that drive hiking, camping, and birdwatching (more on this later).

And if you’re a hunter and shooter who’s thinking, “Screw REI, and its customers. Who needs ’em?” hold on just a second. Hunters need the outdoor rec crowd, too. We largely count on them as the other half of our bipartisan support for public lands. But there’s even more to it than that. Hunting participation is on a long decline, and if hunters can’t recruit more general outdoor recreationists into our sport, then hunting—and all the habitat and wildlife benefits that come from it—may very well be doomed.

The REI petition and the escalated rhetoric that pits the outdoor rec crowd against the shooting and hunting crowd puts this alliance in jeopardy. With that in mind, here’s a look at the other side of the story.

Of all the companies Vista owns, none contribute more money to habitat, wildlife, and public land than its firearm and ammo makers. This funding comes through the Pittman-Robertson Act, which puts an 11 percent excise tax on manufacturers of guns (including ARs), ammunition, and archery equipment.

These tax dollars go the Department of the Interior, which then distributes funding to states for habitat conservation, wildlife research, hunter ed courses, and other uses that will increase hunting and outdoor recreation opportunity. According to the U.S. Fish & Wildlife Service: “[It] is the nation’s oldest and most successful wildlife restoration program.”

Hikers, birdwatchers, and cyclists who enjoy public lands benefit directly from ammunition and firearm sales (including AR-style rifle sales). And, Pittman-Robertson funds are apportioned through a formula that accounts for hunting-license sales numbers. So the more hunters you have in your state, the more Pittman-Robertson funding your state receives.

According to Ryan Bronson, Vista Outdoor Director of Conservation and Public Policy, “Vista Outdoor paid over $87 million in Federal Excise Taxes during our fiscal year 2017 to the Pittman-Robertson Wildlife Restoration Fund.”

Pittman-Robertson funds totaling $629 million were apportioned to states in 2017, and Washington state, where REI is based, received $10.2 million.

There is no equivalent excise tax on climbing gear, mountain bikes, hiking packs, or tents. In fact, the Outdoor Industry Association, which represents outdoor gear makers, opposes such a tax (the idea is commonly referred to as the “backpack tax”).

One of the benefits a company like Vista brings to the outdoor community is that it has money and sway on both sides of the aisle. It’s true the Vista Outdoor PAC contributed campaign funding to Rob Bishop (R-Utah), one of the leaders in an effort to transfer federal public lands to the states. But Bishop is also the Chairman of the Natural Resources Committee. He’s an important guy if you sell gear that depends upon the availability and use of natural resources. Vista contributes to Bishop so it gets a seat at the table when legislation that impacts its business is being discussed.

In 2016, Vista contributed money to representative Mike Thompson (D-CA), who is the chair of the Gun Violence Prevention Task Force in the U.S. House of Representatives and who is pushing for strengthened and expanded background checks. The company also gave money to the campaign of Dick Durbin (D-IL) who wrote an op-ed in 2012 advocating that “Magazine clips with more than 10 rounds should be prohibited from civilian use. No one should be allowed to purchase more than two firearms a month,” among other things. Durbin has an “F” rating from the NRA. You can see the numbers for yourself, here.

The takeaway: Large companies spend money with politicians who have views they support. They also contribute money to politicians who they might not agree with on certain issues but who they will have to work with anyway.

Dave Nomsen, Vice President of Pheasants Forever, works with Vista on lobbying efforts in D.C. PF’s main mission is to create and conserve quality habitat, and it sees Vista as a powerful ally when meeting with lawmakers. The fact that Vista has a broad portfolio and owns not just hunting companies but also has outdoor rec subsidiaries only helps their cause.

“That’s where Vista gets it,” Nomsen said. “If you want to do anything in the outdoors—whether that’s hunting or more general recreation—you have to have quality habitat and access.”

“D.C. is all about building partnerships and joint coalitions. If you drill down to it, you have to be able to touch 218 offices in the House and at least 60 senators, if you want to get something done in Washington. It’s fair to say that you want to cast a wide net.”

Along with PF, Vista also works with the Rocky Mountain Elk Foundation and the National Wild Turkey Federation. According to Bronson, Vista’s key conservation initiatives in D.C. are keeping public lands public (opposing transfers), funding CRP, and funding the Land and Water Conservation Fund. I suspect these very same initiatives are important to the people who are currently boycotting the company.

If consumers don’t want to buy Vista products, that is their choice. However, it’s unlikely that this sort of boycott will negatively impact Savage Arms’ business. In fact, firearm and ammunition companies typically see sales spike when gun control is hotly debated.

What this boycott will do is put a hurt on the people who work for Camelbak, Bolle, and Bell. It might give pause to other outdoor rec companies that dip into the hunting community, like Patagonia and Columbia. Everyone who enjoys the outdoors would benefit from powerful nontraditional brands like those putting energy into the hunting industry and potentially making hunting more welcoming to newcomers.

If we let it, this divisiveness will drive another wedge into the larger outdoor recreation community, sending hunters and hikers back to their separate corners to argue amongst ourselves, ultimately to be heard by no one.