Use These 5 Dirty Tricks for Lures to Catch More Catfish

Turn up the heat on your cat fishing tactics this summer 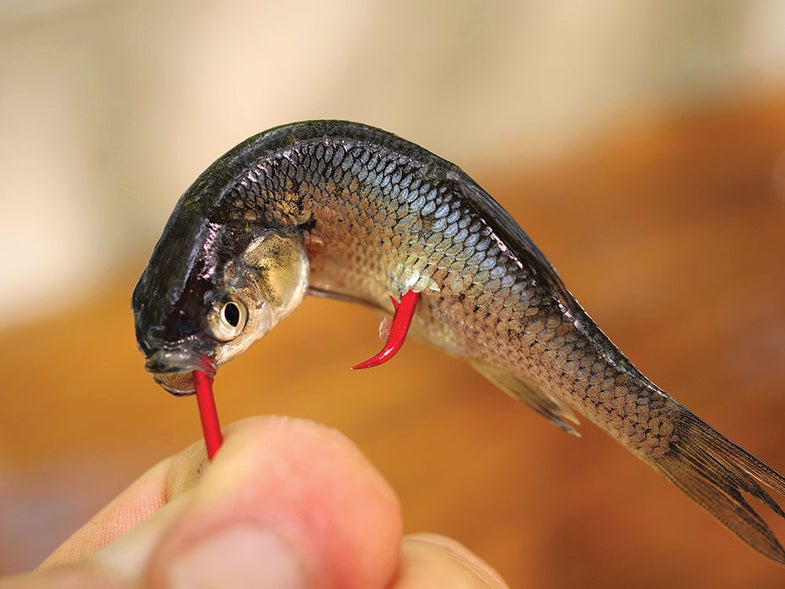 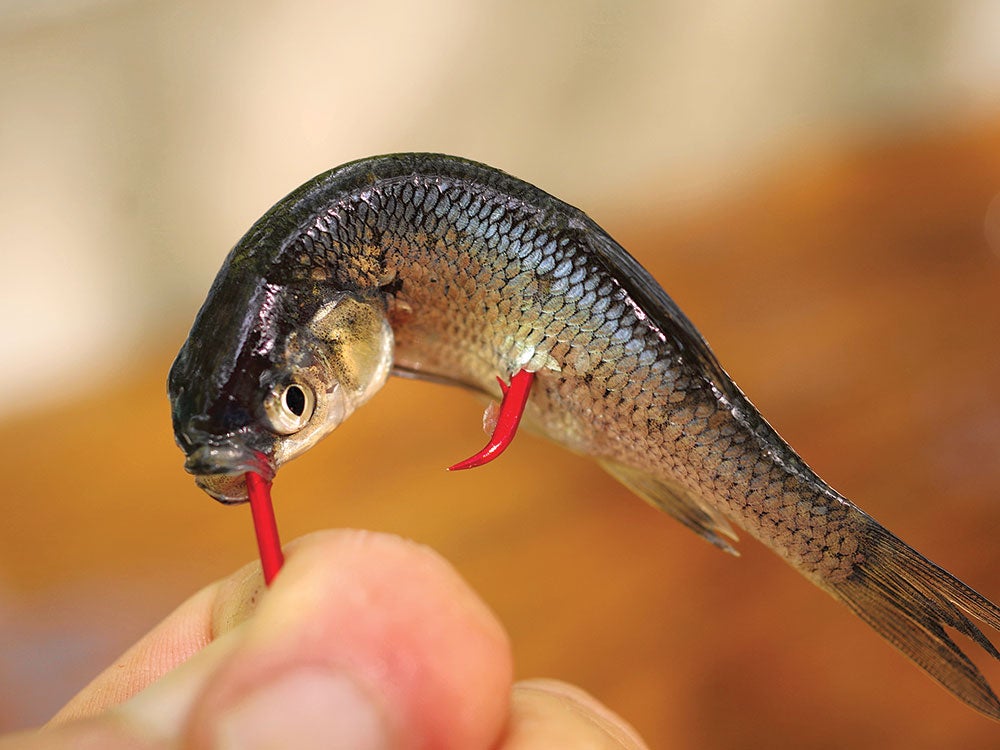 Dead shiners, chubs, and other small, whole baitfish work great for enticing channel cats in flowing waters. But a dead bait lying motionless on a stream bottom doesn’t work nearly as well as a bait fluttering erratically in the current.

To add realism to your bait, rig it with a pronounced bend in the body. Do this by running a baitholder hook with a barb on the shaft through the baitfish’s mouth, then down through the body and out one side. The cupped bait catches the current, causing it to rock about wildly, spreading scent and catching the eye of nearby cats. 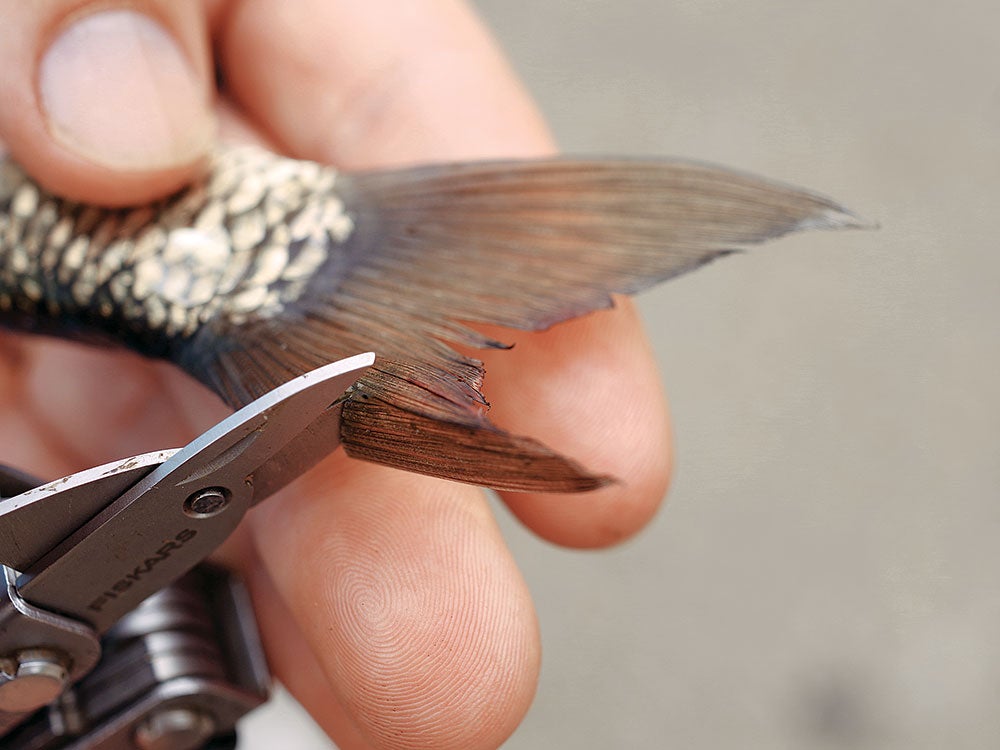 Prefer live bait to dead? Many anglers are partial to actively swimming sunfish, shiners, suckers, or chubs, assuming that they attract cats faster than one that’s dead and immobile. This trick will help even more.

Use scissors to snip off a portion of the baitfish’s tail and/or spiny dorsal and pectoral fins. This causes the baitfish to bleed and flounder in the water. As the blood trail flows and the disoriented baitfish darts about, actively feeding channel cats are drawn to the taste, smell, and injured-prey action. Hook the bait in the upper tail, just behind the soft dorsal fin. 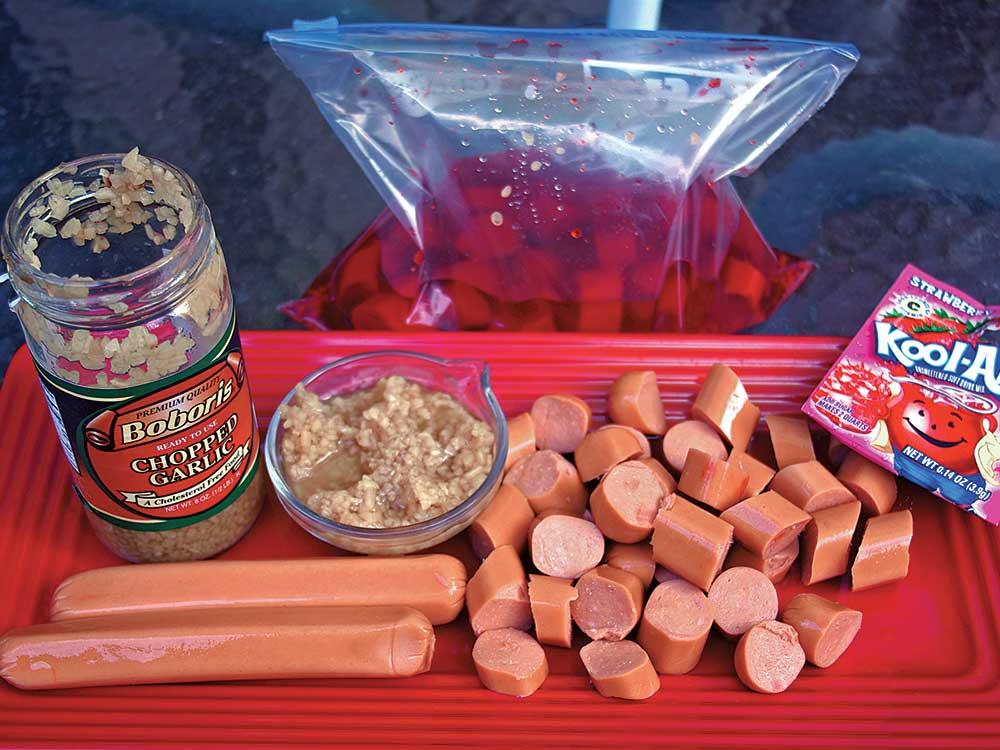 Hot dogs are an excellent channel cat bait. But anglers who use them contend you shouldn’t use just any hot dogs. They say the best aren’t the all-beef kind, but rather varieties made from chicken or turkey.

You can use the hot dogs right out of the package, but soaking them in garlic and Kool-Aid adds to their allure. Slice the frankfurters into ¾-inch-long pieces. Place the pieces in a zip-seal bag, and add three heaping tablespoons of chopped garlic. Now add one packet of unsweetened strawberry Kool-Aid and enough water to cover. The Kool-Aid is added for color, not flavor. 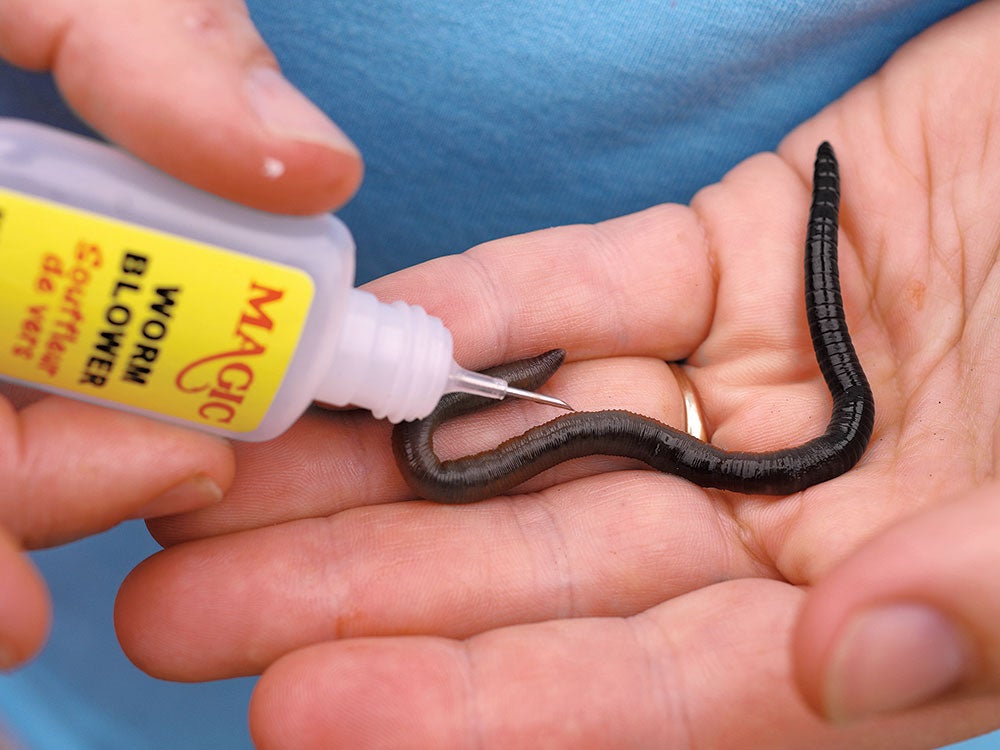 Catfish anglers invariably fish with worms at some point. Two of my favorite hacks are to soak them overnight in a jar of beet juice, and then when on the water, inject a shot of air into their bodies with a syringe or commercially available worm blower. The beet juice, according to veteran cat fishermen, toughens up the worms so that they stay on the hook a bit longer and the shot of air causes the worm to swell and float above bottom. Catfish are scent and sight feeders, and a floating worm is less likely to be camouflaged by the silty bottom. 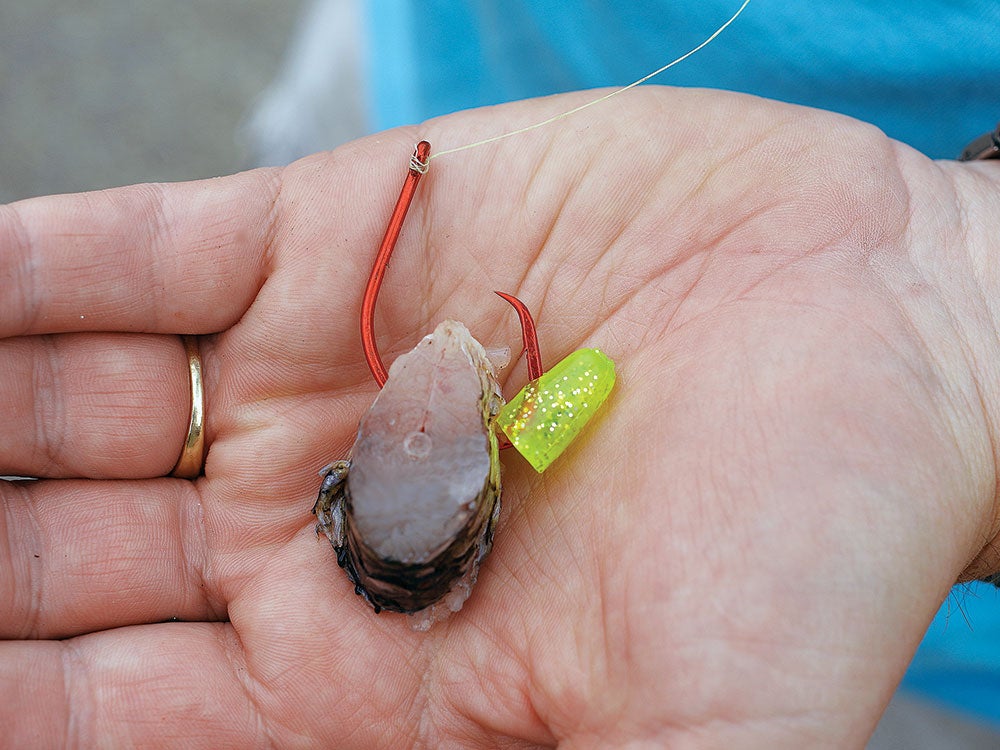 No matter what type of channel cat bait you use, add a ½-inch section of colorful plastic worm or grub on the hook along with the bait. (Be sure to leave the hook barb exposed.) This helps make the bait more buoyant and functions as an attractor.

To test its effectiveness, have one angler fish with the soft-plastic add-on and one without. Almost invariably, the angler using the piece of worm will catch more cats. And as any bass angler can attest, there’s not much else you can do with torn-up bits of plastic worms. Use fluorescent hues when the water is especially roily.