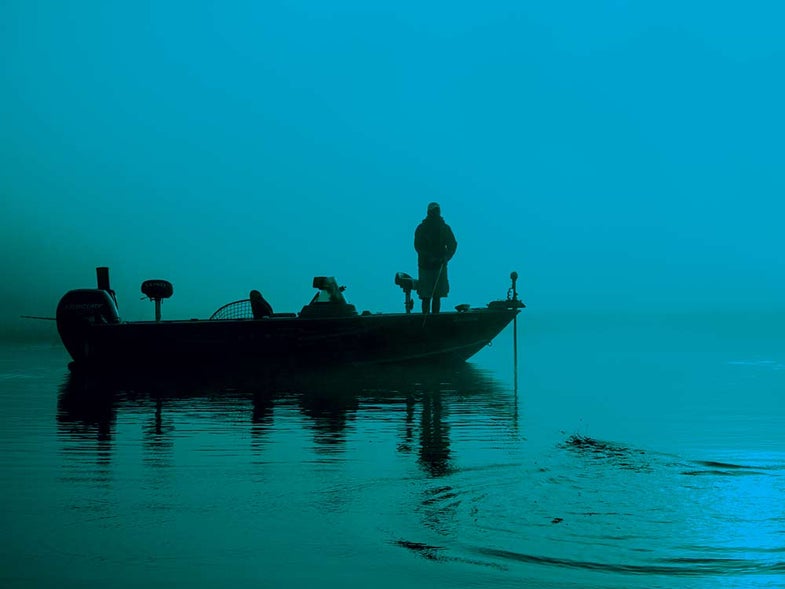 Muskies are already the fish of 10,000 casts, so imagine how much cooler it would be if that hit on cast 9,999 came on a giant topwater lure. If you know when and where to fire a big propbait or walk-the-dog during the dog days of summer, scoring what is arguably the most impressive hit in freshwater fishing is easier than you think. It’s all about understanding which conditions put the odds in your favor, and that can vary from region to region. While other species may slow down during the hottest months, muskies can actually get more active, and they need a constant intake of calories because their metabolism is at its peak. We tracked down five of the best muskie guides in the country to glean their tips and tricks for topwater success. Work their teachings (and muskie lures) into your summer muskie routine and hold on tight.

Sperry says that for him to get revved up about throwing topwaters in summer, both the moon and the sun have to align. “I’m most often fishing topwaters based on moon phases, and I look for the hottest possible weather,” he says. According to Sperry, the days immediately preceding or following a new or full moon will find muskies looking up. Although some anglers are turned off by a full moon, Sperry says those bright nights are just as good as the pitch black of a new moon. Sperry also wants the kind of hot spells that bring high humidity. He prefers fishing from early evening through sunset, because he knows muskies will come into the skinny water to hunt then. “Those big fish will be up shallow, and the only reason is to eat.” He’ll throw over the top and down the edge of weed patches in water ranging from 5 to 12 feet deep, and he says nothing calls them up like a walk-the-dog-style bait. Most of the time he casts a Poe’s Giant Jackpot.

Stevenson admits that, though it’s cliché, the early bird does get the worm. “It’s the guy who gets out on the lake first that catches muskies on topwaters,” he says. Although Stevenson has caught muskies on topwaters at virtually every time of day, the most reliable times are an hour before sunup and the two hours after sunset. “Once the sun rises and the fish have adjusted to the light, you can put the topwaters away,” he says. According to Stevenson, muskies will migrate into the shallows at night, when it’s cooler, and leave once the water warms up, making the first light of the day “last call.” Stevenson prefers humid days with a very light chop for throwing surface lures. He focuses his efforts on shallow bars, flats, river mouths, rockpiles, and channel edges. Stevenson believes covering as much water as possible is key, so he throws a propbait most of the time, with River2Sea’s Whopper Plopper and the Joe Bucher Top Raider being his go-tos.

According to Hulbert, nighttime is the right time to throw topwaters for trophy muskies on legendary Lake St. Clair. And if he has a choice, he’ll take humid, windless conditions. “I want a flat surface with little or no wave action at all,” he says. Weeds and rocks are key structures for Hulbert, and he’ll fish them in as little as 1 foot of water to as many as 12 feet once the sun sets. He stresses subtlety when fishing up top at night. “Put the loud topwaters away and work slowly,” he says. “Fish will have an easier time zeroing in on slow-moving baits, and they’re more likely to get hooked when they hit them.” Hulbert opts for flap-tail-style lures—the Lee Lures Top H20 is his ringer. Even though you won’t see a following muskie in the dark, Hulbert cautions not to skip the figure eight. He says to always keep the bait on the surface when it’s boatside, and never submerge the rod tip to pull the lure underwater. “If they’re gonna eat it, they’re gonna eat it on top,” he says.

Read Next: How to Start Your Own Muskie Camp

While some muskie anglers prefer hot weather for summer topwater fishing, Thomas looks for a break in the heat. “Prolonged heat waves here in Kentucky can slow muskies down, so I’m looking for a cold front. That’s usually the trigger that gets the fish moving again,” he says. Thomas has found that the first day after a cold front is the most productive for throwing surface baits, because the fish will slide shallow to feed in the more comfortable water temperatures. He likes to fish fast during these times and cover as much water as possible, and he does so by leaning on propbaits that produce lots of sound during a speedy retrieve. His favorite is the Lake X Lures Cannonball Jr., which he’ll cast over everything from submerged hard structure to inside weedlines when he’s looking for that surface boom.

Hamernick’s take on topwater fishing bucks the mindset of other muskie hunters. “I’ll tie one on when the wind is cranking,” he says. “These fish can get really amped up when there’s a surface chop. That’s the only time I’ve ever seen them go after a bait three or four times.” When Hamernick sees 2-foot waves, he targets the shorelines and rocks that are getting most heavily pounded by the wind. He says the muskies often feed in the most turbulent water tight to the bank. “If you’ve never seen a muskie jump straight through a wave to hit a topwater, it’s quite the spectacle,” Hamernick says. He prefers propbaits for their ability to surf the chop and make more noise than the kicked-up water is making. Hamernick’s top lure choice—which he says can be fished in the nastiest weather—is the Drifter Tackle Pacemaker.