3 Simple Tips to Step Up Your Trail Camera Game 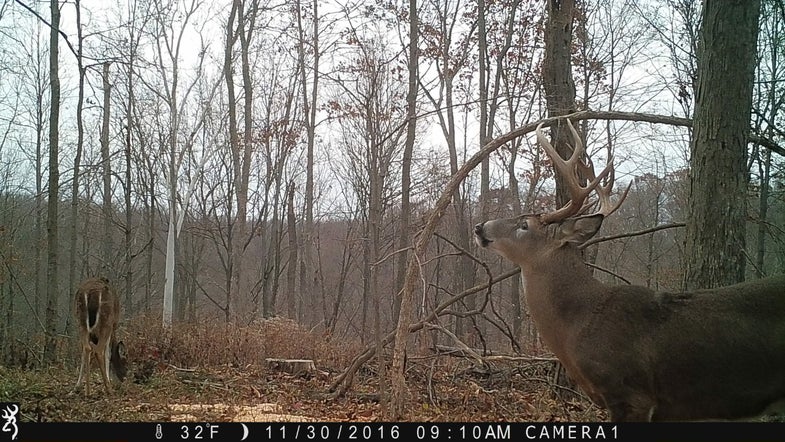 A few simple tricks can take your trail camera use up a notch. Tony Hansen
SHARE

Trail cameras have certainly had an impact on the way I hunt. Today’s cameras are better than ever and operation could hardly be simpler. That said, there are a few tips and tricks I’ve picked up over years of camera use that have taken my camera game up a notch or two.

Here are three of my favorites.

TIP 1: KEEP TRACK OF THOSE CARDS

I’ve done it far more times than I care to recall. I’ve been on a mission to swap out SD cards in multiple cameras. I’m in a hurry to not only get fresh cards in each location but to get back and review the images captured. I pop in a card and see…nothing. Somehow I’d taken a card from a location and slapped it into a different camera. To say it’s frustrating is an understatement. So I came up with this simple, effective system.

It starts with a portable case for holding SD cards. I’ve got a fair number of SD cards and thus multiple cases. But only one is marked for carrying into field while checking cameras.

When you remove a card from a camera, place it face-down in the case. Keep all the blank cards face-up. Now, at a glance, you’ll know which cards are clear and ready for use, and which contain the images you want to review.

I’ve caught plenty of nice bucks on my trail cameras. None of them have shown up day after day. Each of them has shown up sporadically and, seemingly, without rhyme or reason. Until I started placing a length of simple flagging tape in the background of each camera location. Suddenly, a pattern took shape.

Sun glare has ruined untold numbers of trail camera images. And it didn’t seem to matter much if the camera was pointed north, south, east, or west. The glare would remain at certain times of the day. The solution? A stick.

By placing my cameras a bit higher than usual (about head-high) and wedging a stick behind the top of the camera to force images to be taken at a downward angle, my issues with sun glare all but disappeared.