Can deer see trail camera flash, black flash, or IR? The answers might surprise you. 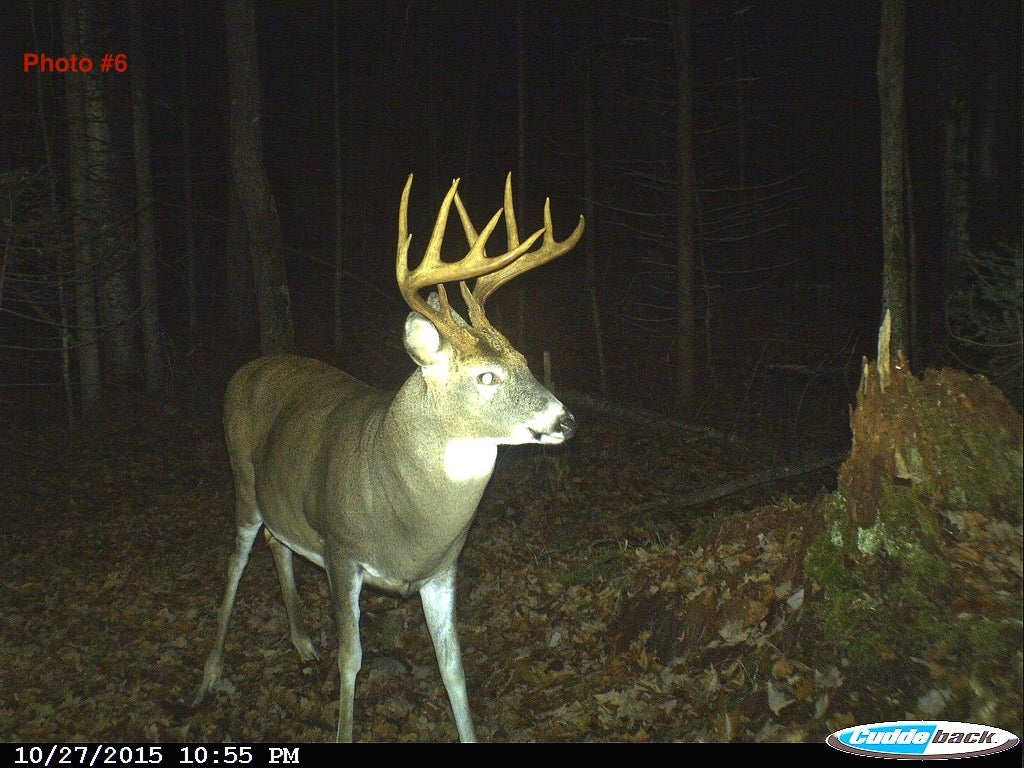 The information trail cameras give whitetail hunters is critical for consistently filling the freezer. These powerful scouting tools have given me the upper hand several times. Once during an October bow hunt in Wisconsin, recent pictures suggested I should overlook a small waterhole on the next northerly wind. In another situation, a trail camera monitoring a brassica food plot reported timely intel of a good buck feeding in daylight during Iowa’s late muzzleloader season. In both situations, the recent information helped me tag a nice buck. These stories represent the best-case scenario when it comes to leveraging trail cameras. But with so many options on the market ranging from infrared to black flash and even white flash options, it’s important to know when to use each type of game camera and if deer can see trail camera flash.

What Do Deer See

“With each research project that studies deer vision, we gather more and more data that gives us a better idea of how whitetails see. However, it’s almost total speculation to suggest how deer interpret what they see,” said Canania.

From ground scent to hunting pressure, countless factors impact how deer react to being photographed by a trail camera. Kip Adams, Chief Conservation Officer at the National Deer Association, has been using trail cameras since 1995 as part of his graduate work in New Hampshire while surveying moose using roadside salt licks. Since then, he’s integrated them into his scouting strategy for whitetails over the past 26 years. During that time frame, he’s observed enough deer behavior to fine-tune the cameras he adds to his scouting arsenal.

Adams uses white flash trail cameras during his annual trail camera survey he conducts each year in late August and early September on his farm. White flash cameras provide full-color photos at night, so he uses them to gather accurate data to estimate the number of deer, age class of bucks, adult sex ratio, and fawn recruitment rate of the whitetails where he hunts. He disperses five camera sites across the property, with one camera per 100 acres. So does trail camera flash spook deer? If you flash a white light at a deer, it’s going to see it, but that doesn’t necessarily mean it’s going to be spooked by it.

Despite the superior image quality of white flash trail cameras, Adams looks to IR and black flash trail cameras for most of his scouting efforts. Black flash and IR trail cameras have superior battery performance, which is a must when you’re soaking a camera in your favorite spot for months at a time. Contrary to the hype around these cameras being invisible to deer, Adams’ experience suggests otherwise.

“After taking hundreds of thousands of trail camera pictures since 1995 using white flash, black flash, and IR trail cameras, I’ve had far more deer react negatively to IR cameras than anything else. However, I feel human scent has a larger impact than any specific type of camera,” said Adams.

Jerome Hartmann is a big woods bowhunter from northern Wisconsin who targets mature bucks on public land. He uses IR and white flash trail cameras, but like Adams, his experience also suggests deer react more negatively to IR cameras than black flash, low glow, or white flash. “I prefer a flash camera over an IR model any day. Flash cameras provide better photos at night and may catch the buck of a lifetime in full color, leaving no doubt to what you’re looking at,” said Hartmann.

Like Adams, Hartmann has slowly transitioned to IR trail cameras, specifically in areas he knows he’ll monitor for a while before returning. “Batteries last longer in IR trail cameras. Most of my cameras are several miles in the woods and require a time commitment to check them. As a result, I let them soak as long as I can,” said Hartmann. “A mature buck might pick them out occasionally, but that’s a gamble I’m willing to take. A camera without batteries is a failure, missing out on valuable intel.”

Ultimately, human pressure will always significantly impact deer behavior than the type of trail cam you use. If you’ve used cameras for any amount of time, you too probably have sequences of photos of deer staring daggers into your trail camera. That scenario has likely played out just as often during the daytime when flash is absent as it has at night. “Visiting any camera location too frequently, no matter the brand or type of flash it uses, will have a much more negative effect on deer behavior than deploying even the cheapest camera but monitoring it wisely,” said Canania.

Deer hunters have endless options when it comes to choosing your next trail camera. Whether you’re looking for frame-worthy photos or want to keep tabs on that beaten rut funnel deep in the timber, there’s a tool for the job. Before you walk into your favorite sporting goods store and grab the first camera that’s on sale, you should understand your goals and be realistic about your expectations. White flash, black flash, or IR are essential considerations. Still, don’t overlook other critical trail camera specifications like trigger speed, capture modes, or whether or not you can rig a cable lock through the camera body.

Trail cameras are an incredible tool, but don’t let them fool you. The data they provide is a snapshot of a particular location and not representative of how deer use the entire landscape. Last year, Canania was just a few steps away from tagging what would’ve been his biggest buck. The chocolate racked eight-pointer was approaching his stand from a trail monitored by a trail camera. Before the buck could step into a shooting lane, it locked onto the strap of the camera as it blew in the wind before making an about-face and walking out of the bowhunter’s life.

Scouting effectively for whitetails requires a balanced combination of long-range observation, burning boot leather, and nerding out on trail camera data. Dialing in each of these tactics, especially trail cameras to monitor your favorite spot when you’re stuck at work will put more meat in your freezer and antlers on the wall.