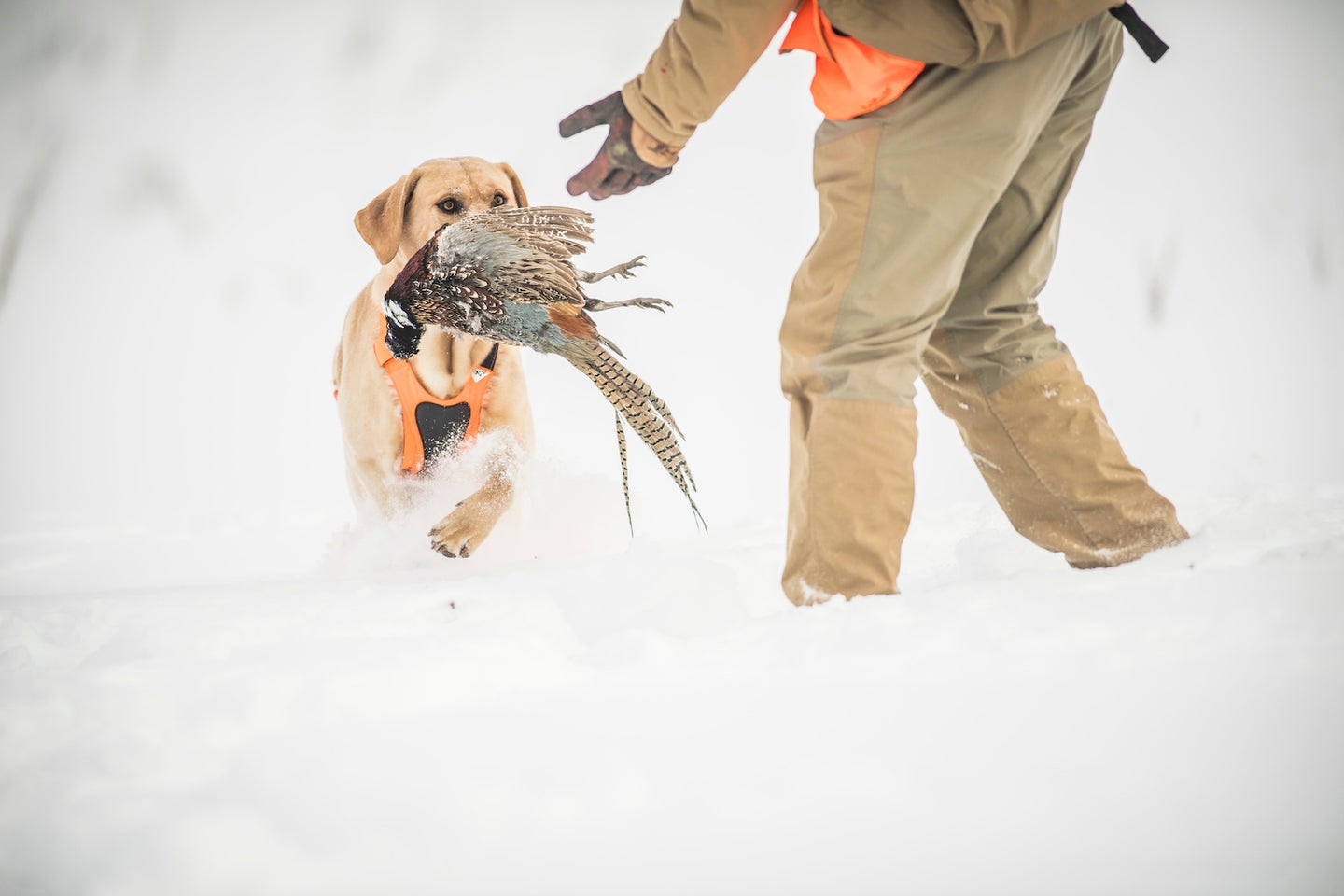 You don’t need a school bus full of hunters to mount a successful pheasant hunt. In fact, for Starbuck, Minn., hunter and former guide Don Nelson, the better part of his 60 days of hunting pheasants each year are spent with no company besides his faithful yellow Lab, Houston.

Nelson’s key to a successful solo hunt is identifying high-percentage pieces of cover and working them as efficiently as possible. Here, he shares his five best pieces of advice.

Nelson’s favorite time to hunt pheasants solo is late in the season, when the weather is crummy and temperatures are low. The conditions force the birds into more predictable areas.

“There’s less pressure, and birds are bunched up in heavier cover, like cane grass, willows, and cattails,” he says.

Small patches of cover might look more attractive to a solo hunter, but Nelson believes in going where the odds of seeing birds are highest. That means targeting the highest-percentage areas within big pieces of cover.

“I like seeing birds, and if you’re hunting small, isolated pockets, you might see one or two birds,” he says. “But I like watching the dog work when there’s lots of scent.”

The highest-percentage areas for a solo hunter are almost always along seams that separate food from cover. The essential element to hunting the seams is setting up for the flush—and the follow-up.

“The key when you’re hunting by yourself is knowing where the birds are trying to escape to, then putting yourself in position to cut them off, so to speak,” Nelson says. “Basically, the birds are always trying to get back to the swamp or shelter. If the birds are in the food plot or the corn, for instance, you want to position yourself between the food and the cover. There are going to be some birds walking in that area. Those are the birds most likely to flush within range. The birds that are in the corn when you take the shot might flush out, and then you’re in perfect position for a shot when they fly toward the cover.”

Evenings are prime time because birds will be making their way from feeding areas to cover. That means more birds will be walking along the seams. Even on the toughest days, you’ll cross paths with more birds just before dark.

The way to get within range of pheasants (without drivers pushing them to you) is to stay quiet and hunt into the wind whenever possible. Hunting upwind helps the dog with scenting, but it also camouflages the sound of your approach.

When faced with a large tract of ground that can’t be hunted in one pass, Nelson suggests sketching out a game plan based on the wind before you barrel in.

“I take the worst cover going downwind, because the birds are going to hear you and flush earlier,” he says. “I work the best cover back into the wind.” ––Curtis Niedermier

Hunting Solo with a Lab

Big pheasant drives are fun, but my favorite way to hunt roosters is just with me and my dog. Labs have a bad reputation in the pheasant field for ranging too far and flushing running birds out of range. But if you train your dog to work closely (and wait for you when she gets on a running bird) you can have lots of success with your retriever. The key, is to get your dog to hunt at the same pace as you.

I like to hunt quickly and follow my dog. I hit cover by heading into the wind, and then let my dog take me to the birds. When she speeds up, I speed up. If a bird is running flat out, I’ll rein her in and have her work close until we get to a break in the cover where that rooster will usually hold. Sometimes the bird will flush out of range. If that happens, I just keep hunting in that direction, because there’s usually another few birds that will sit tight instead of flushing wild. And sometimes, with especially tricky roosters, I just let my dog run…and I run after her.

I know if I cut her loose she’s going to put up the bird one way or the other. I’ve got a shot at running behind her and staying in range and there’s always the chance she could flush the rooster back in my direction. Sometimes it works, sometimes it doesn’t. But often that rooster will flush into cover where we can put him up again, this time at closer range. —Alex Robinson