Walleyes in the Uglies

Even small-water fisherman need a game plan to get a bite. These tips will put you on the right track. 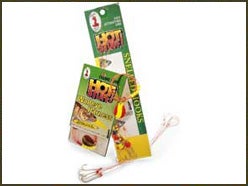 I don’t know how much hot water walleyes can handle, but I’ve caught them in the back ends of bays in temperatures getting up to around 90 degrees,” Mike McClelland, a walleye pro, once said to me.

Why would a walleye put up with conditions like that? It was forage, McClelland believes, that sucked in those fish. “The bait was there. The water was stagnant, but the fish showed up anyway.”

When it’s the middle of summer and you’re searching for walleyes, you might think that the best place to look is around rocky drops into deep waterÃƒÂat least on hot, bright days. Well, you could be thinking wrong. Right now, in many waters, walleyes can be much shallower than you’d believe, burying in and chomping on a variety of aquatic vegetation like pigs in slop wallow. Whatever the conditions or time of day, there are plenty of opportunities to find fish in shallow waters in summer. Let’s consider some of the possibilities.

Find the Food
In bodies of water with weed-oriented forage such as young perch and various types of shiners, you’ll find the weeds can produce walleyes all summer, regardless of how hot the water gets. Stocked walleye lakes that have little other structure or cover, or classic walleye lakes where the fish in deeper water are heavily pressured, are prime waters for shallow weed bites.

One of my favorite situations is when an algae bloom exists. The best spots are areas where algae is thick over outside weed beds at the mouths of bays, in coves and on flats with deeper water nearby. If you get new floating weed mats that have been blown in against the main weed bed, it’s even better. The fish will be right in the thick of the weeds.

On cloudy days or early and late in the day, the walleyes will rise near the weed tops just beneath the plankton bloom, meaning they don’t have to be picked out of the heart of the ugly stuff. Get a stiff wind going and it will pull the fish from the beds where they’ll hunt against and a little bit away from the outside edges. Here walleyes are easier targets for trolling methods: spinner rigs baited with leeches or crawlers, or crankbaits.

Straight, solid weed lines aren’t prime fishing targets. The exception in summer is a long, weedy point extending to deeper water where schools of open-water forage fish like shad might contact the weeds. I like irregular weed “structures,” beds with turns or little “cups” in them. Try to determine the general formation of weed beds before heavy algae makes the plants hard or impossible to see beneath the surface. Start on the outside edges of the beds, working obvious ambush points and bends with a weedless jigging spoon or curly-tail jig. Then move into the thickest part of the slop, which is where the real work begins.

Stealth Counts
If you already pitch for bass, you’re a step ahead. Use that method to present a curly tail or hair/feather jig or jig tipped with minnow or leech into weed openingsÐpockets or cuts. The shallower you go, the lighter your lure should be. I often drop spoons or jigs weighing an ounce or more on the outside of deep-growing weed beds. In the shallow stuff, 1/8-ounce lures are my standard. Some anglers use 1/16-ounce crappie jigs in extreme shallows. A rod at least seven feet long, though not as heavy as a bass flipping stick, makes this fishing easier. Another way to fish is simply to lower a bait-tipped jig through small weed openings. It’s likely you won’t feel the strike but only see the line twitch.

You will foul your lure continually. It may be so bad that you’ll be picking off weeds after every presentation that doesn’t produce a fish. You can avoid this by using a slip float to dangle bait in pockets, but it’s a slow way to locate fish. Filamentous algae or moss is the toughest to fish, although it does produce walleyes. Getting an offering through it totally cleanÃƒÂunless there’s a tiny breaakÃƒÂis impossible. But with natural, lively bait tipping a lure, fish will often hit. Frequently there will be a layer of clear water between the surface and the moss. Walleyes sometimes will cruise that thin layer in low light, but you’ll have to make a quiet presentation.

Milfoil and coontail are easier to handle. Though the weeds often form nearly impenetrable surface mats, scattered openings will exist. These weeds are thickest at the surface and there’s plenty of room underneath for fish to navigate through the maze in search of food.

So-called cabbage weed is no problem. If you snag, yanking a jig or spoon that has nailed a leaf or stem will rip the hook through in most cases. And many times that fast lure release will trigger a strike. The same rip-through technique works when using lipless vibrating plugs like a Rat-L-Trap. Cranking and twitching shallow-running minnow baits or thin-profile soft jerkbaits over the weed topsÃƒÂassuming the growth affords you that luxuryÃƒÂalso scores fish during low-light conditions.

**The Inside Track **
Clear-water lakes or reservoirs produce wonderful shallow weed-oriented fishing at night and at dawn or dusk. My top target areas during these times are open-water slots between shore and the start of the weed beds.

None of this weedy business is any good if there is no forage in the beds, and the only way to determine that is through a stealthy hunt along the vegetation. Use your electric motor at slow speed. In the thickest stuff and extreme shallows, consider using a push pole.

If you choose to pole, don’t be greedy. You and your fishing buddy can alternate from time to time, unless your buddy really owes you a big one.