What’s the right level of magnification to use for hunting? 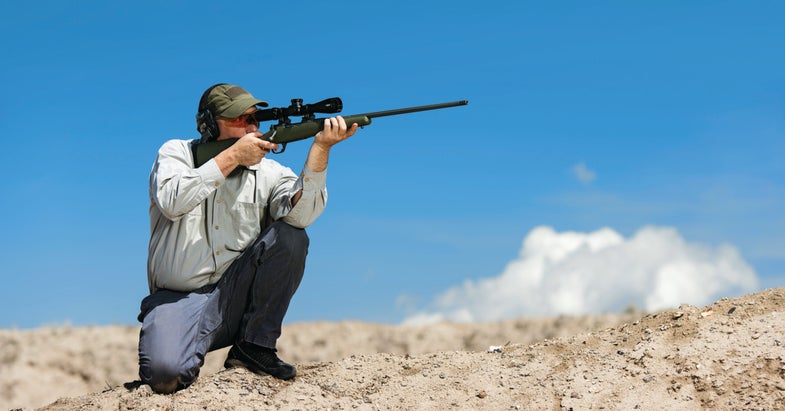 For decades now, the most popular scope for big-game hunters has been the 3–9×40. This ubiquitous configuration still rules the roost, but it possesses an ever-shrinking share of the riflescope market. Scopes with higher levels of magnification are gaining ground, a trend fueled in no small part by the current hype over long-range hunting and shooting.

The natural temptation with a high-magnification scope is to crank it up and shoot with it at its highest setting. More magnification is better, right?
Well, not so fast. We are told that too much magnification comes at a cost. The narrower field of view makes target identification and reacquisition more tricky, and the gains in accuracy are less than one might imagine.

To put these assertions to the test, I ran a series of drills. I shot a Legendary Arms Works Professional in 6.5 Creedmoor using three sights with different levels of magnification. I did these tests with Hornady’s 140-grain A-Max load, which delivers consistent accuracy. The goal was to compare the accuracy and speed of each sight.

For accuracy, I shot them off a bench and took the average of three 5-shot groups at 100 yards. To test their speed, I shot them from the kneeling position at a 6-inch target placed at 75 yards. I did this three times for each setup, timing how long it took me to run the target clean with five hits. The results are presented in the chart on the opposite page.

I would caution you not to interpret the results as critiques of the particular sights per se. All are excellent marksmanship devices—that’s why I chose them. The point was more to illustrate what happens when you settle on a particular level of magnification.

The Results
At 100 yards, the Aimpoint was the least accurate, but its 2.179-inch groups are more than adequate for hunting deer at that distance and beyond. During the speed trials, it was the undisputed champ.

At the other end of the spectrum, the Bushnell set at 12X offered a minor accuracy advantage over the Swarovski set at 4X—less than ²⁄₁₀ inch. For practical hunting purposes, having that scope at 12X would offer no meaningful benefit. The downside was much slower times during the speed drills.

The Swarovski at 4X hit a sweet spot. It was both fast and accurate. The crosshairs allowed for precise shot placement, yet the generous field of view allowed it to get back on target quickly.

This isn’t to say there’s never a reason to crank a scope up to a high setting. But once your rifle is zeroed, you can have confidence that your crosshairs will put the shot where you want with moderate levels of magnification at distances that might surprise you. And should you need a follow-up, you’ll be in a much better position to get one off.